Tony Shepherd has left the Business Council demanding Labor "be held to account" for its fiscal decisions. Bernard Keane and Glenn Dyer wonder which decision those might be.

Well, the outgoing head of the Business Council of Australia, Tony Shepherd, just couldn’t help himself. After studiously avoiding any partisanship during his tenure at the BCA, at the handover last night to the new council head, Catherine Livingstone, Shepherd finally unveiled his true political colours, declaring that Labor needed to be “held to account” for its fiscal decisions and declaring that the Business Council had adopted the “moral and correct” stand on the budget compared to that of Labor.

This got us wondering exactly should Labor be “held to account for”. Its GFC stimulus that saved hundreds of thousands of jobs and thousands of businesses, as well as the revenues of most of the BCA’s members? Presiding over a substantial fall in the proportion of tax revenue to GDP compared to the Howard years? Perhaps Shepherd would have preferred Labor to keep taxing Australia at a tax-to-GDP ratio of 23.6%, as in the last year of the Howard government, rather than the 21% it averaged under Labor? Or maybe Shepherd thinks the 2% corporate tax cut proposed by Labor under the original mining tax wasn’t “moral”, or the 1% corporate tax cut that the Coalition blocked? Or that Labor should be “held to account” for that triple triple-A credit rating it achieved under Wayne Swan?

Perhaps Shepherd has changed his mind from December 2012, when the BCA declared that Labor abandoning its commitment to a 2012-13 surplus was “appropriate”. And it’s a definite change in tune from 2011, when the BCA said of the budget of that year — which would eventually bring the only fall in actual Commonwealth spending in the modern fiscal era — “this is a sound budget to support a stronger future”.

Shepherd particularly seems incensed that Labor built unsustainable spending (read: the National Disability Insurance Scheme and Gonski education reform) into the budget — chiming with the latest line from Treasurer Joe Hockey, who, having run into trouble over the last two weeks over his dodgy Mid Year Economic and Fiscal Outlook numbers (he never answered shadow treasurer Chris Bowen’s questions about his invented forecasts), is now claiming Labor has placed fiscal land mines in the years beyond forward estimates.

In which case, you’d expect Shepherd, or at least someone from the BCA given Shepherd by that stage had his Dean Acheson moustache buried in the Commission of Audit, would have been incandescent with rage with Hockey’s decision in November to abandon the increase in tax on superannuation earnings over $100,000 a year, which then-treasurer Wayne Swan announced before last year’s budget. That was one of a suite of measures intended to put the budget on a long-term sustainable footing and fund NDIS and Gonski. Hockey’s reversal of it cost the budget over $2 billion over forward estimates and will cost billions more over the long term.

Well, the BCA did say something about Hockey’s decision: it lauded the reversal because it would “boost business certainty and confidence by clearing the decks of a number of recent piecemeal changes”.

“In comparison, incoming head Catherine Livingstone has a far superior track record as a corporate leader.”

Shepherd’s other lament was that we “have lost some of our pioneering spirit and become boring and conservative”, and we fail to pay proper respect to businessmen (they were all men) like Rupert Murdoch, Andrew Forrest and the Pratts. That’s Murdoch of phone-hacking fame, Andrew Forrest, who was found by a court to be an “untruthful witness“, and Richard Pratt, the confessed price fixer and part of “the worst cartel to come before the courts in 30-plus years”.

In fact, Shepherd is exactly the boring, conservative — with a capital C — figure that is the problem with contemporary Australia: a business figure instinctively supportive of the Liberal Party regardless of what it does and capable only of pushing a business policy agenda that was written in 1850: cut taxes (mainly cut company taxes and taxes on the wealthy; if you need to increase taxes on ordinary consumers that’s OK), deregulate industrial relations regardless of its impact on productivity or equity and cut “red tape” regardless of its impact on good governance, the environment or workplace safety. Worst of all, he’s happy to lecture the rest of us on the economic medicine we need to take when his own performance has been less than stellar. Under Shepherd, Transfield posted a year to June net loss of $254.4 million last year, compared to a net profit of $96.4 million from the year before. More than 350 jobs went at the company in its last year, and another 180 are going this financial year. Shareholders and employees suffering for the poor management and weak performance of Shepherd’s company might be a little reluctant to cop his advice.

In comparison, incoming head Catherine Livingstone has a far superior track record as a corporate leader. She was a successful CEO of Cochlear, one of Australia’s rare technology success stories, then chair of CSIRO, the country’s premier research organisation now being gutted by the fiscal stringency of the Gillard government (will Shepherd hold them to account for that?).

But she cemented her reputation as chair of Telstra, where she’s been since 2009, replacing the abrasive Coalition-aligned Donald McGauchie. Livingstone had to pick up the mess at Telstra left behind by McGauchie and his disastrous CEO, Sol Trujillo, which she has done with the current CEO, David Thodey. As a result, Telstra’s share price has slowly recovered, topping the $5 mark for the first time in years in 2013. Telstra’s earnings, cash flow and now dividend have all improved. And all without a hint of her political allegiances — if anything, Livingstone gives the impression of being apolitical, if conservative in the traditional, rather than partisan, sense. If anyone can restore the BCA’s policy credibility, it will be her. 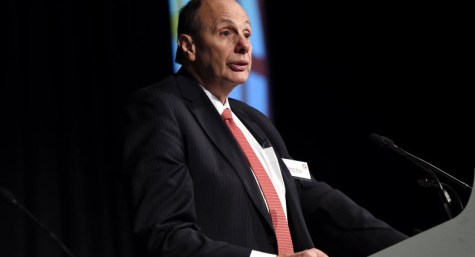 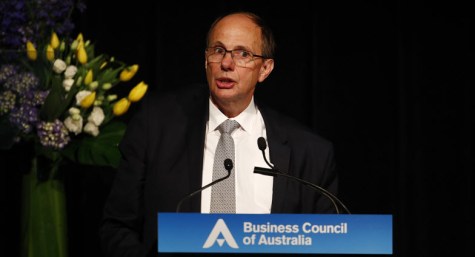 Maybe he just wants a job with “Abbott Inc.*”?

Can’t wait to see his audit!

He wants the position as chief under-achiever in charge of the rAbbott mediocrity inc.

Just renewed my sub after a couple of months out in the cold.
“Mea culpa” (please note George P) grateful to rejoin the fold.
“Love your work”!