Move over, <em>BuzzFeed</em>: how <em>Junkee</em> is making its own way (and making money) online

If Junkee can survive BuzzFeed, the team at Sound Alliance will have created something rather unique. But read the fine print on who's paying for some of the content.

Smart, ballsy or funny — that’s how Sound Alliance CEO Neil Ackland describes the vision he and his team had for upstart pop culture website Junkee.

“We looked at pop culture, and we felt like it was being dumbed down,” he said. “We could see a huge shift in the news consumption habits of young people. They get their news from social media, and they share what makes them look funny, clever or interesting.”

And so a year ago, Junkee was born. It’s since cemented its place among Sound Alliance’s stable, which includes youth websites like FasterLouder, InTheMix and SameSame. It’s already surpassed 600,000 unique browsers in March (an exceptionally good month for traffic), and commercially, it’s tracking ahead of expectations. It’s through Junkee that Sound Alliance, Australia’s leading youth publisher, pioneered the use of “native advertising” (or branded content) in Australia — such advertising now contributes close to 20% of total revenue.

Native isn’t a new concept globally; it’s a key part of websites like BuzzFeed overseas. But Sound Alliance is the first company to take it up in a big way in Australia. The company’s positioning has helped, Ackland told Crikey. “Brands tend to be more open to experimentation on youth campaigns,” he said. “It’s not been that difficult to get interest from brands and media agencies around what we’re doing. We’ve had 12 months of really evolving and refining the model, and the results are getting better and better.”

Native advertising can be described as advertorial on steroids. Instead of relying on the clout of media personalities to add their credibility to a brand, the brand borrows from and leans on the editorial sensibilities of a media outlet. The idea is for the advertising to be less intrusive and more of what users would want to read.

It is not hard to find advertisers to keen to reach Junkee’s young, savvy audience. But Junkee covers pop culture with a difference. It largely eschews the listicles and opinion pieces common on many similar sites, for example. Managing editor Steph Harmon says she doesn’t want to add to the “online echo chamber”. And so, her team commissions content that’ll give its readers a deeper look. For example, a recent piece on Vogue’s decision to put Kayne West and Kim Kardashian explores the business decisions behind the editorial choice. And yesterday, the website published a long piece of narrative journalism examining the eviction of hundreds of residents from community housing in Sydney’s Millers Point as the area gentrifies (James Packer’s casino development is next door).

That kind of journalism is expensive. Harmon says she’d like to commission more long-form stuff, but the company is still searching around for a model to make it viable. Like many online operations, Junkee’s core staff could share a cab. And the type of writing the website relies on for its point of differentiation would be hard to pay for with traditional display advertising (though Junkee has some of that too). That’s where native comes in.

Harmon is heavily involved in the native advertising process. Sound Alliance’s native editor gets a brief from the company’s sales people and sends it on to a group of writers. They pitch ideas for the brand, and she commissions the best one.

The piece then goes to Harmon. “I need to be OK with it,” she said. “It also needs to be the type of thing you’d see on Junkee … I edit it the same way I edit any other piece. It just goes through a few extra layers.”

Native advertising relies on creating viral, branded content. But aren’t corporate brands likely to only approve boring content? Harmon admits it’s an ongoing challenge to lift the bar, but says the brands who use the website are the ones that understand what works online.

In this sense, BuzzFeed coming to Australia could be good for Sound Alliance, Ackland says. “It’ll open up the category. As awareness for this kind of advertising goes up, budgets go up. And we’ve got new players coming into the market who have a whole lot of experience in native advertising overseas. I think we’ll see the whole sector really exploding,” he said.

Harmon is also not worried about competition from BuzzFeed. “I’m actually really excited for BuzzFeed’s launch,” she told Crikey. “They have a very different tone to us. And anyway, sites like ours don’t just compete with Australian entrants.”

For Harmon and her team, editorial and commercial successes have so far gone hand in hand. The early success has fuelled big ambitions — if the company can pull it off, it will have created something quite unique.

“The longer I’m involved, the more I notice differences with other sites,” Harmon said. “Rather than looking up at sites like Gawker and Jezebel and trying to emulate them, I can see things they’re doing we’d shy away from. I don’t think I could find any example of a website exactly comparable to what Junkee is right now.” 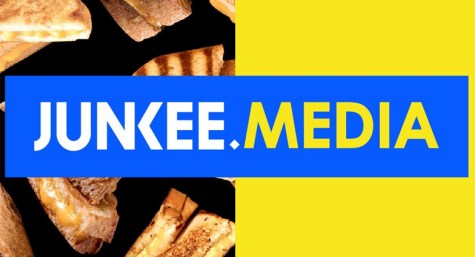 Been increasingly impressed with Junkee, they cover the youth/pop culture stuff without dumbing it down too much or resorting to clickbait. Worth subscribing to their mailing list.

I’m of an age that is probably well outside junkee’s “target demographic”, and I confess a lot of its feed doesn’t interest me at all. Nonetheless, this (from late last year) was one of the best things I read on the innernet evar: