‘A bright future in his hands’: the rise and rise of Jokowi

Jakarta's young, likeable Governor is one step closer to the presidency, with the backing of a powerful party. But Stuart Ranfurlie, a freelance journalist in Jakarta, asks: is he ready for the big league?

The formal entry of Jakarta Governor Joko “Jokowi” Widodo (pictured) into this year’s Indonesian presidential race represents not just the rise of a likeable everyman to the forefront of national politics but the emerging influence of a new generation of Indonesian voters who came of age after the downfall of President Suharto in 1998.

Widodo cleared a major obstacle on Friday in his bid to be Indonesia’s seventh president when the chairwoman of his Indonesian Democratic Party of Struggle (PDI-P), former president Megawati Sukarnoputri, declared that she would not seek the nomination herself and endorsed Widodo to be the party’s standard bearer. Sukarnoputri, a 67-year-old whom opinion polls showed to be vastly less popular than the 52-year-old Widodo, had been under growing pressure to withdraw from the race.

PDI-P had previously declared that it would decide on its candidate for July’s presidential vote after the legislative elections scheduled for April 9. But Sukarnoputri’s candidacy had become increasingly untenable, and having Widodo confirmed as the party’s candidate will serve to strengthen the party’s vote at next month’s election. To nominate a candidate in the presidential ballot set for July 9, a party, or coalition of parties, must amass at least 25% of the legislative vote, or 20% of the legislative seats, meaning a strong performance next month would have been vital to Widodo’s chances.

The announcement serves as a blow to the two other candidates most likely to feature in the presidential race: former military leader Prabowo Subianto (aged 62) and billionaire businessman Aburizal “Ical” Bakrie (67). Both have the party machine across all 34 provinces and deep pockets necessary for a tilt at the presidency, but lack the excitement factor of the younger Widodo.

Both Subianto and Bakrie were significant figures during Suharto’s New Order period — Subianto (who married Suharto’s daughter) as a military leader, and Bakrie as a powerful tycoon. Their role in the Indonesian psyche is as throwbacks to a bygone era, whereas Widodo represents a modern, cosmopolitan future. Indonesians seem to favour the latter; a December opinion poll from Kompas newspaper put Widodo’s vote at 43.5%, while Subianto’s vote stood at 11.1%.

The rise of Widodo, a small-businessman who served as mayor of the historical Central Java city of Solo before becoming governor of Jakarta province in 2012, says much about the shifting demographics of Indonesia. Much of his support comes from people aged under 40, who can be said to have reached political maturity after the fall of Suharto. Indeed, many of the students of 1998 who were instrumental in Suharto’s downfall are now among the Widodo’s biggest supporters. To these people, the greed and patronage of the New Order period represents a dark period in the country’s history, and they are eager to rally around the next generation of leaders.

A glimpse into Indonesia’s youthful demographics reveals why Widodo’s appeal to people under 40 can be enough to propel him to the presidency. Like many developing countries, Indonesia is in the early stages of enjoying a demographic dividend, with many young people entering the workforce. About half of all people eligible to vote are aged under 40. Indonesia’s average age stands at 29.2 years, compared to 38.3 in Australia and 36.7 in China. More than half of its population is now considered urban, with the annual increase estimated at 2.5%. Where once older rural citizens were the demographic centre of gravity, now it is urban youth who play that role.

Of course Widodo does enjoy some support among older voters, but many of them are more comfortable with the continuity represented by his rivals.

“Jokowi employs all characteristics of a true leader,” Natalia Ratna Yulianti, a 33-year-old academic from Semarang in Central Java, told Crikey. She pointed to his willingness to serve, his adherence to his principles and his humble nature as the qualities that made him an ideal candidate. “I can see a bright future for Indonesia in his hands.”

PDI-P campaigners, acting as a proxy for Widodo until this point, have proven extraordinarily skilled at leveraging support on social media. The candidate himself has in the past been a lively tweeter (@jokowi_do2), and his supporters have jumped online to celebrate his no-nonsense approach to modernising the sprawling capital of 10 million people. Indeed, Sukarnoputri’s announcement on Friday was preceded by a tweet from the party in a bid to capture attention.

The use of social media allows Widodo to bypass one of the biggest weaknesses of his campaign: the lack of a national television network in his pocket. With control of tvOne, Bakrie has an easy way to get his campaign message out, while Subianto is also on good terms with proprietors. But in targeting younger voters Widodo’s online campaign will be hard to beat.

Perhaps the best demonstration of the way Widodo represents a leap over the generational divide is a campaign video used in his 2012 bid for the Jakarta governorship. The astonishingly good video, set to the tune of One Direction’s What Makes You Beautiful, doesn’t feature the candidate himself but instead shows an easygoing youngster encountering benign indifference from an arrogant public official. Infuriated by the high-handed arrogance of the paper-pusher, our hero teams up with other frustrated citizens to declare they are seeking change, in the form of Widido and his deputy. It’s not hard to see the metaphoric significance of the video’s disgust with a haughty, New Order-style, official …

But even some of Widodo’s supporters express the view that it is too soon for the governor to run for national office. “I think he can be a great president, but I think this year is too premature for him to run,” Citra Savitri, a 31-year-old communications officer for a nongovernmental organisation in Jakarta, told Crikey. “The presidential race is a fierce competition. I sincerely hope he won’t be overwhelmed by all the pressure and the politics in play, as our government is known to be very corrupted. I, together with a lot of people, would hate to lose another good, honest person in the battle to create a better government for Indonesia. I am sure he can be more ready, and stronger, if he is running for 2019.”

It appears highly unlikely, however, that Widodo will delay his ambitions until the next election.

As for what to expect from Widodo as a candidate, it’s hard to know. In keeping with his pledge thus far to dedicate himself to his work as Jakarta Governor, he has been careful to avoid engaging in national debate. Instead, he has sought to get on with business — cleaning up the civil service, giving the green light to a monorail and mass rapid transit project, and relocating residents from riverside slum areas and businesses from a chaotic central market. His appeal comes from his attitude rather than any particular policy; where most Indonesian leaders seek to laud their power over the people, Widodo presents himself as a humble servant of the people, rejecting the trappings of office and making himself accessible to his constituents.

For Australians anxious to know what his presidency would mean for the fraught bilateral relationship, it’s hard to know. Widodo has said little about foreign policy thus far, and beyond the involvement of some foreign investors and donors in big municipal projects, he has had little experience of professional international engagement. But given he represents modernity and dynamism in a very traditional society and carries remarkably little baggage, he seems like a leader Australia can engage with. 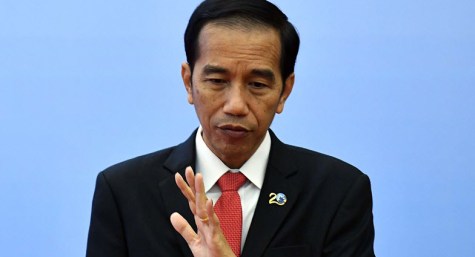 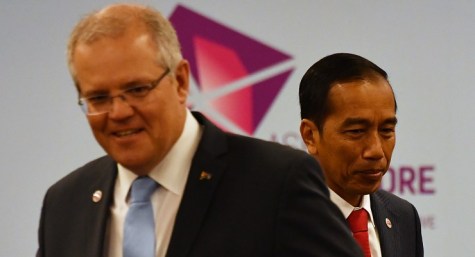 Thanks for this article Stuart.
It passes the test.
I’m better informed after reading it.
BTW
That’s one slick (and very good) video.

Good to see reporting on our nearest neighbour. Keep it up!

A real good summary worth reading.

Foreign affairs in Indonesia has been pretty much a status quo for a while, with the media leading the charge while the vocal parts of the population speaking the loudest when relations with neighbouring countries go sour.