There's good reason why cabinet documents are kept under wraps. Releasing them to a royal commission is a dangerous precedent, writes governance expert and ACIL Allen executive director Stephen Bartos.

It is one of the fundamental conventions of our Westminster system: when a government changes, all the records of its cabinet discussions are locked away and kept confidential for 30 years. It allows cabinet discussions to be honest and forthright; a government can make decisions and have them recorded with confidence that if it loses an election its opponents will not have access to the papers.

Now a chink has emerged in the conventions.

At a Senate estimates hearing yesterday, the Department of Prime Minister and Cabinet revealed it had handed cabinet papers from the Rudd government to the royal commission into the home insulation scheme. It had done so following “a decision made by the Prime Minister”. It was, according to Labor Senator John Faulkner, a “breach of 113 years of government and cabinet practice and convention”.

The department official was asked if there were precedents. She said “cabinet material” (unspecified) was provided to the Clarke inquiry into the Muhamed Haneef matter (an immigration case) “under very strict conditions”. She also said cabinet documents had been provided to the Centenary House royal commission (from context it appears she was referring to the second of two inquiries into a lease arrangement over a Canberra building).

A government has far more leeway when it comes to its own documents than those of previous governments — giving a new government access to its predecessor’s papers would open up the cabinet process to political mayhem. It would be hard for any government to make good decisions if it felt that after it lost an election its newly elected opponents could trawl through cabinet documents to find embarrassing details to use as political ammunition. Nobody would ever suggest this, and all sides of politics know the merits of the convention.

The present situation is more complex. The royal commission could compel the officials to provide the documents. Royal commissions have enormous powers. They can call anyone to appear and ask for any documents they want. It’s not just past prime ministers — they can even call a serving PM to give evidence (as happened with the Cole inquiry into the AWB grain for oil scandal). So it’s arguable that all the department officials are doing is responding to a request the commission could in any case enforce.

The department has asked the commission to keep the documents confidential, and it passed them on directly rather than showing them to anyone in the present government — both prudent steps. The department also indicated that if the commission intended to disclose the contents of the cabinet documents it would argue against this on public interest grounds.

There is, though, a counter argument that the department could have declined to provide the documents and made the argument on public interest grounds from the start: that is, test the resolve of the royal commission. It might turn out that the commission did not need to see the cabinet documents and could be satisfied with the numerous other papers and minutes provided, or that it could have been persuaded of the public interest merits of keeping cabinet papers locked away. Faulkner pointed out that with the Centenary House commission the department had at first argued strongly against releasing the documents.

That the Prime Minister told his department to hand over the documents should surprise nobody. The royal commission into home insulation appears aimed at finding fault with actions taken by the previous government. Its terms of reference clearly point it in a particular direction. That contrasts with the other royal commission currently underway into institutional responses to child sexual abuse (set up in January 2013), which is a more open-ended inquiry with bipartisan support.

This is an area of judgement with no right or wrong answers. It puts the public servants concerned in a very difficult position. It is hard for them to defy a specific instruction from the PM.

The ultimate test of the merits of this release of cabinet documents will be what the royal commission does with them. If it keeps the contents wholly confidential and makes no reference to them in the report (that is, uses them as background information only) then the Westminster conventions will be safer.

The worrying scenario is if the royal commission report reveals contents of cabinet discussions, either directly or indirectly, on the basis of the cabinet documents provided to it by the PM’s department. If it were to do so it sets a dangerous precedent — opening up the prospect of future newly elected governments establishing royal commissions for the purpose of evading the conventions and having the previous government’s most embarrassing cabinet papers revealed via the back door.

That would be bad for all future governments of whatever political stripe.

Can’t handle the truth? On the front line in the Coalition’s war on scrutiny 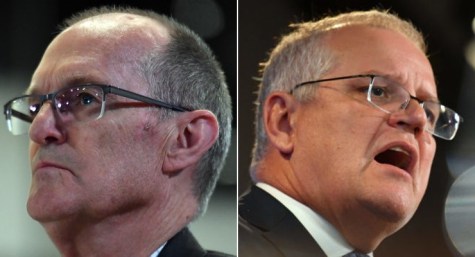 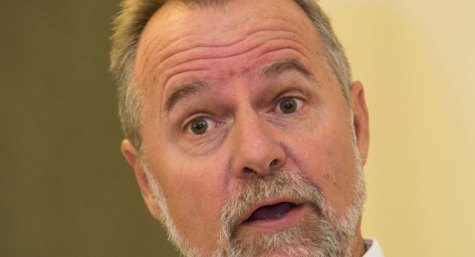 Labor should cut it’s losses now – eventually (sooner with Abbott:longer with Shorten) they’ll win power and be able to treat this government to the standards they’re defining now.
Then we can get a look into Iraq, Patricks, AWB, ANP etc too.

[It’s funny how this mob want to demonise the likes of Assange and Snowden – when they get the chance they’ll do much the same thing. For the partisan politics.]

No doubt about it, Abbott’s gone batty over this. How and when, we can’t be sure, but this will definitely turn around and bite him and the LNP one day. What a grub.

“…they can even call a serving PM to give evidence (as happened with the Cole inquiry into the AWB grain for oil scandal).”

For those with poor memories, John Howard appeared at the Cole Royal Commission on the Thursday before Easter. The perfect day to make sure any possible bad news sinks without trace…

Abbott’s whole life has been as a faithful attack dog, biting the bums of those on whom he is set by his masters. Befehl ist Befehl. He does not lead. He does not think of consequences. His current master is Murdoch, so Australia is now run by Newscorpse.