How the royal commission can help Toowoomba to heal — again

In 2008 Toowoomba was rocked by a second paedophilia scandal in seven years. Local journalist Amanda Gearing says, maybe this time, the royal commission can help put the city back together.

The news in 2008 that more than a dozen primary school girls at a Toowoomba private school had been sexually assaulted at school by a staff member was surprising.

After all, it had only been seven years since a national media scandal had erupted in the city over the sexual abuse of children at the Toowoomba Preparatory School. That landmark civil action in 2001 had led to an inquiry, which subsequently found the actions of the then-governor-general untenable when he allowed a self-confessed paedophile priest to remain in the parish of Dalby, on the Darling Downs.

But despite the furore of the scandal in the media, seven years later Catholic school teacher Gerard Vincent Byrnes, 58, was sexually assaulting girls in his classroom at a Catholic Primary School in Toowoomba. After the assaults he’d whisper to them: “You know not to tell anyone, because I’ll get into trouble.”

The Royal Commission into Institutional Responses to Child Sexual Abuse’s sixth case study will hear over the next two weeks that this, like the Toowoomba Preparatory School case, involved another young Toowoomba girl who was willing to speak up. Her report, initially to her mother and then to police, proved instrumental to the apprehension and prosecution of the offender.

Once the local newspaper reported the charges against Byrnes in 2008, on multiple counts of sexual assault of young girls in a school, the reaction of the school community was divided. The parents of the victimised children were in shock. Parents of other children were worried about their own children.

Some parents were in total disbelief that a man who worshiped each Sunday with them at St Patrick’s Cathedral in Toowoomba had committed crimes against children at the school their own children attended. Teachers who knew the offender had many questions. How did they fail to see what was going on? Why had Byrnes been appointed as the school’s child protection officer?

Knowing the swirl of emotions and the confusion about who should do what, when, where and how, and not being a working journalist at the time, I made a call to the principal, offering to talk to him about what was needed to help the school assist the children and parents through the crisis. To my surprise, my offer was blankly refused. The principal, Terry Hayes, said he didn’t need any help and hung up.

As events played out, Byrnes was jailed in 2010 for 10 years for his crimes. Hayes became the first person in Australia to be charged with failing to report suspected crimes against children to the police. He was acquitted in 2009.

In a separate action against Hayes brought by the Queensland College of Teachers, he was banned in December 2013 from ever working as a principal, acting principal or child protection contact, banned from teaching for two years and ordered to perform 50 hours of community service.

The royal commission will hopefully use this case study to illustrate several important aspects of the dynamics of child sexual abuse that need to be addressed if the tide of child abuse in institutions is to be turned.

The parents who are giving evidence will contribute vital current knowledge of institutional responses by the Catholic Church to allegations of abuse against children.

“The mother subsequently discovered that Byrnes had also been grooming her younger daughter, giving her lollies and asking her to go to his classroom.”

Firstly, the Toowoomba case study will illustrate the chilling reality that even the most attentive, intelligent parents may not recognise that their children are being abused and that listening to children is critical for identifying offenders.

The mother of one of the Toowoomba victims prepared a statement that was read to the commission yesterday, describing how Byrnes’ secret was exposed. The mother, KO, was at the washing line one afternoon when her daughter told her the teacher had put his hands down her pants and up her shirt and was doing the same to other children. The mother immediately assured her daughter she had done the right thing by telling her. They went to police the next day, and within hours the offender was arrested. The mother subsequently discovered that Byrnes had also been grooming her younger daughter, giving her lollies and asking her to go to his classroom.

In a heart-rending prepared statement another mother, a nurse who is identified in the royal commission as KR, spoke about the unexplained deterioration of her daughter’s health and wellbeing in 2008. The mother did not know why her daughter suddenly became anaemic, introverted, lost her appetite, was having nightmares and started obsessively chewing her bottom lip until she developed sores in her mouth. The child would not tell her mother what was happening to her, despite repeated questioning. It was not until a phone call from police a few weeks later that the distressed mother discovered her daughter’s teacher had admitted sexually assaulting the child.

Apart from supporting her daughter in the aftermath of the abuse, the mother had the additional stress of seeing other parents at the school siding with the principal while parents of the victims were ostracised and “made out to be the bad guys”.

Secondly, the commission will hear evidence that sex offences committed against children are most often extremely numerous but that police usually only charge offenders with a small representative sample of the offences. In this case, some of the children told police Byrnes had molested them up to 10 times a week over weeks or months.

Byrnes was charged officially with one count of maintaining a sexual relationship with a child, 10 counts of rape and 33 counts of indecent dealing with children under the age of 12, between January 2007 and September 2008. One of the victims was too upset to tell police what had happened to her even after Byrnes had made admissions. It was not until a subsequent interview that she was able to speak, telling them there were “too many offences” for her to recall them all.

The needs of survivors for support to recover from abuse is often minimised. The royal commission has already made a start, hearing from parents during this case study about the types of difficulties their children have suffered and how the lack of support systems left them very vulnerable.

Thirdly, this case study will illustrate that offenders can only continue offending when they are given unsupervised, trusted access to children. Byrnes committed almost all the offences during class time at his desk at the front of the class where he was in view of students. Once reported to the principal and having denied the allegations, Byrnes continued at the school for more than 12 months abusing more children in his care.

The commission’s task will be to discover why the delay in reporting to police occurred and why these children were left at risk of harm each day when they went to school. 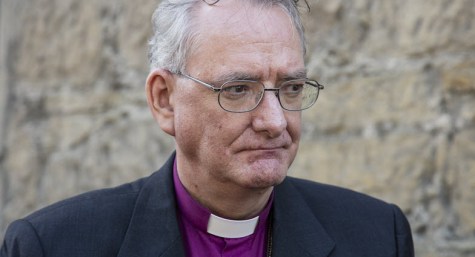 Royal commission: thousands of victims but no national action plan from the Anglican church 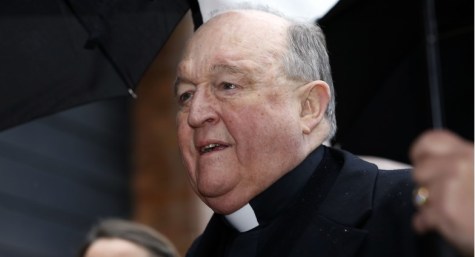 Legislating the confessional: when does the church have to report abuse? 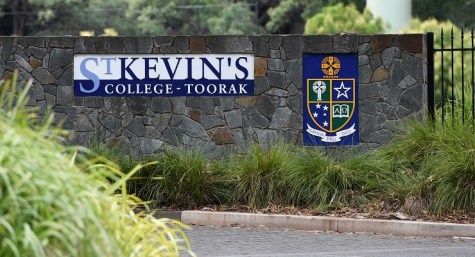 After St Kevin’s, institutions can no longer hide from justice