Arriba! Why are we a trendy destination for Latin American students?

Think you're hearing more Spanish on George Street? You're not imagining things -- the number of Latin American students studying in Australia is soaring. Crikey intern Isabel Filgueiras looks at why.

The Latin American cultural presence in Australia goes beyond Zumba classes and fancy tacos. It’s no wonder we hear more Spanish and Portuguese in the streets: the proportion of Latin American students in Australia has been steadily growing in the last seven years.

The number of student visas issued to Latin American citizens rose 34% between 2006-07 and 2012-13. Chileans, Brazilians, Venezuelans, Peruvians, Ecuadorians, Mexicans and Colombians hold 8.1% of all student visas granted in 2012-13, up from 6% seven years ago, the Department of Immigration and Border Protection reports. Although Asian students still comprise the vast majority of student visa holders (19.9% from China alone), the proportion of Latin Americans has been growing every year.

Professor Anthony Welch, a University of Sydney expert in international education, believes the trend in part reflects Australia’s growing recognition that the Latin region has been overlooked in the past in Australia’s attempts to market its education system internationally. “On the other side, it marks the impact of certain governments’ provision of scholarships, to enable students to go abroad and study,” he said.

Rather than building a better higher education system, an investment that would take years to to come to fruition, Latin American nations are sending young professional and researchers to study in prestigious universities abroad so they can bring back the necessary skills to help their countries develop. Brazil, Ecuador, Mexico, Colombia and Peru offer scholarships based on academic excellence. Australia also sponsors scholarships as part of development assistance to overcome poverty in Latin America.

So why are Latin American students coming to Australia instead of going to Europe or the United States, which are both cheaper and closer to home? The quality of Australian higher education, a solid economy, lower unemployment and labour regulations that allow students to work (up to 20 hours per week) have contributed to the trend. Some European countries have more than 20% of the workforce unemployed, with youth unemployment nudging 60%. Australia has become the new land of opportunity.

Mexican student Amy Diaz says the economy influenced her decision to choose Australia over the US as a place to study. “First of all, the curiosity to explore a country far from home, then the great school programs and, more importantly, the great economy, better than in the US at the moment. I think you live better here, it is safer and healthier. There are too [many] Spanish speakers in the US; a major turn-off for Hispanic students. In Australia, I get to practise English much more often,” she told Crikey.

The reputation of tertiary education in Australia hooked Brazilian student Joao Ricardo Paulino. “I was torn between Australia and the UK,” he said. “But the recognition and prestige of the faculty of pharmacy and pharmaceutical sciences at Monash University — one of the best in world rankings — is what sealed the deal for me.”

More generous visa conditions are also a factor. “I’m not on a scholarship, but I’m a hard worker,” said arts student Jenny Ramirez. “So I know if I work hard I’ll be able to pay my tuitions and bills here. In the United States and in European I can’t legally work with a student visa printed on a Colombian passport.”

Outside of Asia, Brazil has the greatest number of international student enrolments in Australia, according to the latest International Education Advisory Council report, and its scholarship program for overseas study is a major contributing factor. The Science without Boarders program is the most ambitious scholarship program to date in South America. Since its launch in July 2011, the initiative has sent 44,094 Brazilian tertiary students overseas to study science, health and technology; 3449 of them came to Australia.

In the quarter ending September 2013, the number of student visas issued for Brazilians increased 41% when compared with the same period of the previous year. The phenomenon is, in part, related to revised rules of the SwB. Nine months ago the program lowered the scholarship language requirements to allow more students to come to English-speaking countries instead of to countries like Portugal, whose sinking economy has hurt its higher education system.

Brazilian President Dilma Rousseff says the SwB will benefit 101,000 students by 2015. Each of these students is worth thousands of dollars to the tertiary sector. One year before the deadline expires, more than half the scholarships are yet to be awarded. But how many of these students will come here?

The International Education Advisory Council specifically recommends that Australian institutions promote marketing campaigns aimed at bringing students from countries in Latin America, as well as in Africa and the Middle East. Given that Asians comprise 80% of international students’ enrolments, the council believes cultural diversity is important to improve the education and training sector — Australia’s fourth-largest export industry, earning $15.7 billion during 2011.

Welch said it makes sense to broaden the strategy: “Such a move has economic benefits for Australia and its universities. But the person-to-person relations and the potential for enhanced relations between Australia and the countries of Latin America is of greater importance.” 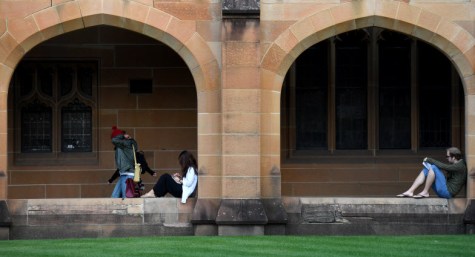 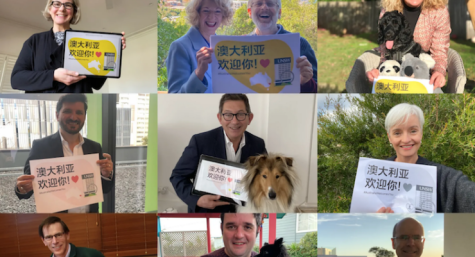 What a downright fascinating article.
I’m actually much better informed after reading it.
Thanks Isabel.

Here is an industry with unlimited potential for high-value, prestige employment and export earnings. You’d think the Federal Government would be falling over itself to increase funding. Instead, tertiary education gets gutted in every budget, apparently to fund more middle-class welfare, and better ways to dig holes in the ground.

“Science without boarders” sounds a bit of a problem. how are they going to live if they can’t board?