New jobs for whom? There’s been good news and bad news. Good news if you are Schapelle Corby and bad news for everyone else. Schapelle is free, and so — soon — will be Australia’s car workers and fruit canners. Whatever you think of propping up unprofitable businesses (and I am theoretically opposed to throwing good money after bad business) the pontificating of the lucky (one could almost say the entitled) about how some jobs are going but, hey, new ones will be created is insensitive to say the least.

Where will those jobs be? And what will the workers be expected to do? It must be hard to go from skilled car assembly to call centre or waiter, frankly. People choose jobs not just for the wage but also because the tasks involved are those they like or at least have some aptitude for. And being forced to up sticks and move family away from their own jobs, friends, schools and neighbourhoods to follow the work is not something people want to do. That’s not being a job snob, that’s not about “entitlement”, it’s just about making a decent life for yourself.

Our Schapelle, ourselves. Speaking of Schapelle (bloody hell, that’s a name tailor-made to be remembered), what has characterised this week for me is how many of the major stories are so much more revealing about us than about any of the characters in this drama. There has been a lot of chatter this week about why Australians remain so interested in Corby and her tale of woe. Indeed, Mumbrella has reported that Channel 7 has paid her as much as a whopping $3 million for exclusive rights to her story. (Perhaps the media aren’t so cash strapped after all … ?) In my view, a story doesn’t stick like this one unless it expresses something bigger than itself, about our own deep fears and unresolved anxieties perhaps. There’s beautiful, vulnerable Schapelle (Australia) being pushed, bullied and punished by crowds of foreigners with dark skin (Asia). It’s Australia’s xenophobia as a morality tale.

Even more revealing than the Corby saga is the extraordinary worldwide discussion of Dylan Farrow’s renewed accusations of child molestation by Woody Allen. Just as I have no idea (unlike many others I talk to) about Corby’s guilt or innocence, I am also unwilling to pass judgment in this case. I was not there, I do not know. Like everyone else, however, I have been fascinated by the various contributions by those who take Farrow’s side and those who take Allen’s and what that seems to reveal about the deep divisions in our world today — not least along gender lines. I liked this forensic analysis at Excremental Virtue of Allen’s attempts to defend his innocence, but I was much more interested in this piece at Gawker for its compassionate and grown-up exploration of our reaction to paedophilia and those we call paedophiles in general. It is a marvelous piece of writing and the only thing I read that didn’t take sides but thoughtfully looked at them both. The Philosophers’ Mail was thinking very much along the same lines.

We also saw the ALP (just) retain the seat of Griffith this week, and among all the self-interested spin from politicians, I almost wept with relief at finding this pragmatic, down-to-earth, disinterested analysis of the result in The Monthly.

Navy v the ABC. Another ongoing morality tale that resurfaced this week was the “navy burns asylum seekers” scandal. I was deeply uneasy about the official response that it was outrageous — even unpatriotic — to give any credence at all to claims by the powerless (asylum seekers) of mistreatment by the powerful (the navy). As in the cases of Corby, Allen and Amanda Knox, for that matter, I have no idea if the accusations are true or not, but I believe they should be thoroughly investigated and with an open mind, so I was pleased to see this terrific piece by Michael Bachelard in Fairfax newspapers. We have ignored the pleas of the powerless too often in the past — the recent revelations to the Royal Commission into Institutional Responses to Child Sexual Abuse about Salvation Army homes in the 1960s and ’70s spring to mind –so I am pleased to see that at least some parts of the media stubbornly refused to be bullied into silence over this story.

Tweets of the week. I didn’t find quite so many funny tweets this week — maybe the holidays are really over — but here are my picks. First, this one from outspoken atheist Ricky Gervais, who can always be relied upon in a slow week:

But for me, the outright winner is cartoonist Cathy Wilcox, who is clearly as pithy with words as pictures:

Finally, two videos. One that will make you cry and is particularly timely given the way Russian anti-gay laws have been highlighted by the Sochi Olympics:

And one with no social or political content whatsoever that is simply a brilliantly funny, superbly crafted piece of film. Enjoy.

It’s from BBC One, so perhaps it is a little bit political — it reminds us that the best quality entertainment still comes disproportionately from public broadcasters. 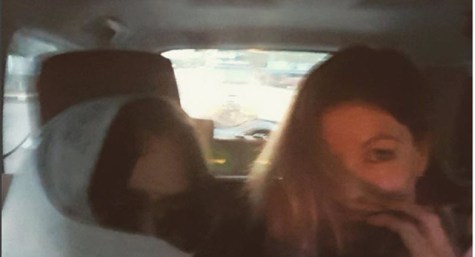 EXCLUSIVE: detailed account of Schapelle’s movements since returning to Oz

Jane, your flotsams and jetsams are always wonderful. Thanks for this collection in particular :).

re “Navy Burns” :- If it wasn’t for the ABC and SBS would we have gotten to the truth about “Children Overboard”? Sure Murdoch’s Limited News picked it up three days before the election – about a week after those rumours started swirling – but that was more about grabbing the reins to steer it the Right way, and away from electoral danger, before that election – they still touted Howard, Reith and Co on it’s eve.
Then there was Utegate with Murdoch’s propaganda machine’s oily skid marks over that – and the ABC didn’t want to play ball?
Iraq/WMDs?
“WorkChoices” – the ABC negativity:Murdoch’s pitch?
No wonder Murdoch hates the ABC? ….They’re too unpredictable, won’t always “react accordingly” to His market-share bullying and sometimes don’t play his dictatorial game?
That is “ABC bias”?

“There’s beautiful, vulnerable Schapelle (Australia) being pushed, bullied and punished by crowds of foreigners with dark skin (Asia). It’s Australia’s xenophobia as a morality tale.”
So you say Jane, yet you go on to say YOU don’t know whether she’s guilty. Would you say the same if an Indonesian turned up here with drugs in his baggage, saying “I don’t know how they got there, someone else must have put them there.”
Wouldn’t you tend to assume he was guilty?