The Asian mafia with a stranglehold on the Solomon Islands

A criminal syndicate of illegal logging interests threatens the development of the Solomon Islands. While corrupt politicians thrive, ordinary people are left by the wayside, writes freelancer Catherine Wilson, who travelled to the region.

On the edge of a squatter settlement in Honiara, Benjamin (not his real name) has “the mafia” on his mind, a transnational criminal organisation that threatens to derail the slow recovery from civil unrest in the Solomon Islands and rob his family of their livelihood.

Memories of the “Tensions” (1998-2003) — a civil conflict triggered by unequal access to land, resource benefits and employment made worse by the 1990s Asian economic crisis and government mismanagement — are still fresh. Asian logging interests plundered resources and captured massive windfalls. And the mafia, as he calls them, have since consolidated control of political corruption and expropriated hundreds of millions of dollars of state revenue.

“This country will never develop,” he laments of his homeland, a Pacific island state 2000 kilometres north-east of Australia.

Since 2003, when the Solomon Islands government requested international assistance, Australia has had a pivotal role with 14 other Pacific countries in the peacekeeping Regional Assistance Mission to the Solomon Islands. Since that time Australia has contributed more than $2 billion through RAMSI to build peace, human security, government and socioeconomic recovery, with tangible results. Children can walk to school, fresh produce markets thrive with activity, and community relationships are being restored.

But the so-called Asian mafia threatens to derail that stability, and internal state-led efforts to address causes of the conflict and enduring socioeconomic development are imperative. At the heart of both challenges is tackling illegal logging, corruption and transnational crime networks.

“In Solomon Islands the links between politicians and foreign logging companies are complex and well entrenched,” a Transparency Solomon Islands spokesperson in Honiara told Crikey. “Many of the most powerful political figures have personal interests in the forestry industry. [We] regularly hear of politicians using their power to protect loggers, influence police and give tax exemptions to foreign businesses; in return loggers fund politicians.”

Rampant illegal timber extraction, following an influx of east and south-east Asian logging companies in the 1980s, has brought misery and poverty to local communities.

Maria (name changed), a customary landowner on an island in Western Province, has spent more than six years in court battles with a cohort of illegal Asian logging operators, powerful businessmen and MPs, many of whom she says are members of the mafia. Several villagers, members of her extended clan employed in local Malaysian logging operations, have openly boasted to her of being “trained by the mafia” and “untouchable”. Maria paid dearly for her fearless stand when her former husband was murdered by the mafia several years ago.

“Lack of leadership has compromised the police’s independence to pursue criminal charges against politicians.”

The Asian mafia, a global transnational network of organised crime, expanded in the Pacific Islands in the 1990s following the end of the Cold War. This coincided in the Solomon Islands with a looming public financial management crisis and unfettered corruption as politicians turned to forest resources for the money to remain in office. But looting the country’s wealth and boosting foreign profits escalated inequality and social grievances. International organised crime interests soon followed the outbreak of the “Tensions”, with a United Nations Development Programme study highlighting that weapons supplied by them “were tools to the militants, who were tools to the conflict entrepreneurs”.

Alfred Sasako, a Solomon Islands government minister during the late 1990s and now an investigative journalist, says the same Asian transnational crime figures associated with logging and prominent during the “Tensions” are active today in high-level corruption.

“Logging is still the main game” of the Asian mafia, Sasako says, but “there is evidence they have diversified into other areas, including prostitution. They are also big in fake goods, gambling and drugs.”

Tackling the Asian mafia will be the difference between hope and despair, especially for the younger generation in this least developed country. “The police are the priority,” Sasako said. “Lack of leadership has compromised the police’s independence to pursue criminal charges against politicians.”

RAMSI’s mandate includes working with the government to establish an independent anti-corruption taskforce, but little will change without political will. Sasako points out that last year “commercial banks put loggers on notice that they should make preparations to pay off loans … and their accounts would be closed by December”, but “a Sri Lankan bank [Pan Oceanic Bank Ltd] has recently been given licence to operate here, and many believe it will handle all loggers’ business.”

National whistleblower protection laws and a freedom-of-information bill are being considered, and Transparency Solomon Islands emphasises that a more empowered civil society is needed: “Many people in rural areas do not understand what corruption is or that there are criminal offences relating to corruption. Many say that they have witnessed corruption, but don’t know what to do about it.”

Beyond law enforcement, preventing future conflict will depend on the nation’s resources being channelled into tangible prospects for a surging youth population. Some 40% of the population is under 14, and youth unemployment is 45%. Unless this issue is addressed “many young people living in urban centres will join the growing army of unemployed youths, who will be only too willing to be part of growing transnational crime activities”, Sasako predicted.

Australia, main aid partner to the Solomon Islands, will want to see a more resilient nation state. The priority is that ordinary Solomon Islanders get the future they deserve, not the one the Asian mafia wants. 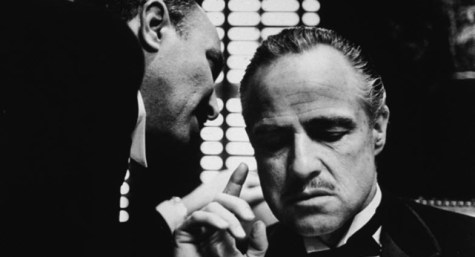 Why kicking out Cole is a popular move in Honiara

This is very sad, I see a big disconnect: why would the current government of Australia care in the slightest about this?

It’s difficult to understand why politicians would want to plunder and undermine their own country – particularly when the Solomons have the potential to be a paradise.

Zut, when politicians become only middle men, the interests of the true government are not those of the country.

Even the words “government” and “politician” change radically to “front office” and “front man or woman”.

This is akin to when multinationals dictate policy to our Australian governments.