Net neutrality and why the internet might have just changed forever

A United States court decision has enshrined the principal of internet neutrality  -- and moves the goal posts on what service providers must offer. Crikey’s tech expert examines the implications.

The United States Court of Appeals for the District of Columbia has struck down the Federal Communication Commission’s rule on net neutrality, declaring key parts of it unconstitutional. Coming back from this defeat, the proponents of an open internet will face a challenging legal and political battle.

Let’s scroll back a bit …

The phrase “net neutrality” was coined a decade ago, but the idea goes back to the earliest days of the internet, and indeed the telephone and telegraph before that: that all network traffic should be treated equally, no matter what the source or destination, no matter what the type of traffic.

Net neutrality means internet service providers can’t play favourites. They can’t slow down or even block access to their competitors, or give preferential treatment to their strategic partners, or charge a premium for guaranteed priority for capacity-hogging services like streaming video — something big established players could afford, but newcomers couldn’t.

It’s a big issue in the US, where major ISPs are usually also cable TV companies. They resent having to build infrastructure that can cope with peak demand when those peaks might be caused by online video start-ups like Netflix and Hulu, which are competing directly for their bottom line. The ISPs want to be able to charge more for what they see as disproportionate usage.

ISPs that are also telephone companies also resent “over the top” voice services such as Skype, which eat into their voice call revenue.

But until relatively recently, net neutrality was really just an ideal, a slogan — until 2010, when the Federal Communications Commission issued its Open Internet Order. Broadband providers were required to disclose their network management practices. Fixed-line providers were prohibited from blocking lawful content, applications, services or access by “non-harmful devices”, and from unreasonably discriminating in transmitting lawful network traffic. Mobile providers were given more leeway, but were still banned from blocking lawful websites, or blocking applications that competed with their voice or video telephony services.

All that was struck down this week. According to a key part of the Court of Appeals decision, the FCC had not classified ISPs as common carriers, so it therefore couldn’t regulate them that way:

Some commentators see this as an own goal by the FCC. Tim Wu, a professor at Columbia Law School who coined the term “net neutrality”, wrote at The New Yorker:

“Since its creation, the FCC has had the authority to police all communications by wire in the United States. Instead, [then FCC chairman] Genachowski grounded the rules in what is called — in legal jargon — the agency’s ‘auxiliary authority’. If the FCC were a battleship, this would be the equivalent of quieting the seventeen-inch-inch guns and relying on the fire hoses.”

Wu says the FCC didn’t use its big guns because of political pressures. “One senior FCC staffer told me that it would have unduly affected the stock prices of the telecom firms,” he wrote. Some members of Congress had threatened to strip the FCC of some of its powers if it played hardball — and Congress did try to overturn the Open Internet Order once it was enacted, although it failed.

So where does that leave us? New FCC chairman Tom Wheeler has restated support for net neutrality:

“I am committed to maintaining our networks as engines for economic growth, test beds for innovative services and products, and channels for all forms of speech protected by the First Amendment. We will consider all available options, including those for appeal, to ensure that these networks on which the Internet depends continue to provide a free and open platform for innovation and expression, and operate in the interest of all Americans.”

He’s supported by cogent arguments as to why killing off net neutrality would be a bad idea, well summarised by The Huffington Post.

But ISPs can equally argue that being locked into a specific pricing model inhibits their ability to innovate and limits their options for funding new infrastructure. Net neutrality faces opposition on deeply ideological grounds, too. For the economic liberal and libertarian strands of US politics, any FCC regulation requiring ISPs to treat traffic equally looks a lot like federal interference with business, if not outright socialism.

Net neutrality may have suffered a major defeat, but the war isn’t over yet.

While this is clearly an American battle with uniquely American flavours, it does affect Australia — and everyone else. So many of the internet services we use are based in the US, and the majority of the world’s internet traffic still transits the US, even if eventually bound elsewhere. In this realm, we are all America’s puppets. 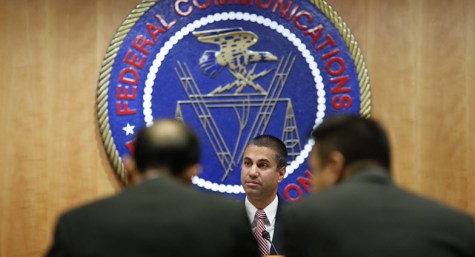 What the American net neutrality decision means for Australia

Have just been listening to (Security Now Podcast) which this week has a very informative comment on this subject
http://twit.cachefly.net/audio/sn/sn0438/sn0438.mp3
it starts at time 1-01-22

The first sentence of this article contradicts the rest of it:

A United States court decision has enshrined the principal of internet neutrality….

Wheras in fact it struck down the neutrality rules.

Also think principal should be ‘principle’