Retailers, enjoy the boom while it lasts — the crash is coming

The recent surge in retail sales makes the outlook brighter for employment, but don’t be surprised if it's just a temporary spike. Spending growth could slow as households become more cautious.

Retail spending continues to boom, but how long can it last? Not as long as the Reserve Bank of Australia needs it to unless the labour market picks up soon.

Retail sales rose by 0.7% in October, beating market expectations significantly, to be 4.6% higher over the year. Growth continues to be driven by discretionary spending — the most cyclical category of consumption — indicating that consumers continued to be fairly buoyant heading into the Christmas shopping season.

Certainly interest rate cuts have provided considerable loose change for households and relief from cost-of-living pressures, and this has manifested itself in more iPads and HD televisions and the replacement of household goods. But I have to wonder: how long this can last?

Interest rates will not rise any time soon, unless the housing market goes bananas, and the labour market remains fairly weak — considerably weaker than the headline unemployment rate of 5.8% suggests.

On one hand we have low interest rates making households feel richer, while rising unemployment and uncertainty makes them cautious. The recent spending binge makes the outlook brighter for employment, but that outlook is still soft by any measure and suggests that households will become more, rather than less, cautious in 2014.

Obviously I expect labour market concerns to outweigh other factors but, at least for now, household optimism — inexplicable though it might seem — is welcome and is helping to support the Australian economy.

As the graph above shows, the last couple of years have been plagued by periods of optimism followed by a rapid slowing in spending growth. Don’t be surprised if this is just another temporary spike and spending growth slows to around 2% to 2.5% during 2014.

Spending increased in every state. Interestingly, growth over the past year has been weakest in Western Australia and strongest in Tasmania — a clear reversal of those economy’s fortunes in recent years. Growth in the other states is between 4.6% and 4.9% higher over the year to November.

When I talk about a rebalancing of the Australian economy, this is the sort of thing we should be seeing. Retail spending has clearly picked up in the non-resource states, while also slowing in Western Australia. We are already observing similar occurrences in other data such as building approvals and lending activity.

Although there are signs that the economy is rebalancing, we shouldn’t underestimate the task remaining before the Australian economy becomes a balanced affair. We still haven’t dealt with the most pressing issue: a mining investment cliff sitting on the horizon.

Some will suggest that the RBA should raise rates in response to the binge in household spending. Normally a strong household sector is a strong economy, but I think that view is premature, particularly in an environment where neither you nor I nor the RBA, for that matter, can predict just how large the eventual investment gap will be.

A conservative estimate is that the mining investment cliff will leave a gap of around 3% of GDP, while 5% is probably more likely. Consumption growth will not fill that gap, and we would need an unprecedented rise in dwelling investment to get anywhere near it. The RBA will want a much better feel of mining sector investment before it commits to its next move, and I’m not convinced they have that yet.

The recent pick-up in household spending is welcome and indicates that low interest rates are doing their bit, but we shouldn’t place too much weight on it — the bigger challenge is still to come.

Australia's supermarket duopoly sits at the head of a production chain that holds labourers in slave-like conditions, putting them at risk of serious injury or death.

Jobs market starts downturn, so where will growth come from?

The labour market is finally starting to catch up with the slowing growth of the broader economy. How can we speed it up again? 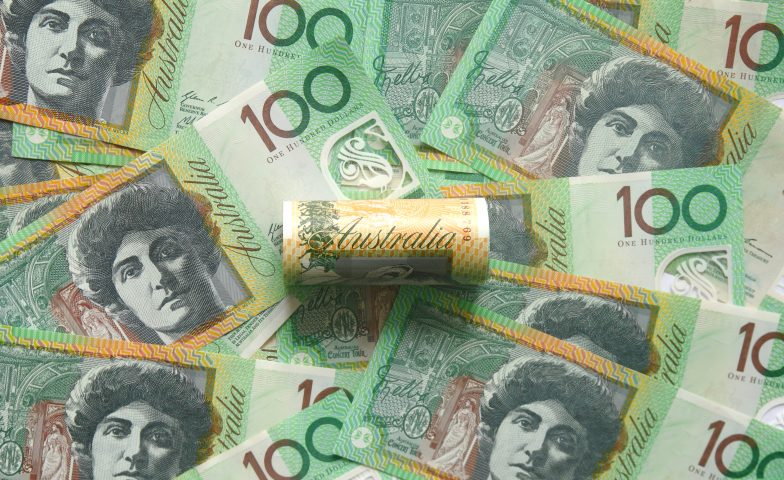 It’s a great time to have a lower dollar. But we wouldn't want it to stay too low for too long.

The government continuing to suck money out of the economy makes a crash inevitable, the only question is when.

Sucking money out of waste to repay Labor debt, is unlikely to cause a crash.

Believing that a sovereign economy has any requirement to pay off its ‘debt’ shows a fundamental misunderstanding of both how the Australian government issues ‘debt’ (I don’t like calling it debt, as that implies that paying it back is a necessity), and of how growth of fiat economies is sustained.

Furthermore, even if it was a necessity for our government to pay of its debt (it isn’t), raising taxes in the short term is far less harmful to the economy than the current coalition method of slashing-and-burning everything that it considers to be waste. I’ve said it before and I will say it again, the governments continued rabid desire to slash public expenditure has far more to do with slashing welfare, than any idea of fiscal responsibility.

Sucking money out of the economy, (making it scarce) and raising interest rates, is likely to cause a crash.
Suzanne clearly doesn’t understand conservatism.
Its other name , care of the father of economics, is “Idle Rich”.
They really like high interest rates.
They really hate high wages.
But we need high wages and low interest rates in order to sustain $1,75 Trillion of mortgage debt.
Labor did a good job of counteracting the causes of the GFC.
Conservative monomanaical greed, (as per Suzanne), is blind to the defects of austerity, in these circumstances.
Job losses, mortgage defaults, and “The Inevitable Abbott Recession”.
Inevitable.

They aren’t blind to the effects of austerity, in fact, they are well aware of its causes. Spain and Greece, arguably the two hardest hit nations in the EU, have an enormous unemployment rate, a decreasing median wage and skyrocketing household debt levels (this is private debt being sourced to subsidise public debt, which is required of nations with a trade deficit to post a surplus). However, at the other end of the spectrum, the amount of millionaires has increased, as has the percentage of the nation’s assets owned by the top 10%.

The people backing the LNP are all too aware of what a surplus means, their economic plan is all about giving themselves a greater share of the wealth.