South Sudan has been in a vulnerable position since its independence in 2011, and there is no clear end in sight to the sectarian violence. How does the fledgling nation move forward?

A plan to end the South Sudan conflict being brokered by neighbouring governments is not likely to come to fruition. Despite talks around a ceasefire proposal since before the first of the year, there has been no sign of movement towards ending a spiral of violence that has torn apart the world’s newest state.

The key protagonists and the immediate causes of the conflict are well known. In mid-July, ethnic Dinka President Salva Kiir sacked his government following a power struggle within the Sudan People’s Liberation Movement/Army (SPLM/A). In the face of a claimed attempted coup d’etat, in mid-December ethnic Dinkas in the presidential guard began disarming their ethnic Nuer colleagues, linked to former vice-president Riek Machar, leading to tit-for-tat killings that quickly spiralled out of control.

The question is, though, why did a country that became independent just two-and-a-half years ago fall apart so quickly? There are three inter-linked answers, each of which will have to be addressed if the country is to have any hope of saving itself from collapse.

The first problem is one that besets most newly independent states that comprise more than one large ethnic group. With most political institutions still poorly formed and economies not sufficiently developed to create economic classes upon which to base political parties, politics tends to cohere around tribal and language groups, usually establishing geographic isolation.

Political leaders develop patron-client relationships with supporters, in which, in simple terms, loyalty is financially rewarded. Thus ethnic identification and reward come to be linked, with other ethnic groups constituting not just a political threat but a challenge to economic survival. This competition for economic resources is most acute when the state relies on a narrow income base; South Sudan is the most heavily oil-dependent country in the world, with oil receipts accounting for 98% of its income. There are, effectively, no other sources for economic distribution.

Machar joined the SPLM/A in 1984, but in 1991 fell out with then SPLM/A leader and ethnic Dinka John Garang over whether South Sudan should remain part of a secular, democratic Sudan or become independent. Favouring full independence, Machar formed the splinter group SPLM/A-Nasir, based in the oil-rich north-east of South Sudan. As a result of this split, there were a number of massacres and a famine that left tens of thousands dead.

Despite his earlier pro-independence leaning, six years later, Machar reached a peace agreement with the Sudanese government and was made head of the South Sudan Defence Force, in 2000 forming a new militia, the Sudan People’s Defence Force/Democratic Front. Yet in 2002, he re-joined the SPLM/A as a senior commander.

Garang died in a helicopter crash in 2005, with Kiir assuming leadership of the SPLM/A. It appeared, however, that Machar’s primary interest had been, from the outset, to establish his personal authority over the movement, leading to the events of 2012.

An end to the fighting will now only be possible if one of two outcomes are met. The first is that Kiir’s predominantly Dinka forces militarily defeat Machar’s largely Nuer forces. While possible, this does not look like presenting a permanent solution to a complex ethnic, regional and economic problem.

The second course — which would be difficult but more sustainable — would be if Machar abandons what appears to be continuing political ambition to control the state dominated by an opposing ethnic majority. This may be achieved by Machar being given autonomous control over the ethnic Nuer northern region of South Sudan.

There would then need to be a regional revenue sharing agreement, given that most oil production occurs in the north of South Sudan, currently under Machar’s control. As well, there would also need to be some agreement with smaller ethnic groups that are also involved in fighting.

South Sudan’s politics would continue to be dominated by tribalism, patronage and a narrow economic base, meaning it would remain fragile. But, assuming such an agreement, there could at least be an end to the killing, the resumption of oil exports and the rebuilding of this still very under-developed state.

Without a comprehensive political agreement, however, a ceasefire seems improbable, and South Sudan’s warfare is likely to continue.

*Professor Damien Kingsbury is director of the Centre for Citizenship, Development and Human Rights at Deakin University. Since 2005, he has advised a number of warring parties on methods to resolve conflicts. 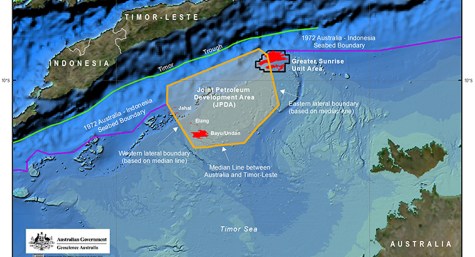 Professor – the essential problem with your proposed second solution is that it treats South Sudan as something that can be neatly divided between Dinka and Nuer. There are over 60 ethnic groups in South Sudan. Having recently returned from an 18 month stint in South Sudan, I would suggest the only solution is the hard and long process of reconciliation supported by an international community that is no longer willing to counternance serious human rights abuses as the “teething problems” of a new nation.

Sudan should have never been chopped up like a piece of meat, in the first place. Along those artificial borders, families and tribes found themselves, all of a sudden, in different countries without their will.
And now, One Sudan is without oil, and another- without access to the sea. Whose idea was it?