The British Library is releasing more than a million images from its works -- and anyone can use or repurpose them. But how do you know what the images show? That's the next step ...

British Library: a million first steps. The British Library, which has been digitising its collection for the past 25 years, is releasing much of it into the public domain in a revolutionary new project. Under the banner of “A Million First Steps”, the library has released more than a million images from its 17th, 18th and 19th century books onto Flickr Commons. They include maps, geological diagrams, illustrations, satirical content, illuminated and decorative letters, landscapes and wall paintings, taken from 65,000 volumes in the library’s enormous collection. 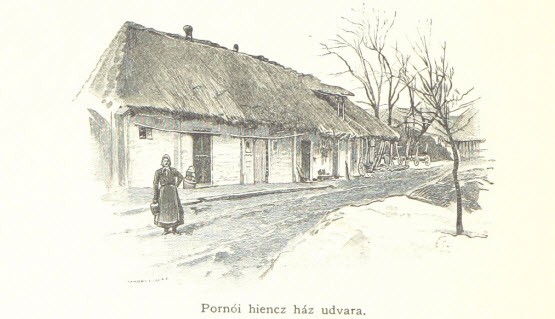 Anyone can now use, remix and repurpose the images, which were plucked from the pages as part of the “Mechanical Curator” project. The British Library is one of the largest institutions of its kind in the world, holding well over 150 million items, with 3 million new ones added every year. The physical storage needed runs to more than 625km of shelves, increasing by 12km every year. A spokesperson said the library management plans:

“… to launch a crowdsourcing application at the beginning of next year, to help describe what the images portray. Our intention is to use this data to train automated classifiers that will run against the whole of the content. The data from this will be as openly licensed … and the code, as always, will be under an open licence.”

Anyone interested in the democratisation of information should have a look at the website of the Digital Public Library of America, which has created a publicly accessible “digital attic” for all of America’s libraries, archives, and museums. An extraordinary resource.

Wise words from Seth Klarman. It’s been five years since the GFC, and as the end of the year approaches, there will be an avalanche of numbers measuring how far we’ve come since 2008. Where is the Dow Jones, what’s the level of the ASX200, and has Prime Minister Shinzo Abe managed to save the Japanese economy? These figures will tell us where we are in 2013 but not, more importantly, if it could happen again. What have we actually learned in the intervening half-decade — could the developed world experience another financial meltdown, or have we managed to “bullet-proof” the market?

Seth Klarman is a successful Boston-based investor sometimes referred to as the “Warren Buffett of his generation”. In his annual letter to clients, quoted on the Farnam Street blog, he recently described 20 lessons from the GFC that were “either never learned or else were immediately forgotten by most market participants”. The best one warned of the inaccuracy of models. Klarman wrote:

“Do not trust financial market risk models. Reality is always too complex to be accurately modeled. Attention to risk must be a 24/7/365 obsession, with people — not computers — assessing and reassessing the risk environment in real time. Despite the predilection of some analysts to model the financial markets using sophisticated mathematics, the markets are governed by behavioral science, not physical science.”

Another recommendation involves clarity. My own view is that if you need a PhD in higher maths to understand something, don’t buy it …

“Financial innovation can be highly dangerous, though almost no one will tell you this. New financial products are typically created for sunny days and are almost never stress-tested for stormy weather. Securitization is an area that almost perfectly fits this description; markets for securitized assets such as subprime mortgages completely collapsed in 2008 and have not fully recovered.”

“When a government official says a problem has been ‘contained’, pay no attention …

“Almost no one will accept responsibility for his or her role in precipitating a crisis: not leveraged speculators, not willfully blind leaders of financial institutions, and certainly not regulators, government officials, ratings agencies or politicians.”

Most people believe that governments will always be able to bail out the markets, he says, creating a situation where politicians will tamper with financial markets and the economy, creating “the mother of all moral hazards”. And governments are blissfully unaware of the wisdom of economist F. A. Hayek: “The curious task of economics is to demonstrate to men how little they really know about what they imagine they can design.”

No beginner’s luck for Garry Trinh. Vietnamese-born Garry Trinh is one of the artists featured in a new exhibition at Sydney’s Australian Centre for Photography, called “Summer Season”. His style of documentary photography reveals the comic, curious and often poignant parts of a city that we usually pass by without a glance. Inspired by Japanese neo-pop artist Yoshitomo Nara’s “beginner’s spirit” outlook, Trinh prefers to walk the streets of Sydney with no fixed agenda — to find the magic in everyday life. He says that he is “never bored”. 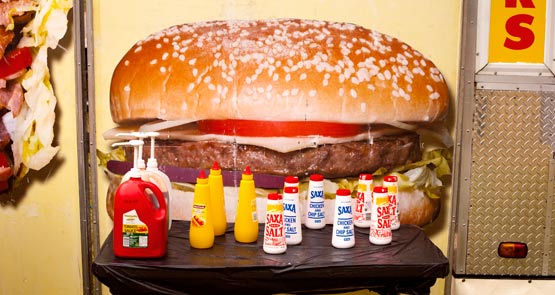 This exhibition charts Trinh’s progression from casual details to images that are more abstract and philosophical — asking the question: “Why is this an interesting photograph?” The 38-year-old artist, who holds degrees in psychology and visual communications, says that he hopes his photographs are “read, not just seen”.

As an extension to the exhibition, which also features Eugenia Raskopoulos and Peter E. Charuk, Trinh has a studio space within the gallery, visible from the street. In it, he’s producing new work to be added to the walls. Gallery visitors and passers-by are encouraged to drop in to talk to him about their own work as well as the photographs in the gallery. By re-experiencing the original enthusiasm of a beginner photographer picking up a camera, he hopes to inspire and be inspired.