Tony Abbott's bizarre linkage of the government's $9 billion handout to the Reserve Bank to the Australian dollar raises questions about a deal between the government the independent RBA, Bernard Keane and Glenn Dyer write. 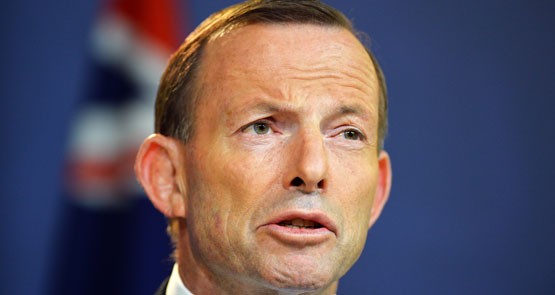 Did Prime Minister Tony Abbott’s confusion over economics and the strength of the Australian dollar lead him to mislead Parliament last week, and suggest the Reserve Bank had done a deal with the government to lower the value of the dollar?

The RBA’s continuing efforts to jawbone the dollar down appear to be bearing fruit after Governor Glenn Stevens’ latest effort on Friday when he expressed a wish in a newspaper interview for a dollar around 85 US cents. But less than 24 hours earlier, Abbott said something that appeared to suggest there was a trade-off between the RBA’s efforts to lower the currency and the still surprising decision by the government to inject $8.8 billion into the RBA to boost its main reserve:

“I am pleased to say that what goes up can come down, and the floating dollar is now down to about 90c, a level which makes it much easier for our manufacturers and for our exporters. I support the floating dollar just as, it seems, the member for Kennedy supported the floating dollar, at least when it was low in the mid-1990s. Just as well that the Reserve Bank has been, in effect, recapitalised to the tune of $8 billion because that enables the Reserve Bank to intervene prudently and appropriately in the market to try to ensure that the Australian dollar is at the best possible level.”

Putting aside that Abbott famously attacked the floating of the dollar in 1994, his remarks appear to indicate that Treasurer Joe Hockey’s wholly unnecessary near-$9 billion handout to the RBA to strengthen the bank’s capital reserves (and pay back bigger dividends in coming years) was actually to help it reduce the dollar’s value.

On Friday, Abbott followed up those comments with slightly different ones, saying that the market should determine the value of the dollar but “that doesn’t mean the Reserve Bank shouldn’t from time to time prudently involve itself in the market to encourage what it thinks is the right market developments”. So, strictly speaking, Abbott doesn’t believe the market should always set the value of the dollar — he thinks the RBA should sometimes step in to “encourage the right market developments”.

Despite the Prime Minister’s comments, the RBA actually is doing little at the moment — it is not, to the best of our knowledge intervening to drive the dollar’s value lower by selling the dollar for US dollars or any other currency. Senior officials are trying to talk it down by publicly commenting on the value, how it is too high — and in the case of Stevens, pointing out how the bank can intervene if it has to, to try and force the currency lower. But on the basis of data from the bank and comments by Stevens and his deputy, Phil Lowe, the bank has been talking, not doing.

Doing is something the RBA only does in times of extreme stress. Intervention is an easy way to lose money for a small central bank like the RBA; the forex market is simply too big and the Aussie dollar / US dollar is the fifth most traded currency pair in the market. It’s all but impossible for the RBA to influence its value, except those times of extreme stress. These are not those times.

But the odd thing about Abbott’s remarks linking the $9 billion to pressure on the dollar is that there is no link. In contrast to the urgency portrayed by Hockey, the RBA hasn’t received the funding yet — as Treasury’s briefing on the issue to then-treasurer Wayne Swan earlier this year noted, there is no mechanism for the government to simply hand $9 billion to the RBA, so it will require a parliamentary appropriation. The RBA will in turn use the funding to buy foreign currencies, mainly the US dollar, because it aims to hold just over half of its assets in foreign currencies.

The $9 billion in fact has no bearing on whether the bank can intervene against the strength of the dollar — for one thing, it’s nowhere near enough to make a big difference. And pushing the dollar down will actually increase the value of the bank’s foreign currency holdings, rather than deplete its assets as Abbott appeared to suggest. It seems that Abbott doesn’t have a basic grasp of why exactly he’s blowing a $9 billion hole in his own deficit (no matter how much he might insist it’s Labor’s deficit).

Worse, he has created the impression that the $9 billion handout has a quid pro quo that the independent RBA will now intervene against the dollar. Our trade-exposed sector, particularly manufacturers but also miners (whose contracts are usually set in US dollars) will all benefit from a fall in the dollar, with flow-on benefits for federal government tax revenue. This will help the Abbott government avoid the nightmarish fate of the Gillard government, which had to sit back and watch as the Aussie dollar hammered the trade-exposed sectors of the economy and slashed corporate tax revenue while the RBA hummed and hawed about why the dollar wasn’t reacting like normal to a fall in our terms of trade.

Abbott’s remarks apparently caused confusion and concern at senior levels within the bank — yet another legacy of Hockey’s $9 billion handout, and the Prime Minister’s hazy grasp of economics.

This week is a big one for the Abbott government with the Mid Year Economic and Fiscal Outlook out tomorrow, 90 minutes or so after the RBA releases the minutes of its December board meeting. Then on Wednesday, Stevens makes his first appearance this term before the House of Representatives Economics Committee in Canberra, where ALP members will be able to question him about the circumstances around the $9 billion handout.

And then around 6am on Thursday, the Fed in Washington will issue its usual post-meeting statement which will be watched closely for any decision on starting the slowing in the central bank’s $US85 billion a month of bond buying, which is widely seen as having helped support the value of the Aussie dollar. An announcement of the start to tapering this spending could help produce the 85 US cent dollar that Stevens, the RBA and many others think is desirable for the economy and business.

And none of it will have anything to do with Hockey’s handout.

Just 3 months in and the “This is the ALP’s fault” arguemtn on the deficit is already being called out by all but the News Ltd press – Hokey isn’t going to get any sympathy when he announces another deficit in May.

Knowledge is irrelevant – Tony is happy with his first 100 days, and is quite satisfied with his own intelligence – what more could an honest taxpayer ask for?

The only reason why the the government is injecting the cash is for prop up the RBA’s reserves (which are sitting at around 2% of Total Assets). As the Australian dollar has strengthened, the value of the foreign currency assets of the RBA has decreased, and hence reduced the total assets of the RBS. This has led to the risk of the bank going into negative equity…never a great thing for a central bank, even one as highly regarded as the RBA.

I did a regression on this not so long ago and found that a 1% increase in the value of the Australian dollar against the US dollar resulted in a 0.87% decrease in the total Assets of the RBA (holding interest rates constant, statistically significant at the 95% confidence interval). Adjusted R2 was only 17% to be fair, but it isn’t a fallacy to suggest that the injection of funds into the RBA was partially due the strengthening dollar.

However, there was also an element of the RBA trying to get more cash out of a fresh incoming government as well. There was no need to get the reserves to 15% TA when 10% was probably plenty (and a good compromise)

Scott – did the RBA ask for the money, no! Did the RBA say they were surprised to get the money, yes.
Is this just a cynical exercise to make the deifcit bigger this year then pull back bigger dividends to try a show some improvement in future years, yes!!!

He’s Abbonomical with the truth too.