A federal takeover of unis? A greater threat to academic freedom

Will the NSW government give up its right to run the state's universities? It's a logical next step but it comes with risks to academic freedom, writes Grattan Institute's higher education program director Andrew Norton. 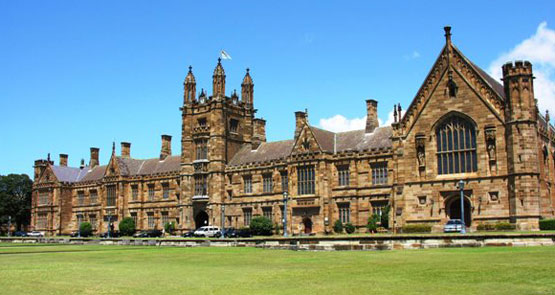 The New South Wales government has not enjoyed its role in higher education. It has had to deal with several of the nation’s most dysfunctional university governing bodies, and it struggled to monitor the proliferating non-university higher education providers setting up in Sydney over the last decade.

So it is not surprising that NSW has put up less resistance than other states to successive federal government plans to take greater control over higher education. According to The Australian Financial Review this morning, federal Education Minister Christopher Pyne is in discussions with NSW  to assume control over the state’s 10 universities.

This takeover could be seen as the logical next step in a process that began 40 years ago, when the Commonwealth assumed full responsibility for university finances. Even though the federal government still lacks direct constitutional power over higher education, it assumes significant control over universities by attaching conditions to funding. In theory universities could refuse grants and their conditions, but in practice they never do.

The High Court WorkChoices case in 2006 further diminished state influence over higher education. As universities are constitutionally classified as corporations, this case gave the federal government power to regulate the terms and conditions under which universities operated. It took this power in 2011 with legislation that created the Tertiary Education Quality and Standards Agency.

The previous system of state-based regulation provided a much stronger safeguard against political interference in intellectual life. State education ministers rarely saw it as their role to comment on academic matters, much less regulate them. But even if they did, under a federal system we would have been very unlucky to have all states take the same stance at the same time. Now all universities are exposed to the decisions of one minister.

Ideally, we should start reversing this centralisation of power. Instead, this proposal for a takeover of NSW universities would set a precedent for Canberra to acquire a complete legal monopoly over higher education.

Among the likely consequences are the loss of diversity and experimentation in the institutional design of universities and fewer independent voices in the governance of universities. The current state government appointments to university governing bodies are more likely to stand firm against unwarranted interventions than Commonwealth appointments.

This final step in the Commonwealth takeover of universities would not be the worst of them; the TESQA legislation is the greatest threat to academic freedom. But some extra paperwork in universities reporting to two levels of government is preferable to complete Commonwealth dominance.

Nonetheless, I agree that the greatest risk to institutional autonomy and the diversity of public universities comes from members of governing bodies being appointed by 1 government.

Wait – why did this article not mention the fact that the feds are considering a take-over because the NSW university sector has amassed billions of dollars of unfunded superannuation liabilities? Do you really believe that “academic freedom” is the primary issue at stake in this move?

The Commonwealth has been paying the States’ unfunded university superannuation liabilities for a very long time, I guess from the 1980s. I don’t think the move of legislative responsibility for universities would change the Commonwealth’s payments, altho depending on how it was done, it may affect the accounting treatment of superannuation liabilities. That would be more than offset by universities’ very substantial tho largely uncrealisable capital assets.