British bites, from Nigella to snooker

Crikey's writer-at-large returns to London, where he finds plenty of courtroom drama -- and a snooker tournament for the ages. 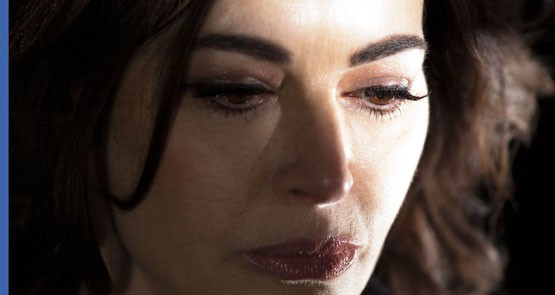 To London now, where your correspondent has landed afresh and, so as all the better to fit in, acquired a chest infection, more or less straight out of Heathrow. Residence in Soho proved impossible, so I have retired instead to Shoreditch, the impossibly hip armpit of East London, once a dead zone of warehouses, dusty shops and the New Statesman offices. Now it is wall-to-wall galleries, bars and design bookshops, all staffed by young men styled like Engels. Christmas is upon us. Sadly, it’s all a bit Brooklyn, but it beats Crapston, SE23.

In the Old Bailey, the trial of two Italian housekeepers working for domestic goddess Nigella Lawson has thrown a light on the lifestyles of the rich and famous and smug. Lawson, who recently gained a rapid divorce from Thatcherite adman and “art” “collector” Charles Saatchi — after the latter was pap-snapped with his hands round her throat during an argument in the front of a hip restaurant. Pap culture being what it is, the incident provoked a debate on domestic violence (in a way that the murder of three women a week, every week, somehow failed to), since nothing can be discussed in the UK without being mediated through a celebrity life. Saatchi’s defence was grimly funny — he argued that he was trying to clear her nose of cocaine.

The whole ugly issue came to the surface when the trial began. Lawson’s assistants — two sisters named, ironically, Grillo — were accused of charging nearly 700,000 pounds ($Aheaps more than it was six months ago) to the Saatchi-Lawson credit cards. The Grilli defence, initially sealed, was that Lawson had allowed the sisters to charge what they liked as a quid pro quo for keeping quiet about her alleged “massive” cocaine use. Then, in a move likely to earn a place in the Museum of Revenge*, Saatchi notified Lawson that he believed the claims of the Grillo sisters and was “shocked, shocked” at revelations of the levels of drug use contained in the evidence. Of course, this had only become apparent to him at “the very end of the marriage”.

During testimony the Grilli painted a portrait of a house festooned with baggies, rolled-up notes, wads of US dollars, etc, etc. Lawson was forced to take the stand and go all therapeutic, saying she had used coke and dope no more than half-a-dozen times in her life — one lived in the London media fast lane since the ’70s, so, OK, sure — and that mostly when her first husband, journalist John Diamond, was dying of cancer. Having kicked the issue into the contemporary UK’s favourite obsession — medicalising social life — the accusations that she had lived much as well-born party folk do vanished into the ether, and everyone started debating whether she was an addict or not. Most memorable moment of the whole trial? When she claimed that no one with curves like hers could be a coke addict.

The Nigelliad acted as an undercard for the main game, the Rebekah Brooks, Andy Coulson et al phone-hacking trial, which has been proceeding at a snail’s pace, as the jury are shunted in and out of court for points of law like rail passengers being decanted to a rail replacement bus, i.e. like all British rail passengers. Since a lot of this stuff came out before, the trial itself has the feel of a sitcom repeat — although it is gratifying to see the nooses tightening in a legal context. In this week’s episode, a former PR flack gave evidence that Brooks and Daily Mirror editor Piers Morgan had traded jokes about bugging each others’ phones at a dinner for Coulson’s birthday in Balham — gateway to the South!** — thus neatly demolishing the idea that Coulson, Brooks et al knew nuzzink nuzzink about hacking. What defence they will mount will have to wait until after Christmas. You don’t get all your goodies at once.

Speaking of goodies, and seguing effortlessly to Rundle’s Occasional Snooker column, Melbourne boy Neil Robertson consolidated his world number-one position last weekend, with a win in the UK Championship against Stuart Bingham, the previous holder of the UK Championship title. The title gave Robertson the “triple crown” — he has now won all three major titles, a feat he shares with only eight other players. Indeed, he’s the first non-UK player to take that title.

Robertson was once known as the “Melbourne Machine”, on account of his extraordinarily powerful long pots — unerring locomotives of power straight down the table — and relentless long breaks. But it was hitherto combined with a capacity to lose concentration in a ball-click, and play shots that would disgrace the front bar of the Tramway Hotel on a wet Monday afternoon. Your correspondent, watching his goofy skaghead countenance after such disasters, found within himself a curious emotion — sports-based patriotism — and would yell at the TV for the boofhead to get back in it.

Over the years, he has, taking on a cool self-discipline with which he moved into the slot of most talented player around, as Ronnie “The Rocket” O’Sullivan wandered away from the competition ladder in a renewed pursuit of his soul (the greatest player ever, he has hitherto converted to Islam, pursued therapy, and has now all but deserted the game for an obsession with running. His five-minute maximum break — probably the single most flawless moment in sports history, can be seen here). Could Robertson hold his nerve?

The Rocket went out before the final in this competition, and while Robertson was clearly the best player in the tournament, the greatest excitement came from a maximum break by Mark Selby in the semis***. Indeed it was the 100th tournament maximum ever. There’s nothing like watching a maximum break. By seven reds/blacks in, it’s clear that the player in question has won. By 10 reds/blacks in, the maximum has become possible, and the tension is unbearable. The first three colours are usually straightforward, the last three unbearable. By then the snooker player has become something other than a gamesman — he has become our champion against inert resistant matter, a representative of a species continually ambushed by wayward and recalcitrant objects, from keys, remote controls, condoms, elevator doors, hot coffee, to flat-pack sofas and dog suppositories. Everyday the objects win. But not now! Not in a maximum break! When the last colour — the black again — is potted, the sheer good feeling is extraordinary, several minutes of pure unalloyed collective joy, whether witnessed live or on the telly. I’ve never felt anything remotely as pure.

With the maximum behind him, Selby went into the final with huge confidence made the maximum, but lost the match, and that it seemed would be enough — with Selby at one stage leading Robertson 5-1 (out of 19 games) and the latter’s playing starting to fall apart. But Robertson came back with two centuries, evened up, and then slowly pulled ahead, to win 10-7. His last four frames were wonders to behold, breaks of 120+ plus, with only one extraordinary shot by Selby — a ball curving a full third of the table to pot a ball, a near alchemical shot – to break the blitzkreig. In the end, Selby missed a short black after dithering, and Robertson triumphed, a final chapter in his mastery not only of the table, but his own tabula rasa. In future, all my reports shall be about snooker.

But not before a Trenton Oldfield update. Readers may recall that the Oxford-Cambridge boat race was disrupted a couple of years back by a moustachieod figure swimming in front of them. That was Oldfield — protesting elitism, apparently — and yes, he was Australian, some sort of graphic designer hipster flotsam, the sort who makes you see why some Brits want to send us all back in one boat. Trenton almost was, the home office not only jailing him but threatening deportation, even though he has an Anglo-Indian wife. Though Oldfield’s defence against deportation was that Australia was a racist country — true, but god, the man is a tool — where his wife would be made to drive taxis on Manus Island, he unaccountably gained a groundswell of support, even in Oxbridge, and was reprieved. I expect to see him in Shoreditch, at the nearby coffee lab, waiting to get his complex beard trimmed, any morning now, after which Crapston may look good.

*yeah it occurred to me as I wrote the phrase that that would make a great title for a tiresome, prizewinning midbrow novel. It’s all yours.

**if you get this ref you are either very very old, or lie awake listening to old BBC radio comedies on radio national at five am. Get up! All these people are long dead!

***in snooker, you pot a red ball (1 point) and then one of the colours (black = 7 points), which is then put back on the table. After all 15 reds have been potted the six colours are potted. A maximum break is fifteen reds, fifteen blacks – a near impossible achievement – and all the colours for 147 points, done in a single uninterrupted passage, 36 flawless shots.

Gold koala stamp for best segue of the year.
Plus bonus points for the 147 link.

Thanks for mentioning the ‘maximum break’ – I’d never heard of it, until now. That video is extraordinary.

‘…Oldfield’s defence against deportation was that Australia was a racist country — true, but god, the man is a tool — where his wife would be made to drive taxis on Manus Island…’

Nice one, Guy. Sad to admit but this bloke actually pushed me a short distance in the direction of elitism. I’d vowed it would never happen.

I’m sorry: Pot Black always put me to sleep. However, I can enjoy reading Rundle on Snooker, so maybe it was the style…

The utterly repellent Ja’mie Dungpole in the Speccie did a nice riff of Niggie’s “did coke coupla times but dint like it”. More fun however was the apoplectic comment thread.