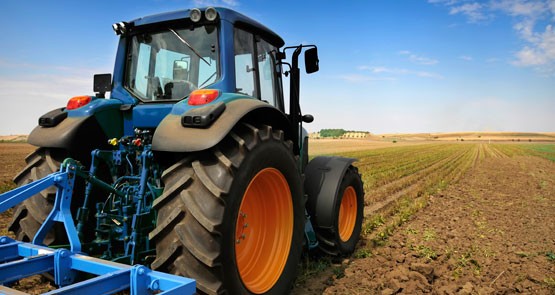 Australian farmers are doing it tough, with many burdened with unmanageable debt. But there is a vast untapped resource that could provide the solution to rural woes: Australia’s seniors.

I am involved in starting a movement to find thousands of “grey apprentices” to partner young farmers whose skills need an injection of cash, wisdom and mutual respect. I am working with a fine team of researchers at Per Capita to determine the most effective way to bring this into being.

Many of Australia’s farmers bought farms with minimum equity at maximum prices during the height of the boom before the GFC of 2008, then went further into debt during subsequent droughts and floods in the hope of surviving until a new wave of prosperity occurred. In a rapidly changing world, those good days are now a mirage on a disappearing horizon.

But seniors, especially those with spare capital and business wisdom, could provide the much-needed lifeline. The best deal would be for those elderly investors to decide to live in the same rural community as the farm.

“The majority of older Australians have lived their years in capital cities and, when they retire, too many head for the beaches … after a few months, they are bored out of their brains.”

The majority of older Australians have lived their years in capital cities and, when they retire, too many head for the beaches as they follow a dream of happy days watching the waves roll in to pleasant sandy shores. But after a few months, they have watched the waves for too long and are bored out of their brains.

Now some are heading to the bush, looking for a small and pleasant community that gives them a new and interesting lifestyle in total contrast to their city days. They enjoy involvement in the life of the community while coming to understand the economy of surrounding rural industries. Some buy a local shop, while others look for a farmer who needs a financial partner and is willing to introduce them to farming skills.

Without doubt, there is capacity to turn this trickle of new rural dwellers into a national movement of significance.

There are problems to overcome, such as identifying rural communities who are not wary of “city slickers” and where farmers are ready to welcome business partners. We also need enlightened governments to provide tax incentives and do something significant about reducing transport costs and other financial burdens caused by the tyranny of distance. Politicians have been promising this for a century but have delivered little because there are not enough votes out in the bush to cause them real concern. The disgraceful result is that the huge potential of rural Australia to become the greatest food producer in the world has never been realised.

We also need to protect farmers from the owners of supermarkets, who screw them into the ground mercilessly — they are greater predators than floods and droughts.

Strange as it may seem, an even greater challenge is to convince oldies that a relaxed retirement is a fast way to the grave, while long life comes when you start a second career that brings a stimulating challenge.

But seniors will resist the lure of country life until there is a revolution in the quality of bush housing, as most of it belongs to the lifestyle of yesteryear. And cultural life of rural communities has to come alive as well — society based only on the local pub is primitive.

Nevertheless, the opportunity for regeneration of the bush is there for the taking, because the world has 7 billion people, growing to 9.5 billion by 2050. Most are underfed. There is a fast-growing middle class on every continent who seek quality food that only a huge and empty island like Australia can produce if it builds a prosperous farming industry backed by innovative marketing and distribution.

It’s worth a go. Watch this space.

*Everald Compton, 83, was an adviser to the federal government on ageing, but was recently sacked (along with the advisory Panel on Positive Ageing) by Treasurer Joe Hockey. Compton tweets at @EVERALDATLARGE

I think there is enormous potential in this style of thinking. Yesterday I was reading a horrific article about factory farming in the US which was published by Rolling Stone. It is truly horrendous reading, but at the end it talks about the future with some positive signs of farms returning to a more cohesive, harmonious existence. You can read it here: http://www.rollingstone.com/feature/belly-beast-meat-factory-farms-animal-activists

If we can combine a meaningful existence for retired senior s coupled with a style of farming that doesn’t persecute animals from birth to death, a kind of holistic food chain can be formed. Imagine, instead of rotting away in a nursing home, if there were meaningful activities for seniors to participate in, at all ages and levels of infirmity, rather than bingo and cards.
I realise that this is slightly different from what the article is talking about by the way. But just a thought.

I just wanted to say that “Everald” is the most splendid name I’ve heard all year.

Another opinion – why would retirees in their sixties + who have worked hard and paid taxes all their working life want to risk capital, take equity in a farming venture and put in long working hours required as an equity partner.

What is wrong with a sea change enjoying walks along a tranquil beach at dawn with your partner, joining a myriad of interesting social networks, playing golf, spending time with grandchildren at the beach, entertaining friends, fishing, easy access to the arts and entertainment programmes.

Excellent idea, move to the country for your active retirement then after 15 years the widow returns to the city for her frail old age because the frail aged facilities are city based

There is no doubt that a vast amount of skill is being lost every time someone retires to do a Candide, coastal or otherwise.
Anyone who has ever worked in office when the IT goes down will know how rare it is that callow youth knows shit about shit without the System.