The parliamentary committee tasked with overseeing sensitive intelligence agencies has finally been picked. It's heavy on Defence and DFAT types, so will it do its job properly? 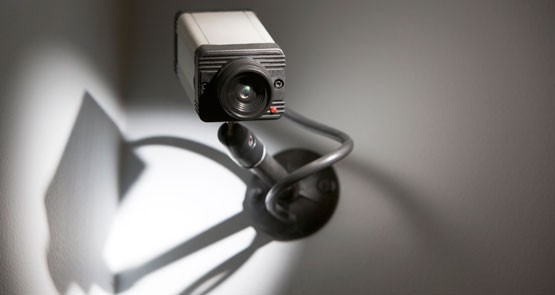 Independent MP and intelligence whistleblower Andrew Wilkie has been forced off the re-established Joint Committee on Intelligence and Security, which is set to be dominated by former military and foreign affairs personnel. Shadow Attorney-General Mark Dreyfus has also missed out in favour of Labor backbencher Joe Ludwig.

The committee is a statutory body established under the Intelligence Services Act with a membership limited to 11, split 6/5 between MPs and senators. It oversees intelligence agencies that for national security reasons can’t be subjected to public scrutiny like normal public service agencies. Liberal backbencher Dan Tehan will chair the committee, while former Labor chair Anthony Byrne will be deputy chair.

Tehan is a former DFAT official and diplomat. Nikolic has an extensive and distinguished Defence background, having reached the rank of brigadier in the ADF and served in Afghanistan and Iraq, and also as a senior official in the Department of Defence. Fawcett is also a long-serving former military officer, while Ludwig is an Army Reserve officer.

Apart from the dominance of ex-national security establishment MPs, there are some intriguing aspects to the committee membership. National security hardliner Philip Ruddock will not be chair, given his role as chief government whip. Long-serving WA Senators Bishop and Eggleston are retiring and will have to be replaced in 2014. And Labor has put up three senators for the committee to accommodate Ludwig and only two House of Representatives members, meaning that, once Plibersek exercised her prerogative to take a committee position, former chair Byrne and Mark Dreyfus had to fight it out for the second Labor Reps position.

Byrne as chair had overseen the controversial national security reform inquiry launched by former attorney-general Nicola Roxon in 2012 in which the committee refused, despite enormous pressure from intelligence and law enforcement agencies, to recommend a data retention regime, leaving Roxon’s successor Dreyfus to shelve it. Byrne managed to keep Dreyfus out of the second Reps spot, although Crikey understands Dreyfus was slated for the spot as late as mid-week. The Labor manoeuvring and the apparent desire of both sides not to surrender a spot to Wilkie — who took one of the non-government committee spots during the Gillard minority government — delayed the finalisation of the committee until yesterday.

Wilkie, a former army officer and Office of National Assessments official, professed himself disappointed with missing out, but said it was “no big deal”. “I’ve got more important things to worry about,” he said. There were some “good, competent opposition members” of the committee, including Plibersek and Byrne, whom he said had done a very good job on the national security reforms inquiry.

The presence of Plibersek, however, raises some issues around the functioning of the committee. As deputy leader and shadow foreign affairs minister, Plibersek has access to confidential briefings on national security issues not available to other committee members. It also means the committee is more closely aligned with the executive, even if Plibersek is in opposition.

A key priority for the new committee should be to immediately seek a briefing from Australia’s signal intelligence agencies about the Edward Snowden revelations and the extent to which information on Australians is being shared with the US National Security Agency, UK intelligence agency GCHQ and other “five eyes” spy agencies. The UK equivalent to the JCIS, the Intelligence and Security Committee chaired by former Tory minister Sir Malcolm Rifkind, has demanded that GCHQ explain its information-sharing arrangements with the NSA relating to UK citizens and there is no reason why JCIS should not demand the same after evidence emerged from Snowden that the then-Defence Signals Directorate (an Australian body now operating under a different name) was happy to provide raw metadata from Australians to the NSA.

Some of those issues will be picked up by a Senate inquiry successfully moved by Greens Senator Scott Ludlam this week to conduct a comprehensive review of the Telecommunications (Interception and Access) Act 1979, which is the basis for intelligence agency and law enforcement surveillance of Australians. But it is JCIS that must provide systemic oversight of the behaviour of our agencies, about which serious questions have been raised both by the Snowden revelations and the remarkable raid by ASIO last week intended to disrupt Timor-Leste’s Court of Arbitration case against Australia and evidence of Australian bugging of the Timor-Leste cabinet under the Howard government.

Whether a committee heavy with former Defence and Foreign Affairs personnel is prepared to exercise the appropriate level of oversight of Australian agencies remains to be seen over the course of the Parliament.

Great. “Chuckles” Ludwig, after his reaction on TV to the treatment of live cattle, has been picked to play with this sensitive issue now?

Perhaps Ludwig could get a decent tailor before the next sitting? I grew so irritated watching his nervous tic of shooting his cuffs every two or three seconds.
Remember this was the dill who once chaired an Estimates hearing into the AFP and seemed to believe that his role was to run interference to protect Negus from any question more complex than “what is your name?”
Wilkie’s eschewing of regret is a good acknowledgement of what a waste of time it will be to “oversight” Intelligence. Members would be more productively employed picking oakum.

Joe Ludwig? A member of a committee with ‘intelligence’ in the title? Give me strength.

Hmmm, don’t like the look of that. We can only hope this does n’t represent a bipartisan approach to the important decisions.