Superannuation rules were changed in 2011 to ensure investments were really used in retirement. But journalist at The Citizen Sally Stewart says the rules had an unintended victim. 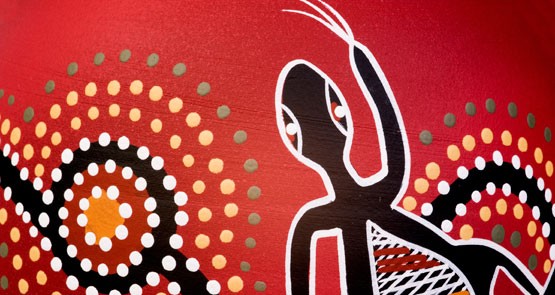 Sales of indigenous art have been hit hard by the unforeseen effects of new super fund rules passed in 2011.

“In one word, the impact has been devastating,” says Claude Ullin, the proprietor of Aboriginal art gallery High on Art in Melbourne’s Armadale. “It’s the very thing the government didn’t want to happen.”

Under the stricter rules, artworks bought by Australia’s 420,000 self-managed superannuation funds (SMSFs) cannot be displayed by trustees or anyone related to them in their homes or offices. Instead, they must be properly insured, independently valued and stored off the premises, out of sight. This applies not only to artworks but also to other “personal use” collectibles such as jewellery, antiques, coins and rare books.

Graeme Collins, of superannuation advisers CBS Financial, says the new rules are fair: “The sole purpose of superannuation is to provide for retirement benefits. Getting a personal benefit from an artwork now, before you retire, by enjoying seeing it hanging on your lounge room wall, breaks that sole purpose test.”

The new rules were triggered by the Cooper Review of 2010 and came into effect on July 1, 2011, under  then-minister for financial services and superannuation Bill Shorten.

As a result, self-managed superannuation funds are only allowed to invest in specified assets such as property and shares. Artworks and collectibles are classified as assets, but if they are displayed they are deemed to be “used” and so no longer qualify.

But the effect on Aboriginal art was unforeseen. “SMSFs were my biggest customers, as they were for all indigenous artworks,” Ullin said. “And now they’ve disappeared. My sales have dropped by 80% since July 2011, and I’ve seen a massive number of indigenous art galleries close in the last two years. I’m one of the few left in Melbourne.”

There is no comprehensive data on the indigenous arts industry as a whole. The most recent figures are contained in an Australian Bureau of Statistics report into the sector published in 2006 using data collected from the 2001-02 census.

It found that 52% of Aboriginal and Torres Strait Islanders were more likely to work in the visual arts sector as their main job, compared to 9.7% of non-indigenous Australians. However, on average, they earned less than their non-indigenous counterparts, despite the growing prominence of indigenous art.

A 2002 Inquiry into the Contemporary Visual Arts and Craft sector by Rupert Myer found the total indigenous art and craft market was worth $200 million a year, with expectations that it was a fast-expanding sector — until the super changes.

“It’s an all-round market crash,” said Ullin. “It isn’t simply that SMSFs aren’t buying indigenous art any more. The market price of indigenous art fell so dramatically that people like me who were carrying a lot of stock were affected by that as well.”

The Aboriginal visual arts sector is not only an industry but also an integral part of a traditional culture. Its 43 regional arts centres all highlight the connection between artists, the land and their communities. The most recent figures available are in a Senate Standing Committee report of June 2007, which show the art centres generated $12 million in sales income in 2005-06 and received $1.7 million in project grants and funding. On average, around 60% of the sale value went to the artists and about 40% to the art centre.

Individual artists earning their own living can also benefit the wider community: in many indigenous cultures, especially in remote communities, pooling resources is common and artists often share their cash earnings and goods purchased.

“Art can be valued in ways other than dollars and cents,” said Mark Stapleton, who heads up the Aboriginal and Torres Straits Islanders’ Arts Division of the Australia Council for the Arts. “It can be of inestimable value for young Indigenous people to learn about seeing something made. When we make art in the company of others, we’re teaching people the 360 degrees of human experience in which to measure art.”

Ullin believes Australia is beginning to recognise the greatness of its indigenous artists. “Their work is truly an Australian movement, and some of their work is so stunning,” he says. “It is this country’s greatest export, and this crisis needs looking into.”

The indigenous art sector has traditionally attracted strong overseas investment. But the effects of the global financial crisis, the recent strength of the Australian dollar and a possibly overheated market have also played a part in the sector’s current predicament.

Despite the market slump, renowned indigenous affairs expert Professor Jon Altman, who founded the Centre for Aboriginal Economic Policy Research at Australian National University, says he is unaware of any concerted push to review the super fund rules. “[When the rules came in] the response of a number of key collectors was to quickly offload their art collections onto an already flooded secondary market,” he said. “I believe the deleterious impact will continue.”

The space between the boxes: how white Australia ‘remembers’ Aboriginal Australia

An artistic map with routes to another country

This is not an unforeseen effect. It’s an intended effect. The purpose of super is not to support the arts sector.

The superannuation rules in relation to works of art are an invitation to fraud, as there is no way owners of works purchased for investment can properly track them without looking at them.

On the other hand only the truly gullible buy works of art purely for investment. A work of art is worth precisely what someone is prepared to pay for it. The art market operates without any of the constraints experienced by those dealing in real estate or shares. Because it takes a long time to get to know about the art of a particular culture, neophyte collectors are at the mercy of dealers and consulants.

The best advice I would give anyone wanting to invest in art for their superannuation is don’t. Instead spend some time (at least a year, maybe longer) getting to know a lot about the art you like. Then buy it for now, for the continuous pleasure to be gained from looking at it every morning. It may happen when you are old and grey that you need money. That might be the time to sell, and to see if others share your love. But even if the work sells for a high price, it will never fully recompense you for the lost art.