Dud dinner. “What Melbourne-based legal firm is having trouble getting guests to come and hear Tony Abbott at its celebratory dinner?” asked a tipster. We’re not sure — we could only find out that Abbott spoke at the Asialink Chairman’s Dinner in Melbourne on December 5 (plenty of legal types were there). If you know more, do let us know. We’d love to break bread with Tony.

Nurses failing tests? We received this anonymous claim about a Melbourne hospital:

“So many intensive care nurses working under 457 visas at Monash Medical Centre have failed their annual advanced life support competency that further testing has been suspended as it is causing staffing issues.”

We put that to a spokesman for Monash Health, who said:

“Advanced life support training is being delivered as usual and is not suspended. As expected with any training programme a small number of staff will require additional training. This has not been noted as an issue for any particular staffing group.”

So it looks like the claim is not correct. But some healthcare insiders around the country will know of concerns about the training and competence of a minority of internationally trained medical staff (upon whom we’re so reliant). Or has the system been improved and such cases been ironed out? Medicos can fill us in here.

Keating rocks the House. A certain PJ Keating returned to Parliament House today to speak to caucus on the 30th anniversary of floating the dollar. This sparked excitement from various Labor MPs, including WA Senator Louise Pratt: 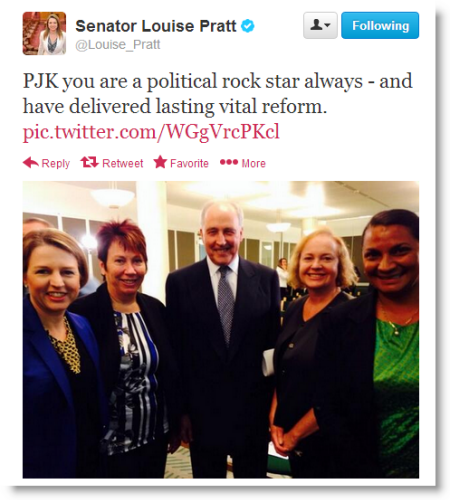 Funny how you don’t hear much from critics of the move to float the dollar any more — there were plenty around in the 1980s. And of course a certain Tony Abbott wrote this in 1994:

”The floating of the dollar remains an article of faith with the leadership of both main parties, notwithstanding its exceedingly dubious outcome for Australia … Changing the price of the dollar moment by moment in response to each transaction makes no more sense than altering the price of cornflakes every time a buyer takes a packet off the supermarket shelves.”

So do you still believe that, Tony? Should we peg the dollar to, say, the Chinese yuan?

Memorial fracas. There’s plenty of talk on the internet about this now-infamous selfie taken at the memorial service for Nelson Mandela. 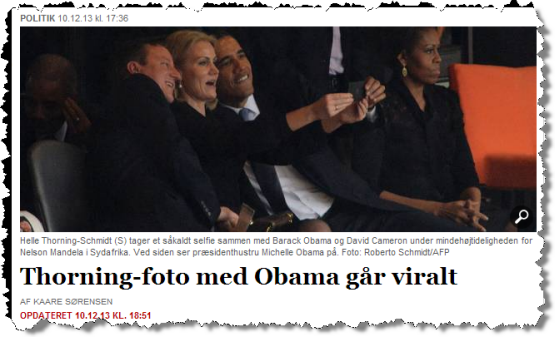 You (along with many journalists covering the event) may have wondered who the woman posing so cosily with Barack Obama and David Cameron is. It’s Danish Prime Minister Helle Thorning-Schmidt — which is why we’ve taken this tear-out from the Danish Jyllands-Posten. While Michelle Obama is arguably unimpressed at their iPhone antics — judge for yourself at this comprehensive photo spread in the wire — the JP is cross that it took the media so long to work out who the woman in the centre was. The Danes fingered WashPo and USA Today for not identifying Thorning-Schmidt.

Melbourne Metro under fire. Anger is growing down south at this video footage of a Melbourne public transport ticket inspector spear-tackling a 15-year-old girl (watch it and judge for yourself). The incident has led to a change.org petition with 30,000 signatures, plus this riff on Metro’s catchy “dumb ways to die” ad campaign (which encourages people not to get run over by trams etc). 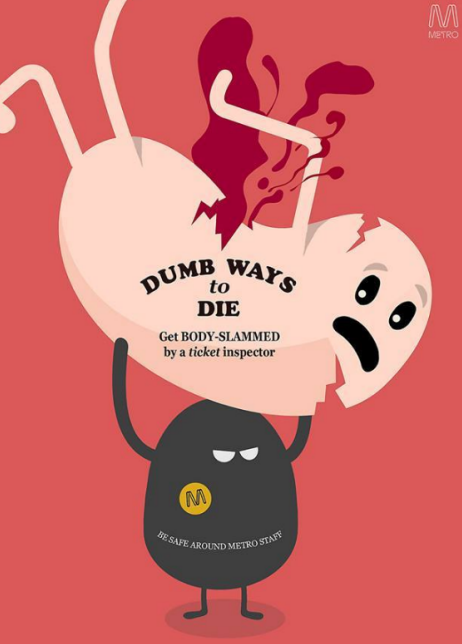 Frugal festive season. With the festive season well and truly upon us, and food and alcohol coming from every direction, perhaps we could take a leaf out of China’s book. This from state-owned Chinese news agency Xinhua earlier this month:

“China’s new rules on official receptions have been welcomed by grassroots cadres at a time of the year that in the past involved overindulgent banquets and glutted stomachs. ‘In previous years, with floods of guests to entertain, I used to sleep at scenic spots night after night during the peak seasons,’ said a head of a local reception office in Damao County in Inner Mongolia Autonomous Region … The document prohibits cigarettes, expensive alcohol, and dishes containing shark fin, bird nests and wild animal products at official receptions.”

Is austerity the order of the day at your workplace this Christmas? Tell us of your work parties, presents and hampers — the good and the terrible. And if you’re looking for some dance floor tips for your Christmas party, check out the rogue tap-dancer in this vid. 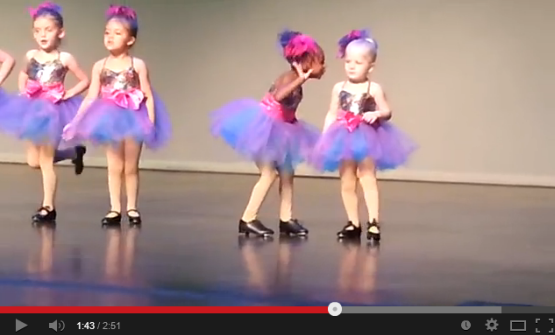 Bill Shorten is having a party but don’t tell BuzzFeed