The small losses General Motors will take on closing Holden reflect how little it has invested in local production, Glenn Dyer and Bernard Keane write. 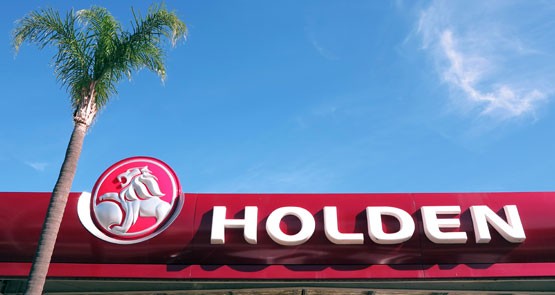 The most surprising thing about the Holden closure decision is how little the financial cost will be to its parent, General Motors. In yesterday’s statement, GM’s about-to-retire CEO, Dan Akerson, said the cost would be “pre-tax charges of $US400 million to $US600 million in the fourth quarter of 2013”:

“[GM’s charges] would consist of approximately $300 million to $500 million for non-cash asset impairment charges including property, plant and equipment and approximately $100 million for cash payment of exit-related costs including certain employee severance related costs. Additional charges are expected to be incurred through 2017 for incremental future cash payments of employee severance once negotiations of the amount are completed with the employees’ union. The asset impairment charges will be considered special for EBIT-adjusted reporting purposes.”

The lack of any significant impact of the write-down on GM tells us the decision was easy in the end — the financial cost is minimal, and GM and Holden will have a lot of nice, juicy tax losses, which can be used to protect earnings in the next few years. That in turn will add a tiny bit to the pressures the federal budget faces from weak growth in company tax.

To give that some context, QBE, the big local insurer, revealed nearly $US1 billion in write-downs and other charges on Monday, News Corp has written down the value of its Australian operations by more than $US3 billion in the past three years, Fairfax has reported write-downs of more than $A3 billion as well, and BHP Billiton wrote down the value of its US shale gas business last year by $US2.9 billion. And Rio Tinto wrote off more than $US14 billion in 2012, including $US3.8 billion on a dud coal mining deal in Mozambique.

Looked at another way, the cost to GM is considerably less (around a third) than the $A1.8 billion in tax forgone from the Abbott government’s mule-headed decision to abandon Labor’s tightening of the rules on salary sacrificing car purchases. None of that money will make its way to the car industry or car workers (it was estimated to cut car sales by just 10,000, in a year when sales will top 1.1 million, a near record). The government could change its mind and reintroduce the tax and direct the revenue to financing structural change and transition for the car industry workers — the money would get to them that way.

But the surprisingly small cost of the closure to GM reflects one major point: the lack of any significant investment by the company and its parent in Australia, despite $1.8 billion in assistance paid over the last decade. It would appear the assets are old and heavily depreciated, with a small residual value; a large dollar value for the cost of the closure would have told us there was a lot of newish equipment at the car and engine plants in Adelaide and Melbourne. When the Melbourne engine plant was opened about a decade ago in 2004, GM said it cost $400 million.

In the 2012 Holden business review, the company reveals that it took “$226 million in special one-off charges associated with the restructure of the business — predominantly due to revaluing the company’s manufacturing assets to align with reduced demand”. That was a revaluation downwards, not upwards. Add that to yesterday’s statement, and the costs rise to a peak of just over $US800 million, which is still not much.

The business review shows an obvious slide in sales from $4.5 billion in 2010 to $4.0 billion in 2012. In justifying receiving $150 million a year over 12 years in assistance from government, Holden said it had spent “$490 million on capital, engineering and design investment” a year. That means nearly $300 million of that $490 million was spent on preparing for its new 2012 Commodore and on R&D, and very little on actual long life plant and equipment. Not exactly the actions of a long-term investor.

Tooling up for the Cruze four-cylinder car from 2008 (when it was also called by its Daewoo name, the Lacetti Premiere) would have been a major cost, as would preparing for the new model Commodore. But that was normal spending on tools, etc, for a new car or new model, not revamping the car and engine-making plants and making them more productive.

The Holden decision had little impact yesterday on the share prices of the two major listed car dealers, Automotive Holdings of Perth and AP Eagers of Brisbane. Investors both have survived the closures of Mitsubishi and Ford (they each have car dealers for each brand). Holden won’t have any impact — Automotive Holdings says over 50% of its Holden sales are of imported models. Selling cars — a business that employs many more Australians than making them — will continue to enjoy rude health far into the future. Australians like buying new cars. Just not Australian-made cars — something GM seems to have worked out a long time ago.

Automotive shares slipped 2.6% to $3.36; they peaked earlier this year just above $4.20 and have been on a slow-moving decline since. AP Eagers shares (APE) shares edged 2 cents higher to $4.82.

The wider impact was on market and consumer confidence (which fell to a five-month low, according to the Westpac/Melbourne Institute survey of consumer sentiment for December). When taken with conflicting decisions and comments on GrainCorp, the debt ceiling, a foreign investment decision on a Chinese coal company yesterday, and spending and taxes, the Abbott government is in dangerous waters.