The mishandling of the Holden decision by the Abbott government reflects the need for a real economic strategy -- one that perhaps only Joe Hockey could provide. 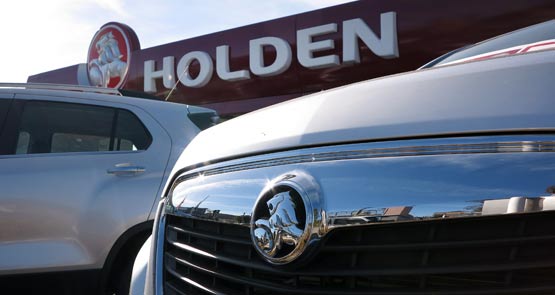 Right outcome, wrong method, is the best summation of the federal government’s handling of Holden.

In fact, to steal a movie line, it’s hard to see any method at all.

The official government method of dealing with the Holden issue, that of a mature, adult, methodical government, was to ask the Productivity Commission to have a look at the issue before making a decision. So, the dice might have been loaded against further handouts, with the PC hardheads running the ruler over assistance, and plenty of dries in cabinet, but there would be a process leading up to a decision.

Then GrainCorp happened, with the xenophobes and economic illiterates of the Nationals badly denting the government’s “open for business” credo. The dries preemptively leaked against Industry Minister Ian Macfarlane that Holden was dead. Macfarlane appeared at a loss as to how to fight back. Emboldened, Treasurer Joe Hockey laid into GM this week in Parliament in the absence of the Prime Minister, in effect daring GM to walk. They obliged him within 24 hours, at the same board meeting which saw the appointment of new CEO Mary Barra, who had previously overseen a rationalisation of GM’s overseas operations.

Now the task for the government is to try and pin the blame on Labor and trade unions, blaming the carbon price and general Labor mismanagement, as well as truculent workers wanting pay rises. The carbon price impact per vehicle was so tiny — $45 a vehicle — that the company hadn’t passed it on to consumers. Indeed, Holden CEO Mike Devereux said two years ago that the carbon price was irrelevant, and even suggested it wouldn’t matter if it was applied to petrol. Under the Fair Work Act, labour productivity has reversed the flat or declining performance we saw under the Howard government.

Labor is, however, indirectly responsible for the company’s woes: if it hadn’t been for Labor overseeing a growing, low-inflation, low-debt economy for the last six years, the Australian dollar wouldn’t have become a safe haven and surged over parity. Moreover, it failed in its efforts to use a mining super profits tax to fund a 2% corporate tax cut for the rest of Australian business.

Nevertheless, with the bully pulpit of government and sympathetic media, the government might be able to make a reasonable fist of making sure it doesn’t get blamed by voters for the departure of GM. Whether it wears the blame if Toyota, during the course of this term, also declares it will pull the plug, however, remains to be seen. One car manufacturer can look like misfortune, but two, etc.

The problem though is that the government’s confusion in the lead-up to the decision reflects a broader confusion about the government’s economic direction. It has a five-point economic plan composed entirely of motherhood and cliché. It talks about reform, and it has set Commissions of Audit and financial services inquiries going. But there’s no sign of a coherent economic strategy. It’s one Labor slowly crept toward under Julia Gillard, and she had the makings of one toward the end of her time in government — overhauling funding for secondary education, dealing with a strong dollar by focusing more on encouraging actual manufacturing innovation rather than simply pouring money into generic R&D tax concessions, identifying and exploiting more opportunities in Asia, driving investment in renewable energy. It wasn’t exactly Hawke and Keating stuff, but it was a solid economic strategy.

The Coalition opposes most of those, and therein lies the problem: we know what Tony Abbott doesn’t like, but have no idea what he actually wants for Australia, what his vision of the economic future of Australia is, let alone what sort of role, say, manufacturing has in it. At the moment, at best, he looks like the umpire between the dries within his party and whatever wettish types are left and the illiterates of the Nationals, handing out wins to each side to keep them happy.

Yet again, we come back to the unsettlingly accurate prediction of economist Saul Eslake earlier in the year about how an Abbott government might play out like the Fraser government.

Paul Keating was in Canberra today, talking about the floating of the dollar 30 years ago. His retrospective account suggests a greater coherence and strategy to events than was actually the case, and as always he downplays the important contribution of Bob Hawke in assuring Australians that they were safe as Labor embarked on the journey of economic reform. But Keating illustrates the challenge for the Coalition of the importance of bringing a coherent economic vision to government — and if Abbott isn’t up to it, then it needs to be his Treasurer who steps in and starts imposing his vision on the economy.

Did Tony Abbott say he would create 2million new jobs or did he say he would destroy 2million existing jobs?? Just can’t remember, all so confusing seems like I heard things that were the opposite to what he is actually doing. All my fault for voting for him.

One way to fight Dutch disease is to invest Sovereign Wealth Funds – funded with say, a resources tax – and maybe even investing in clean energy (*gasp*).

Stop the presses … Bernard agrees with himself. Polly want a cracker. No Anna, but a skinny latte would be nice …

Hockey develop an economic strategy? Bernard wrong again!
Joe led the dries conga line in taunting GM; he agreed to the Abbott policy to cut $500 million in subsidy funding and no more beyond 2016 for the vehicle manufacturers and he kowtowed to Joyce and Co to stop US investment in Grain Corp. Australia is closed for business, if it doesn’t mean more money for mining; hardly an inspiring track record for sound economic strategy.

I just heard Hockey in question time blaming the cost of carbon tax as partly the reason why Holden is closing.
What’s going on with Crikey and GM’s management, who suggests otherwise? Who do we believe?