Return of the chair sniffer? How Barnett screwed it up so badly

Colin Barnett rose from the political ashes to win the WA state election by a landslide, but now he's facing a leadership spill against him. Perth journalist Tim Oliver asks: how did it all go wrong? 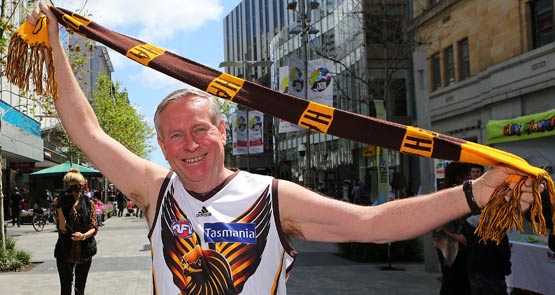 One political observer in Western Australia predicts a leadership spill for premier “within months, if not weeks”. There seems to be general consensus among the West’s political commentators that Colin Barnett (pictured) won’t make it to the next election.

But how did it come to this? At the March 9 election this year his party garnered an almost 9% swing and an extra seven seats on top of its 2008 result in a “landslide” victory that, in partnership with the Nationals, gave Barnett a two-thirds majority in the lower house.

Achieving the premiership is a dream realised for Barnett. Some may remember his failed canal vision to bring water almost 4000 kilometres from the state’s north to solve Perth’s noughties water crisis — a policy that arguably cost him the 2005 state election. Many, including him, thought his time had come, and he announced his retirement in November 2007. It was only a comedy of errors within his own party ranks — mainly centred on the infamous chair-sniffing scandal of then-leader Troy Buswell — that returned  Barnett, first to leadership and then premiership via the similarly ridiculous 2008 state election.

So what has gone so wrong since March to cause such a rapid turnaround in popularity? For one, Barnett has backed down on an astonishing number of election promises and further exacerbated the issue by claiming his voters “[don’t] study the promises”. The state opposition even launched a website in July to keep up with the Premier’s broken promises, which now number 43, according to the site.

Furthermore, two controversial austerity measures were reversed in August after a public backlash, weakening the government’s claims to “sound economic management”. Barnett had only just finished wiping the egg off his face when Standard & Poor’s downgraded the state’s credit rating from AAA- to AA+, citing a “limited political will” to cut spending.

His renewed whinging over the state’s share of the GST did little to quieten critics and prompted federal Treasurer Joe Hockey to point out that he would not be breaking his election promise, “end of story”.

As Western Australian political observer The Good Oil reports, even his own party members are losing faith in him. But this is hardly surprising, considering the number of ministers he has dropped to the backbench or overlooked for promotion in his numerous cabinet reshuffles. Just days ago the website announced it was “easier to keep track of who is not pissed off with the Premier” than the other way around.

But is this simply a problem of poor management and unfortunate conditions, or is Barnett’s heart just not really in it any more?

He’s certainly been in the game for a long time, having held his seat of Cottesloe since August 1990. He’s not new to the party leadership, either; first elected deputy in 1992, he’s been in the upper echelons since. Dr Ian Cook, an expert on WA politics from Murdoch University, says Barnett has lacked energy since the start of his campaign in March and doesn’t “look desperately like he really wants the job”.

But the biggest problem for the WA Libs is who could replace Barnett, with a distinct lack of appealing candidates.

Late last month The Good Oil was reporting a potential leadership spill in favour of Buswell; he’s certainly the most qualified for the job, but the party must be nervous about his baggage. Aside from the chair-sniffing incident, he’s also had to answer accusations of “bra snapping”, “squirrel cupping” and an affair with former Greens MP Adele Carles. Poll expert (and Crikey‘s Poll Bludger) William Bowe agrees ditching Barnett in favour of Buswell would be “insane” and likely result in a heavy defeat in 2017.

Deputy Kim Hames might seem like a more appropriate choice, but he’s also faced scandals this year, resigning the tourism portfolio in July after admitting to wrongly claiming accommodation expenses. That, and his distinct lack of charisma — the state Libs’ equivalent of Warren Truss — is unlikely to win back any voter confidence over the last year’s bungles.

Party figures lament the loss of Christian Porter before the last election because, given Barnett’s captaining of the ship since March, he’d probably be premier already. Instead it looks likely the Liberal Party will have to bring in a fresh face when a change in leadership becomes necessary.

There is word that Police Minister Liza Harvey is being groomed to take over, a point The Good Oil claims is further reinforced by a report that shows the party’s deputy state director, Ben Allan, now resides in Harvey’s office. She’s an obvious strategy given the Liberal Party’s perceived general reluctance to promote women; however, doubts have already been cast about her ministerial calibre, let alone her potential as premier. As Cook says, she’s “plan C — who else do they have?”.

Barnett is maintaining he’ll stand in the 2017 election because, right now, he has to — there’s no one else to take over. The Liberal Party can’t stand to lose him at a time when it can’t seem to do anything right. It might do better to keep a lid on the dissent, at least until it’s over the latest disasters or a serious alternative miraculously appears.

WA election: Barnett will win, and by more than a sniff

Interesting piece on a state that doesn’t get much attention from Crikey. Thanks.

You may be right in stating that Buswell is the one most able to take over from Barnett but this is only because of the absolute paucity of talent. This is a major problem for Barnett as it results in the few memebers of his Govt that can walk & chew gum at the same time being horrendously overworked.

Buswell seems to live a charmed existence whereby he is regarded as talented but flawed.

Cloe examination reveals a facile intelligence that quickly enables him to have a superficial grasp of the topic and speak glibly.

His performace actually reveals this lack of depth thus he is not talented buit flawed but very average ( personable tho’) glib but very flawed.

Barnett is actually not that bad just become arrogant & impatient with a desire to live a hertiage of capital works. That his colleagues are so supine has allowed him to run rough shod and poor govt is the result.

Barnett’s performance is typical of LNP. Much talk of being good managers which is at odds with the reality

Frustratingly, WA Labor actually has some depth of talent (relatively speaking of course). But fixed terms mean we’re stuck with this bunch of non-entities until 2017.

Hilariously, I read in the local paper (an accident, I promise) the other day that the Subiaco mayor and a bunch of councillors have formed a ‘working group’ to try to keep Subi Oval and prevent the new stadium being developed in Burswood. Even though Barnett made the Burswood decision years ago, and work has begun at Burswood. And oddly enough, I don’t recall any of these councillors (most of whom are probably life-long Liberal voters) ever saying a single thing to help out Labor at the March election, despite the fact that building the new stadium at Subi was a key part of the ALP platform.