Tony Abbott declaring that sacked Holden workers can re-train and find themselves a job at Olympic Dam shows just how out of touch this government is. 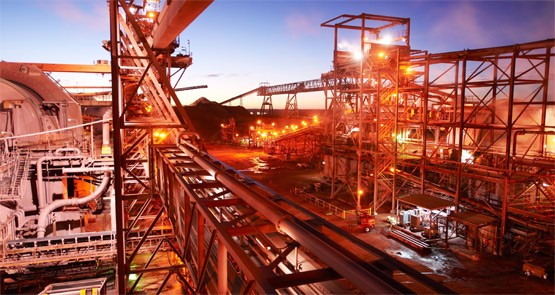 Now Prime Minister Tony Abbott seems to be hoping a BHP expansion of the copper/gold/uranium mine will help clean up the damage caused by the government’s bizarre mis-handling of Holden. Abbott told Parliament on Wednesday:

“There is much that we can be hopeful and optimistic about in the resilience of the South Australian economy, particularly if government can do all that is necessary to ensure that the Olympic Dam mine expansion goes ahead.”

If that’s seriously Abbott’s back-up plan, to retrain and redeploy ex-Holden workers in Adelaide at BHP, then nothing could illustrate better that this government is absolutely winging it on the car industry and did not anticipate Holden’s decision yesterday.

It is verging on insulting to Holden’s workers at the doomed Elizabeth plant to tell them they may have a future at a mining project that was shelved in August 2012 after literally years of debate and speculation.

BHP already faced a significant over-expectation problem: in South Australia at least, the $30 billion expansion — which would have converted the underground mine to open-cut, eventually creating the world’s largest hole — was almost expected to cure poverty.

We watched the embarrassing spectacle of the state’s Parliament prostituting itself before a BHP board meeting, bending over backwards to ensure every conceivable legislative impediment was swept aside to ensure a favourable investment decision.

But ultimately BHP’s then-chief Marius Kloppers, and his then-head of non-ferrous Andrew Mackenzie — who has since taken over as CEO — decided to cop a $US346 million write-down against the expansion and defer it indefinitely, citing market conditions including subdued commodity prices and high capital costs.

As opposition leader, Abbott tried to politicise the decision, pretending the shelving of the expansion was related to the carbon price, which it wasn’t. He was forced to admit that he hadn’t read BHP’s statement on the closure. (Perhaps, he still hasn’t.) Relations between BHP and the PM are still under repair after that episode.

Maybe Abbott was not just indulging in retail politics, as everyone assumed. The frightening reality is dawning that perhaps Abbott believed his own rhetoric: axeing the carbon tax was his only policy and he really expected everything else would sort it itself out!

The Olympic Dam expansion was shelved because it was uneconomic. Particularly, after the Fukushima disaster, uranium prices were down and, by itself, production from Olympic Dam was expected to account for something like 10% of global demand, flooding the world market.

UBS global commodities analyst Daniel Morgan told Crikey copper, gold and uranium prices had all deteriorated since. “In the last 12-18 months all three commodities have fallen. Copper was trading above $US4/lb, now it’s at $US3.27/lb. Gold was heading towards $US2000/oz., it is currently $US1256/oz. Uranium was above $US50/lb. It is now $US35/lb,” he said.

“BHP spent a lot of time and money looking at a huge open pit and after doing that work came to the conclusion that the up-front capital costs trouble the economics. I think the open-cut is off the agenda.”

More to the point, BHP is in the process of cutting investment in new projects, focusing on “sweating” its existing assets. “The new management of these mining houses [including BHP] have been brought in with a specific mandate to conserve capital and increase free cash flow,” Morgan said.  “They’ve reduced their capex guidance for the next few years. All the projects are competing harder for capital — the hurdle has become higher for projects to go ahead in the portfolio.”

In August BHP told the market it was investigating a less capital-intensive design for Olympic Dam expansion and the need for new technologies to improve the economics of the project. A decision on a smaller, underground expansion will be revisited next year. The Olympic Dam asset president Darryl Cuzzubbo, who oversees some 4000 employees, recently confirmed the resource will ultimately be developed.

But it is hugely unlikely that will be in time to help unemployed Holden workers.

Our auto subsidies were relatively low (and Keane is wrong)

Did Fairfax help kill the car industry? A victory of sorts for the <em>AFR</em>

Here’s a tip-off to the Coalition: there are already skilled workers on wait lists for jobs in the mining industry.

It says much about Abbott’s guile that he assured Holden workers they will be saved from the jaws of penury by employment in an isolated area far from their familiar patch…in non-existent jobs on a project which has been shelved. His gall is breathtaking.

As someone elegantly put it: Let them eat yellowcake!

So this is the strategy? Screw the manufacturing sector, undermine industrial relations system, then drive the rest of Australia to look for work in mines that employ less than 2% of the population under peak boom conditions? News flash to coalition. You may be all miners or North Shore doctors and lawyers…but there is the rest of the country to think of.

Paddy Manning has nailed one of Abbott’s ridiculous attempts to fabricate opportunities for redundant Holden workers.
On AM this morning Abbott claimed that all Mitsubishi workers had found jobs, ignoring the official 13.5% unemployment rate in SA and the many older workers who have simply given up looking for work in Adelaide.
Abbott said that there was the opportunity for new industries in SA, completely disregarding the fact that it cost’s a lot to start a new industry than support one that had sound long term prospects as the dollar declined.
I am not sure about Paddy’s cargo cult claim, but there is a cult of economic unreality about this Opposition Government that anything Labor supported they will destroy whatever the cost.