There's no need for alarmism: the Australian economy will cope with the job losses generated by Holden, Qantas and other closures, Glenn Dyer and Bernard Keane write. 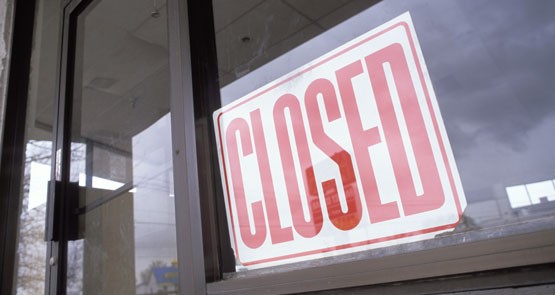 On the face of it, today’s November employment and jobs report from the Australian Bureau of Statistics was better than expected. But in reality, it was another in the growing line of monthly reports that describe a sluggish labour market that matches the sluggishness seen in other areas of the economy.

While housing and retail sales have been doing better since September, and car sales (!) are still solid and on their way to more than 1.1 million units sold this year, other sectors of the economy and the fading mining and resources sector continue to pressure the economy. The still-high value of the dollar isn’t helping, but it is down 14% or so on its 2013 high from April of close to $US1.06.

And while the 21,000 new jobs created last month was the best result for a couple of months, it is not going to ease those fears triggered by the Holden closure, the looming closure of Ford in 2016 , the retrenchments at Westrac (and other mining service companies), or at Qantas — and that’s before Toyota reacts to the departure of General Motors.

Overall there was no real change in the unemployment picture in November, even though more than 21,000 new jobs were created in the month — a big surprise given the market was looking for around 5000, perhaps 10,000 new jobs. But the rise on a trend basis (which is supposed to iron out the month-to-month changes) was just 1000 people.

On a trend basis the picture was the same — a small rise in employment, unemployment up only slightly.

In economic commentary we’re starting to hear the r-word: commentators, not all of them from the Left by any stretch, wondering if a recession awaits Australia, or perhaps a key state like Victoria, if not next year then 2015 due to the end of the mining investment boom, the loss of manufacturing jobs and the stimulus provided by low interest rates being pumped into property market prices rather than driving new housing construction.

“But history shows an open Australian economy has adjusted to big job losses. It will again.”

It’s a word we should be careful of using, because it can become a self-fulfilling prophecy. Any commentary invoking it should be carefully scrutinised. And despite what some alarmists might be saying now, the Australian economy will survive the closure of Holden and any move by Toyota to end its car-making business here.

Both Ford and Holden have shown they are sensitive to the impact of their closures on the economies of Adelaide and Melbourne/Geelong by making their departures a slow-run affair — three years for Ford and four for Holden. That will mean the impact on the jobs market won’t be as dramatic as a closure in 2014 or 2015 would have been.

That’s not to downplay the immediate impact for workers and businesses in the car sector, and economies that depend on them. It will be difficult for a lot of people and their families, but so it will be for those affected by the 1000 jobs cut from Qantas and the near 1000 jobs cut from Westrac, owned by Kerry Stokes, in the past year.

But we will get through. When Holden closed its Pagewood plant in Sydney’s south-eastern suburbs in 1982, it was seen as bad news for Sydney. Ditto when the Ford assembly plant at Homebush in Sydney was closed. That is now an industrial park and flourishing. The vast Pagewood site became a WD&HO Wills plant (which it continues to be) and a shopping centre (before Holden, Pagewood was a film studio; it has seen a succession of industries come and go). More people are employed in and around Sydney airport, a few minutes from Pagewood, than in the entire Australian car sector, and a decision to build a second airport in the city’s outer west would help absorb surplus labour and resources, as would similar infrastructure projects in Melbourne and Adelaide.

The Australian economy and that of Newcastle and the Hunter Valley survived the closure of BHP’s steel-making operations in the city in 1999 — which was a bigger blow than the exit of Holden. Some would argue the resources boom came along to help Newcastle, which is true. But who’s to say something similar won’t appear in a year or two to help ease the pain of transition for the Holden workers?

Adelaide survived the closure of Mitsubishi in 2008 — Ford and Shell are going from Geelong (Shell has closed its refinery in Sydney as well and Caltex will close its Sydney refinery next year).

We’re not being Pollyannaish: this will be a difficult time for the Victorian and South Australian economies, as well as the affected workers and their families, who now face a grim Christmas. But history shows an open Australian economy has adjusted to big job losses. It will again.

You two may gloat away, because you think you were correct, in economic terms. Whoever said we live in a society, not an economy, was dead right.
You haven’t got a clue!

Things will get far far worse if our glorious overlords actually attempt to achieve a surplus, this could be just the beginning.

“But who’s to say something similar won’t appear in a year or two to help ease the pain of transition for the Holden workers?” (A Pollyanna comment)

The mining capex downturn will be at it’s zenith in 2016/2017 when most of the infrastructure has been built. So the onset of 60,000 more unemployed along with huge numbers from the construction industry will be our Perfect Storm.
The economy is not your strong point Bernard

Whatever happened to a “Positive Mental Attitude” there has always been times when things don’t go as we would like, there have been victims, but there has also been victories – change does present opportunities. Pessimistic individuals wait for someone else to do something to improve their situation – optimistic individuals take a proactive stance and try to do something themselves to improve their situation and never give up trying.