Why China won’t — and shouldn’t — become a liberal democracy

Western commentators say China can't keep going as it is without adopting a Western-style government. Former political adviser and University of Melbourne academic Mark Triffitt says it never will -- and that's a good thing. 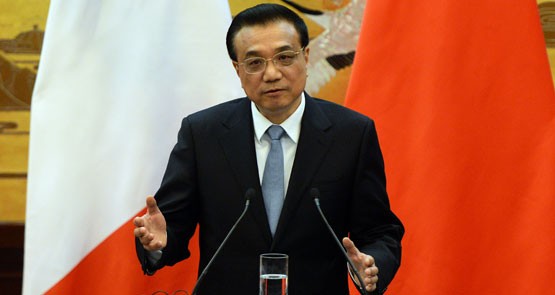 How long can China’s one-party state resist political reform and the inevitability of becoming a Western-style democracy? That’s the question many China watchers are asking as China continues its fourth decade of economic transformation based on Western market doctrines.

Western media, political leaders and scholars argue that without Western democracy, China’s bold trajectory of economic development is bound to slow, or even disintegrate abruptly. The irony about these arguments is that the political system the West remains intent on exporting to the world’s most populous nation is increasingly the subject of rising doubt and distrust. This “ripe for export, damaged goods at home” narrative is increasingly underlined by growing citizen distrust with elected representatives and governments across the majority of Western democracies.

Over the past two decades, citizens have been exiting en masse from political parties and participation. Perceptions of malaise and gridlock increase as our political system fails to grapple with the big public policy challenges of our time.

Better, more strategic leadership is seen as the solution to making what most believe to still be the optimal political system for the 21st century live up to its potential. But let’s keep three things in mind here.

First, Western-style political systems and institutions — derived as they are from 19th-century ideas about how politics should be organised — are no longer optimal, nor even functional in the 21st century. Nor can they be rescued by the panacea of better leadership. This is because, over the last 20 years, these systems have become increasingly isolated from the world around them. As a result, they are increasingly unfit for their purpose for the 21st century.

Second, this isolation is the result of fundamental and irreversible changes to the configurations of political and economic activity that have occurred worldwide from the early 1990s onwards. The changes have particularly focused around the rapid global rollout and take-up of interconnected communications, notably the internet, combined with the rapid spread of liberal market systems on a global scale, otherwise known as globalisation.

The combined effects of globalisation and the massive take-up of virtual interconnectedness have super-sped, super-scaled and made super-complex the dynamics of political and economic activity. In effect, these fundamental changes have profoundly undercut the functionality of Western democracy.

“… how can we expect China to adopt a system that is profoundly struggling to maintain functionality and legitimacy in the West?”

Western democracy, otherwise known as liberal democracy, assumes the world around it will and always move in a comparatively slow, sequential way. This allows political leaders and elected representatives sufficient time to decide on policy and legislate for it in a deliberative fashion.

It also assumes the political party system will always be the best way to aggregate and adequately represent and respond to the political voices and concerns of its citizens. It assumes elected representatives and parliaments are the prime decision-makers and policymakers because they are best able to understand, anticipate and shape the world around them.

But in the context of globalisation and an exponential increase in connectedness, none of these organising principles apply with any consistency or coherency any longer. It has become nearly impossible for elected politicians and parliaments to know or anticipate what is going on in the super-fast and super-complex world that now surrounds them. It is also becoming more and more difficult for parliaments to create timely or coherent public policy or legislative frameworks to anticipate and manage major change, or command consensus around it.

Moreover, it has become increasingly difficult for political parties, organised as they are around 19th-century social and economic cleavages of class, geography and ideology, to relate to, let alone effectively represent, the rapidly changing, fragmenting political voices and endlessly reconfiguring political identities of a social media-driven citizenry.

With these profound problems in mind, how can we expect China to adopt a system that is profoundly struggling to maintain functionality and legitimacy in the West?

The logical answer to these questions leads to my third contention: that China cannot, and in fact should not, adopt a Western-style liberal democracy. Adopting the West’s increasingly sub-optimal system of liberal democracy would most likely dramatically increase, not lessen the chances of China’s stagnation.

One of the interesting facets of China’s political system is that beneath the rock of China’s one-party state is a fascinating experiment in political innovation. In essence, the Chinese Communist Party has been quietly instituting a major program of public participation and grassroots decision-making through town meetings, community-based assemblies and what we would recognise in the West as large-scale focus groups.

This may not be democracy as the West knows it. But in a 21st century world that is increasingly bypassing parliaments and political parties, it may point to a future where political systems are judged more on direct public participation than adherence to 19th-century institutions and processes.

After a recent visit to southern China I came away thinking that the acceptance of a right to private property and freedom of expression may be more important than universal franchise to the Chinese. You do not need a “liberal democracy” for that. It has been posited elsewhere that access to the rights associated with private property are a singular driver of economic performance and were the chief obstacle to growth for command economies.

A challenging and well articulated article – thanks.

Now, how to modernise our own democracies…

No mention that China is a profoundly corrupt state? The power of the party and the extent of corruption will inevitably lead to upheaval. Al animals are equal but some……….

Thanks for a very good article.
Michael, one of the major reasons US liberal democracy doesn’t work is because the members of Congress are answerable only to the business and corporate interests that fund them, not the electorate. I call that the highest form of corruption where the political system has been bought.
That’s what happened in our last election when Murdoch, Rinehart and big business bought the LibNats and now they are paying for the support from the increased taxes of the poorest Australians. You don’t have to go to China for corruption.