Newman the dinosaur has some prehistoric ideas on labour market 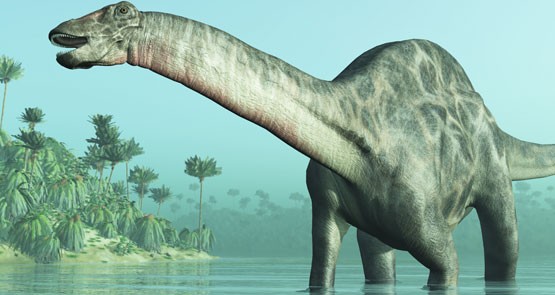 Last week’s national accounts data confirm the economy is growing at a sub-trend pace of 2.3%. Alongside that, though, the productivity performance remains solid with a 1.4% rise over the past year. And just as importantly for those concerned with “labour market rigidities”, unit labour costs fell 0.4%, which reflects the softer jobs markets in the past year or so and shows that the workforce is able to adapt to changing economic conditions.

These hard numbers on the economy cast a curious light on the recent comments from the head of the Prime Minister’s Business Advisory Council, Maurice Newman, who reckons that “Australian wage rates are very high by international standards, and our system is dogged by rigidities”. Newman suggested that greater flexibility in the labour market is needed and that lower wages are required to boost Australia’s competitiveness and by inference its longer-run economic well-being. Newman also suggested that lower wages would raise demand for labour and lead to an unemployment rate lower than would be the case with a high wage structure.

Apart from being porous with facts, Newman’s claims are a 1980s view of “us versus them” — bosses versus unions — approach to labour market positioning. The union movement abandoned the other side of Newman’s silly “anti-boss” and “anti-business” notions with the Price and Incomes Accord and the embrace of productivity-linked pay claims.

The Australian economy has been all the better for it, with basically two decades of real wages growth, an unemployment rate below 6% for more than a decade and ongoing improvements in working terms and conditions. Newman’s view, conversely, is the old-school, obsolete, anti-union “wage cuts are good for the economy and employment” camp. His views are worse than that in that they are meaningless in terms of linking wage levels and the unemployment rate.

In an attempt to support his view, Newman cites wages levels across a number of countries. This is where he inadvertently kicks a quite embarrassing own goal because each country he cites with a lower minimum wage than Australia has a higher unemployment rate.

According to Newman, Australia’s minimum wage is US$33,355 for a 38-hour week while Canada, which is mysteriously referred to as “our closest competitor”, has a minimum wage of US$22,766, for a 44-hour week. Newman goes on to say:

Newman’s ineptitude failed to grasp the fact that Australia’s “high” wage structure is associated with the current unemployment rate of 5.7%, whereas the “low” wage countries all have higher unemployment rates. The unemployment rate in Canada is 6.9%, in the US is 7%, in the eurozone it is a record high above 12%, in New Zealand, it is 6.2%, and in the UK it is 7.6%.

It is even more extreme than that when one looks at some longer-run context. In the 38 years since 1975, Canada has never had an unemployment rate below 5.9%, compared to Australia, where it has not been above that level since 2003. So much for low wages helping labour market efficiency and driving unemployment lower. It is worse for the eurozone, where the unemployment rate has not dipped below 7% since its establishment 14 years ago, despite low wages.

These dynamics fly in the face of Newman’s assertions and other like-minded zealots on labour market reform and flexibility in Australia. They are simply not correct.

It is disconcerting that someone of Newman’s calibre is an important economic advisory role to the Abbott government. He is a dinosaur on economics, the labour market and fiscal issues, which I haven’t touched on here. Let’s hope Abbott realises Newman is not suitable for such a role and replaces him with someone with some knowledge, vision and understanding of 21st-century economics.

Interesting figures, tks. Newman is the surrogate for the PM and his ministers not saying what they want to but the workchoices debacle stoppped them last election. Labour market rigidities and greater flexibilities are the weasel words we always hear from these imposters.
It is ever interesting the workers are always paid too much but the management are not paid enough, and deserve those big paycheques because of the profit they bring, even when they make decisions that bring in losses and job cuts, then the workers are always cut (et al Qantas now).
Newman and the rest of this incompetant government will have their way, workchoices Mk2 will be imnplemented, he is the foot soldier carring the message: Revolution Now!

If Abbott and his front bench had some genuine “smarts” themselves, then a crook advisor like Newman could not do much damage – but we have a dangerous situation here….stupid decisions come easily to this lot.

It amazes me that Neanderthals like Newman can’t grasp the simple fact that realistic wages drive consumer spending and thus the mighty economic wheel turns; more spending, more jobs, more profits and thus we are all happier little Vegemites.
When will people like Newman understand that concentrating money in the hands of the “bosses” is self destructive, because there aren’t enough of them to turn the economic wheel!

Let’s hope Abbott realises Newman is not suitable for such a role …well, fools seldom differ. Looks like Newmanomics is there for the duration.

So when will Newman drop his salary to $20,000pa to show us how it stimulates the economy?