Lachlan Murdoch is a winner in the latest radio ratings, while Kyle and Jackie O have a lot of work to do at their new home.

Radio ratings: DMG wins, Fairfax loses. Early figures from the final radio ratings survey of the year show a mixed Christmas present to some of the country’s networks and their high-profile announcers. There was a nice juicy orange at the bottom of the stocking for one Lachlan Murdoch, whose DMG group is the radio winner of 2014 given the gains Nova and smoothFM have made, especially on the east coast markets.

In Sydney, ABC Local Radio’s 702 saw a 2 percentage point rebound to a share of 10.4% and second spot in the country’s most competitive market, as it used the long farewell for Adam Spencer at breakfast and the return of the Test cricket to recover the losses from survey 7. But the cricket didn’t help ABC 774 in Melbourne, which saw a dip of 0.6% to 10.8%. (Complete data for various markets and shifts were delayed this morning, according to a spokesperson for Nielsen who referred media to the radioinfo website.) Sydney was again won by Macquarie’s 2GB, which bounced back in the final survey to add 1.2 share points to a solid 13.3%.

Over at Fairfax Radio they must be tearing their hair out: just when you thought 2UE’s ratings in Sydney couldn’t get any lower after recording 4.8% in survey 7, down they went to a miserable 4.2%, with the breakfast slot recording a miniscule 3.3%. The programming changes planned at 2UE and 4BC next year can’t come fast enough for Fairfax. Fairfax Radio missed any chance of a boost from winning the commercial radio rights to Test cricket — it starts its coverage this Friday with the third Test from Perth. In Melbourne, Fairfax’s 3AW continues to eat the market — it saw a gain of 0.6% to 13.8%. But in Brisbane, 4BC has the 2UE disease: its ratings dipped under 5%.

Kyle Sandilands and Jackie O departed 2Day — and that hurt Austereo’s kingpin station. It lost 1.1 share points to 8.4%. The breakfast shift lost 1.2 share points. Their new home, ARN’s Mix 106.5 (renamed Kiis, after a Clear Channel station in Los Angeles), fell 0.7 to 5.0%, and the breakfast program the dynamic duo will be taking over in 2014 lost ground to end on a 2UE-like 3.3% share. That leaves plenty of ground to be made up.

How did Tropfest get it so wrong? Most reasonably minded people tend to believe that, in this age, point-and-laugh depictions of gay and transgender people are greeted with sharp and stinging rebuke. On Sunday night, filmmaker Matt Hardie, director of a callow and offensively homophobic seven-minute “romantic comedy”, was instead rewarded with a car, a trip to Hollywood and $10,000 cash courtesy of Tropfest, the world’s largest short film festival.

Of the last seven films to win the rock concert-style annual event, created by Australian John Polson, three have been accused of plagiarism. If festival organisers were relieved that Hardie’s film Bamboozled hadn’t been associated with pilfered ideas, that relief wouldn’t have lasted long. Tropfest finds controversy one way or another — and the hangover that transpired yesterday was the latest in a conga line of PR disasters. Reports in publications such as Crikey, The Sydney Morning Herald, The Guardian, NineMSN, News.com.au, Star Observer and Arts Hub riffed on the same story: that Hardie’s film was a perverted kind of bamboozle itself, leading perplexed and outraged viewers to vent their spleen via social media. — Luke Buckmaster (read the full story at Daily Review)

Pay TV for the internet is coming. One of the most powerful people in United States broadcast media, Viacom CEO Philippe Dauman, has thrown a huge hint at a finance conference that someone could start an online pay TV business in America in 2014. According to earlier media reports, Sony has talked to Viacom about joining together to offer an online service that would include the same kind of channels now available only to cable and satellite TV subscribers. The reports claim Viacom and Sony reached agreement mid-year to distribute Viacom networks to internet-enabled devices such as Sony’s PlayStation gaming consoles. This would enable a more targeted offering with potential subscribers only paying for what they want, not being forced to buy channels they don’t watch, which is the staple of current subscription TV offerings.

Viacom, controlled by the legendary Sumner Redstone (he’s 90, eight years older that Rupert Murdoch), is one of the giants of global media. He and his family control Paramount Studios, Paramount TV and networks CBS, MTV, BET, Showtime, Comedy Central, Nickelodeon and more. That’s more than enough content to start an online pay TV business. And with that sort of programming firepower an internet-based subscription TV business would drive a huge hole through the fortunes of a lot of powerful companies, such as Time Warner Cable, Charter and John Malone and Comcast. Rupert Murdoch’s 21st Century Fox would be a prime target with its range of cable channels. But given the strength of its content business, the Murdoch empire could offer its own online pay TV business.

Murdoch’s News Corp is especially exposed in Australia where it has 50% of the pay TV monopoly, Foxtel and 100% of the main supplier, Fox Sports Australia. An online pay TV business would make life very difficult. One for the ABC perhaps? Its iView platform is already the most popular TV streaming device on the net and hated by Foxtel and News for that success. — Glenn Dyer 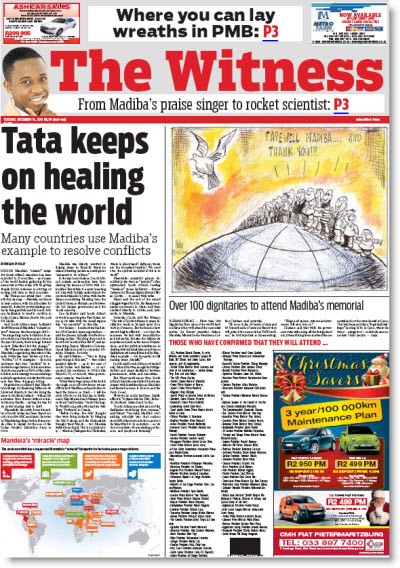 US and them … Murdoch his pay … the Facebook Files

Hulu & Netflix are already internet “paytv”. They only lack sport.

At least in the US, the major sports (except NFL) offer net-streaming pay services. These are great if you,only want one sport, but expensive if you want multiple. Flick your Apple Tv to the US store and behold the app-choices. Then compare to the AFL Telstra Android/iOS apps with 4:3 240p streaming & rebroadcast adverts from Ch7 Melbourne.

The future is streaming, a-la carte. Foxtel is on Abbott-assisted life support.