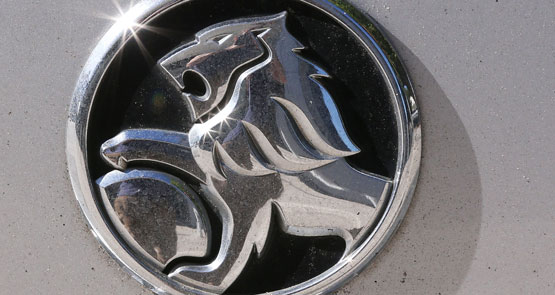 Mike Devereaux was keeping Australian workers guessing about their futures in fronting the Productivity Commission this morning. The Holden boss didn’t announce the closure of Australian operations — as Fairfax predicted this morning — while insisting no decision had been made and it’s the company’s philosophy to “build where they sell”.

Crikey joined a throng of media in a crowded hearing room in Melbourne. Devereaux said the cost to the federal government of keeping the Australian car industry would “dwarf the costs of losing it”, citing a $32.7 billion return to the Australian economy over the past 12 years as proof.

He said this figure didn’t include revenue from imported cars, but he refused to speculate further, stating Holden had communicated a business forecast to both the former and present governments. He told deputy PC chairman Mike Woods there was “no doubt” the federal government had “all the information to answer [his] question”.

Holden made an average of $50 million in profit per year over the same 12-year period, however six of those years returned a loss. Devereaux said without the $1.8 billion in government assistance from 2001 to 2012 there would have been “continued losses”.

The commission also heard there was a $3750 cost difference for every car produced in Australia, of which $2000 was labour costs. Devereaux said Holden didn’t “need to close that gap to zero” but declined to comment further on exactly how much assistance the company required.

Commissioner Philip Weickhardt told the hearing it was “very difficult” to provide certainty for industry and government without transparency on such issues. Woods also noted the “great importance” of transparency for the industry.

On these costs, however, Devereaux maintained that Holden was “unequivocally” employing its labour force in a “highly productive way”, claiming Australian production of the Cruze, a model also produced outside of Australia, was the “most productive” worldwide. But he admitted Holden “need[ed] to fight” to reduce costs and improve productivity in “every part of the ecosystem”.

Devereaux claimed auto assistance was “understood worldwide”, fending off a statement from Woods that other Australian businesses don’t have access to this kind of government help. He re-iterated several times throughout the hearing that Holden was committed to continuing to make cars “Australia wants”, stating the Cruze and Commodore were ranked the fourth and fifth most popular passenger cars nationwide.

But he admitted: “I sound like a broken record.”

And then it was over. After just an hour of questioning, Devereaux appeared to have had enough, announcing: “It is 9.30, if you guys don’t have any more questions I do need to move on.” He left, but reporters got in the way and prevented the Holden chief from making a quick getaway in Australia’s fifth-most popular passenger car.

Our auto subsidies were relatively low (and Keane is wrong)

Did Fairfax help kill the car industry? A victory of sorts for the <em>AFR</em>

The latest China’s international trade figures, which were released during last weekend, are good but only limited to the Export from the Chinese side. The figures of Imports into China are weak and have actually dropped significantly. It means China’s demands on importing goods from other countries, e.g. Australia etc. has been reduced substantially.

In such unfavorable case, the Australian government should consider to adopt stronger monetary easing policy to drive the AUD downwards healthily. So, our Export competitiveness can be strengthened again and, our economy can be improved.

I believe if our A$ is lower, it can definitely help our car export businesses and save Holden.