Labor used the VIP jets far more than the Howard government, a review of the practice by Rose Iser at The Citizen has found. Despite MPs speaking out against it. 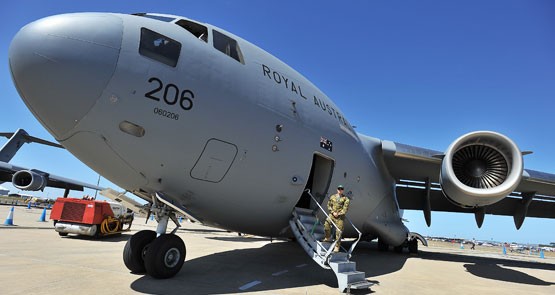 Ministers in the Rudd-Gillard government spent more than $4 million on VIP flights between capital cities over three years to the end of 2012, many of which appear to have been in breach of guidelines. Most of the flights were approved by the office of former defence minister Stephen Smith, who made extensive use of the special military aircraft for his own travel.

According to official records, more than 80 VIP flights, costing taxpayers at least $1.5 million, carried ministers and MPs to and from Canberra for parliamentary sittings. A further 170 flights ferried ministers between capital cities for “official business”, costing a notional $2.6 million.

The latest figures put the cost of Smith’s flights between capitals (including those between his home base of Perth and Canberra) at more than $2 million, while VIP travel between east coast capitals by the former treasurer Wayne Swan cost $260,000. Senator Penny Wong, meanwhile, clocked up more than $100,000 in travel costs between Adelaide and Canberra on VIP flights from December 2011.

Other heavy users of the VIP jets during Labor’s time in office were Tony Burke, Martin Ferguson and Simon Crean. Typically, flights between Canberra and east coast cities are estimated to cost taxpayers $10,000 (Brisbane), $5000 (Melbourne) and $3400 (Sydney).

The liberal use of the special RAAF jets occurred despite warnings issued early in Labor’s six-year reign by senior figure Joel Fitzgibbon, who says he twice told cabinet the VIP aircraft should not be used for routine travel between capitals. And air force guidelines stipulate the jets should only be used when commercial alternatives are not readily available. Finance Department rules also make clear the jets should only be used by ministers in “special circumstances”.

The revelations follow reports that ministers in the Howard government spent more than $2 million on VIP travel to attend parliamentary sittings between 1998 and 2007, despite commercial flights often being readily available. Rudd-Gillard ministers spent an average of $500,000 per year on VIP flights to and from Canberra, compared with the reported $200,000 per year spent by the Howard government. The totals exclude flights taken by Julia Gillard as prime minister, and all VIP flights during the 2010 election campaign.

Smith was the heaviest user of the special flights, which sometimes dove-tailed with his responsibilities as defence minister. He flew regularly from Perth to Canberra on the VIP aircraft for parliamentary sitting weeks at a cost of more than $1 million. In 2011, Smith was criticised for flying alone to Canberra after having planes dispatched to collect him. Labor, Liberal and Greens MPs, as well as political staff, later accompanied him on most flights from Perth, presumably to save MP travel costs.

A notional amount is charged for the use of the five special-purpose aircraft that are operated by the RAAF’s 34 Squadron, although the true cost to taxpayers is thought to be considerably higher when leasing and maintenance costs, and airport charges, are taken into account. In approving ministerial travel on special-purpose aircraft, the Defence Minister has to be satisfied there were no suitable alternative means of transport. Ministers requesting VIP aircraft were required to provide times of nearest available commercial airline options and reasons why these options could not be used when they requested flights.

More than 50 of the recorded VIP flights during Labor’s reign involved MPs commuting for parliamentary sittings from Perth, Hobart and Darwin, which have very few direct commercial flights to Canberra. However, a further 22 VIP flights took ministers to or from Canberra for parliamentary sittings from Melbourne, Sydney or Brisbane, routes that offer numerous commercial options. Similarly, at least 119 special flights taken for “official business” flew between east coast capital cities, where cheaper commercial alternatives would appear to have been plentiful.

The guidelines state that “the priority of the entitled person making the request and the importance of the occasion” are also factors in deciding whether the expensive aircraft can be used by ministers, who are eligible for business class travel on commercial airlines.

In 2004, John Howard defended VIP flights taken by politicians from both sides of politics in “proper circumstances”. However, Fitzgibbon, a former defence minister, said that although VIP flights between capital cities “were within entitlements … they didn’t pass the front-page test”.

The Belcher review of parliamentarians’ entitlements completed in 2011 did not review the use of VIP aircraft, as their use is governed by ministerial “guidelines” based on air force policies, not legislation. The guidelines for use were re-written in 2002 by then-defence minister Robert Hill. Neither side of politics has suggested a further review of the use of the costly VIP jets.

Curiously, according to the records, Julia Gillard made three VIP flights between Melbourne and Canberra on one day — June 20, 2010 — just four days before she wrested the prime ministership from Kevin Rudd. The flights cost more than $10,000. Gillard was accompanied by Labor minister Martin Ferguson on her first flight. After returning to Melbourne on the same plane, she made a second flight to Canberra accompanied by senior Labor figures Nicola Roxon, Jenny Macklin, Simon Crean and Senator Julie Collins. When Gillard took her next VIP flight on June 27, she did so as PM.

*This article was first published at The Citizen

So much for ‘no more debt and deficit’

I’m a regular on the Canberra-Perth route and I’ve developed a theory about why it seems to take up the bulk of the VIP travel budget. There is only one daily direct Qantas flight each way, a trip of four to five hours. Going via Sydney, Melbourne or Adelaide can add two to four hours to the travel time, which is a deterrent … but that one direct flight each day has, after all, a limited number of business class seats: once you’ve boarded a couple of business people and that lovely couple travelling in business class with their kids there’s not a lot of room for a few politicians, their staff, their families … and heaven forbid any of them should have to make to with economy. Much better than they should make use of VIP jets.

I suggest that changing the travel entitlements for politicians’ staff and families would go a long way towards cutting the cost of running a VIP fleet.

Oops, sorry, I posted the above in the wrong comments!! Should have been in the article on Gonski.

If the photo accompanying this article is indicative of the aircraft they used no wonder they wracked up the $$$! I don’t think the RAAF C-17 Globemasters (photo) are in the VIP fleet, having been purchased to transport Abrams tanks, the tanks being another expensive legacy of the Howard governments toadying to George Bush. Revolution Now!