Operation Save McIlveen. Luke McIlveen, the editor of News Corp Australia’s News.com.au, is off to run the Daily Mail’s Australian offshoot. But News didn’t let the rising star go without a fight. The word from Holt Street is that News’ editorial director Campbell Reid made an unsuccessful last-ditch bid to keep him in the News tent by offering him a senior gig on The Daily Telegraph. While there has been speculation McIlveen was offered Paul “Boris” Whittaker’s editing job, well-placed sources insist Reid’s proposal was more nuanced than that. According to sources, McIlveen could have become Tele editor, with Boris staying on in an editor-in-chief type role. But the only thing that could possibly have convinced McIlveen to stay was the Tele’s top job, and that wasn’t on offer. “I wouldn’t underestimate Paul’s relationship with Rupert or Lachlan,” a News insider said. “Nothing like that would happen without Rupert’s imprimatur.”

Insiders say the defection of McIlveen — who has taken News.com.au from third to first in the online rankings and was seen as a future tabloid editor — has come as a wake-up call for News. There is growing talk about whether News.com.au should be shifted out of Nicole Sheffield’s NewsLifeMedia division, home to publications such as Vogue. One source said it was a “fucking disaster” to put the site in the “lifestyle ghetto” of NewsLife.

And what about the talk of a cooling of the long-time bromance between Whittaker and Australian editor-in-chief Chris Mitchell? Surely not.

Computer says no. Is it true that “IBM haven’t been paying their sales staff their full entitlements. Some have been outstanding for months”? We’ve shot the telco giant an enquiry.

Qantas tsar is doing this … Crikey’s gun business editor Paddy Manning alerted us to this little do.

Yup, around the time Qantas announced it would axe 1000 jobs, chairman Leigh Clifford was breaking bread in Melbourne with the Tory IR think tank (a Peter Costello baby). So did he tell them all about how to sack 1000 workers? Attendees would have lapped it up at their $400-a-head spot at the head table.

… while Qantas employees are told this. Here’s an excerpt from the official email to staff about the cuts, from “Qantas Group Broadcast Message — Issued by Employee Communication”:

“MEETING OUR CHALLENGES. Today we issued an update on our performance for the first half of this financial year. We expect to report an underlying loss before tax of $250 million to $300 million for the six months ending 31 December 2013. These are the toughest market conditions we have ever faced …

“We will now embark on an accelerated cost reduction program, with our Transformation Team taking on an expanded mandate. At least 1,000 jobs will be cut within the next 12 months. These cuts will be across the business – corporate and operational. This decision is difficult but absolutely necessary given the current challenges. There will also be a freeze on pay and no bonuses for all Qantas executives this financial year. We will review spending with our top suppliers, work harder at reducing our overheads, and intensify our efforts to optimise our network and fleet utilisation. We will undertake a capital expenditure and structural review. Whatever measures we take will be designed to protect and safeguard the long term future of Qantas. We will continue to talk to the Government about the urgent need to address the fact that the playing field is tilted firmly in Virgin’s favour … My final message today is this: let’s stay proud and strong …”

You can read the full email here. 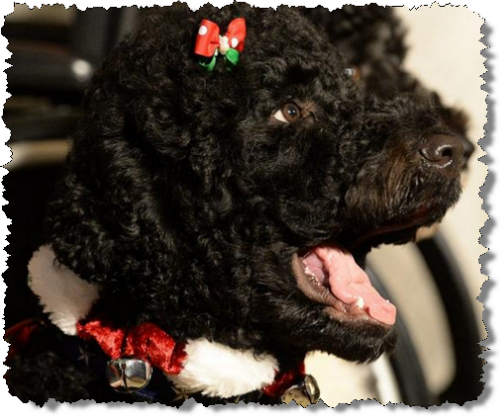 … prompting our very own First Dog on the Moon to create an Australian equivalent. We know little of Tony Abbott’s low-profile pets, so Dog has made us all a Christmas-themed Jasper (the Rudds’ much-lamented late cat). 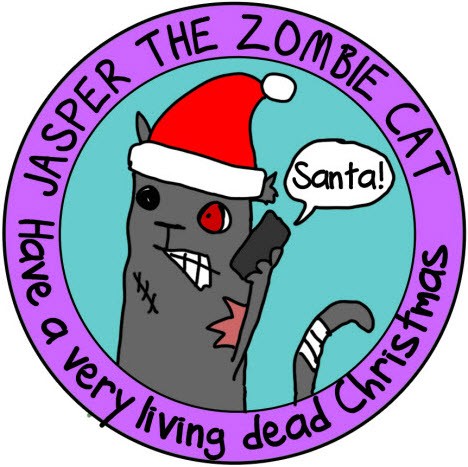 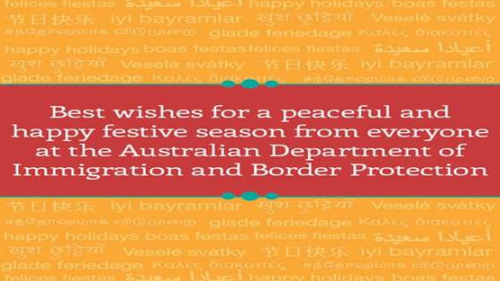 … unless, of course, you’re on Nauru or Christmas Island, where the festive season is likely to be anything but festive.

Not lovin’ it. We’ve heard rumours that the controversial McDonald’s slated for the Victorian town of Tecoma is seriously behind schedule and may not open til mid-next year, and that “the cost of 24/7 security has blown out”.

The fast food behemoth ran into trouble with its plans to build an outlet in the town, which is in the foothills of the hippie / yuppie Dandenong Ranges. The original planning application was lodged in 2011, and demolition started in August this year. After extensive community protests at the site, Maccas sued eight people (it dropped the legal action in October). More than 100,000 people have signed a change.org petition against Maccas building a joint at the site, and some protesters headed to Maccas HQ in the US to press their case. But it’s all going ahead. A few months ago, the court heard Maccas was paying $55,000 for security at the site. So where are things at? A McDonald’s spokeswoman told us this:

“Demolition is complete, and construction is well under way. We are due to open the restaurant early next year. Our goal is to ensure the site is safe and secure so we have security on site 24/7.”

If security is at the same level as it was when discussed in court, then Maccas has spent $1.07 million on security at Tecoma since August. The company better hope to sell an awful lot of cheeseburgers …

In the meantime, McDonald’s in Australia has a new online portal where you can ask the “tough questions”. It’s strangely engrossing (see the sample question from Cliff below). If you’re concerned about Tecoma, why not pop your questions there? But would the burger giant sue? 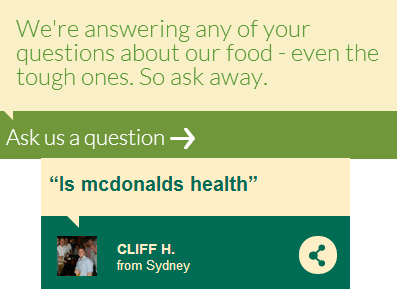 Trying to entice someone by “offering them a senior gig on The Daily Teletrash” – how counterintuitive? It was either that or castration?

Yes, that Qantas memo is really a prime example of corporate PR speak, isn’t it. Just to show that we care, while sacking you, we’ve decided to present the facts, in the most namby-pamby sentence that we could possibly construct. “We will now embark on an accelerated cost reduction program, with our Transformation Team taking on an expanded mandate.” Has someone already sent that to Don Watson for his next book, or will I have to do it?

You had better send it to Don Watson (and have you seen the Qantas charm offensive in the papers today? Very expensive …). Speaking of which, what is Watson working on now?