The new government is not off on the right foot in foreign policy terms, with the Indonesian spying scandal dominating headlines. But a bigger problem looms: East Timor. 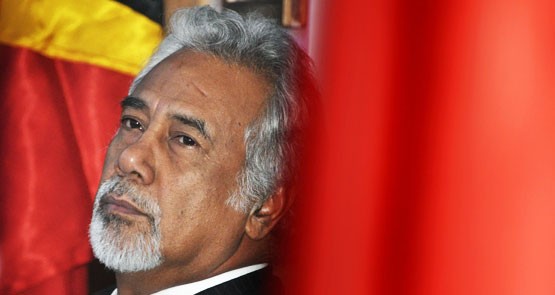 The Coalition government’s first months in office have been a crash course in regional politics, with somewhat more emphasis on the “crash”. Foreign Minister Julie Bishop has now put in place the first of what is expected to be six steps to repair Australia’s damaged relationship with Indonesia, while relations with East Timor are being battered by clumsy handling of that country’s claim for arbitration over the Timor Sea.

Bishop’s visit to Jakarta and her softer approach to Australia’s culpability over spying on Indonesia, including its President, was exactly what was needed to keep this critically important relationship on track. Unfortunately, it was needed more than three weeks ago, when such an approach could have averted the subsequent fallout.

Had Bishop gone to Jakarta with exactly her current approach when the spying scandal first broke — but before President Susilo Bambang Yudhoyono was involved — the issue would have been neutralised. Instead, Prime Minister Tony Abbott weighed in via Parliament, making a bad situation worse.

That lesson about pre-emptive diplomacy has now been learned. But Indonesia will have to take the lead and shape a re-established relationship.

With East Timor, the government — and its predecessor — have known for years that Australia would face a legal challenge over the forced carve-up of the Timor Sea. The East Timorese government has long signalled that its claims against Australia included allegations of Australian spying in order to gain an unfair advantage.

With the first hearing on the matter in the International Court of Arbitration known well in advance, it is deeply puzzling why Attorney-General George Brandis would wait until almost the eve of the hearing before ordering raids on the office of East Timor’s lawyer, Bernard Collaery, and the home of a former Australian Secret Intelligence Service officer.

Brandis claims the raids were not intended to try to thwart East Timor’s case, but were rather focused on preventing the release of classified information. But given the timing, that is not how it looks.

In any case, most of the relevant material was already in The Hague and will be available to the court. The raids and cancelling of the passport of the former ASIS officer are a minor glitch for East Timor’s case, but will be counted against Australia’s argument before the court.

So, too, being counted against Australia will be former foreign minister Alexander Downer’s support for Woodside Petroleum — the major player in proposed Timor Sea gas extraction — and the economic benefit it stands to receive as a consequence of the Timor Sea carve-up. That Downer has since been put on Woodside’s payroll looks, at best, like a conflict of interest.

At stake in the hearing is the legality of Australia’s CMATs agreement with East Timor which, if it is found to be invalid, will also invalidate two previous treaties which are “read together” with CMATS. Up for grabs, again, will be the issue of a permanent sea border between the two countries, and control over more than $40 billion worth of gas and oil.

Should this claim be successful, not only will the sea border with East Timor be up for grabs, the previously related sea border with Indonesia will then become out of synch. One border will reflect a median point between two countries, the other the edge of a continental shelf.

Of major concern to Australia is that it could now lose territorial reach and control over a good proportion of the Timor Sea’s resources. Of at least equal concern is the flow-on effect this could have for the border with Indonesia.

A dispute between Australia and tiny East Timor over their sea border is troubling. A subsequent territorial dispute with Indonesia would make the recent spying row pale into insignificance.

The “spying scandal” again. Isn’t it a reasonable argument to state that this “spying scandal” is nothing but a redirection of the public’s attention from other current, and more pressing issues (cough; the TPP…)? Julie Bishop should not have approached this issue in any shape or form. Governments spy on each other. They all know about it. Get over it.

And isn’t it notable that countries whom we have pulled from hell now have a bee in their bonnet and want more than what they were given – freedom, an end to human rights abuses, etc. etc.? We gave you autonomy, we saved 10,000’s of lives, we ended your “oppression”. You’re going to have to repay our efforts. And, you’re welcome Timor-Leste….

Give little ole East Timor back to the Indonesians. See if that placates them any…

What a mess, good article.

Is Indonesia going to have to leak the seventh step?

Dan B
We gave you autonomy, we saved 10,000’s of lives, we ended your “oppression”. You’re going to have to repay our efforts. And, you’re welcome Timor-Leste….
The people of Timor voted for their freedom from Indonesia . Indonesia granted them that vote . All Howard did was send a letter to the president of Indonesia saying East Timor should have a limited autonomy , repeat limited . The ensuing mayhem and its reports in our press were the spur for Australia to provide security not any sense of wanting to do anything .
Events ran away from Howard and he found himself in a position not intended by the presidents reaction to the letter . The INTERFET lead by Australia helped the Timorese vote the vote but in no shape or form did Australia grant autonomy or permit the vote .
Perhaps you were still in school when these events occurred which may explain your lack of knowledge .