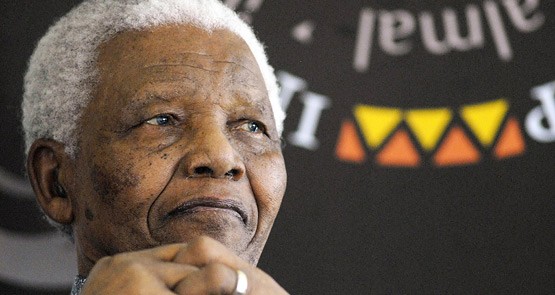 Nelson Mandela, South Africa’s first black president, is dead. As South African president Jacob Zuma announced the 95-year-old’s passing this morning, world leaders past and present lined up to pay tribute to the icon of equality.

The tributes will keep coming, as they should. There are many reasons to praise Mandela: his commitment to justice, his perseverance, his ability to lead. But, perhaps above all else, his remarkable capacity to forgive stands out. After 27 years in prison, Mandela could hardly have been blamed for hating his captors and political enemies. It would have been easy, understandable even, to fuel division between black and white. Yet he never did. While never wavering from his beliefs, Mandela used freedom to pursue reconciliation, not resentment. As he once remarked: “Resentment is like drinking poison and then hoping it will kill your enemies.”

In an inglorious week of domestic news — petty political posturing about school education, revelations Australia spied on a poor, vulnerable neighbour for commercial advantage, attacks on journalists and whistleblowers — it’s a message worth remembering. Vale Mandela.

Alas, the world has one less statesman. I fear the species is endangered.

There’s a photo on the SMH website today of NM looking out the crowd at the Opera House steps in 1990. I was a young lawyer working in the CBD that day and I was in the crowd along with some other more senior people in the office.

The image shows NM still very lean, and looking out and quite emotional. He may have some moisture in his clear eyes. Certainly that location is visually dramatic. But what I am wondering is what he must have thought seeing a crowd of predominantly white middle class people there manifesting a love and admiration for him as the crusading black reformer.

I wonder whether the thought ever struck this was truly surreal, particularly if it could be imagined as transposed to the South African context under a white supremacist regime for so many decades previous. Incredulity might be a reasonable response, yet all these anglo Australians were literally at his feet. And seeing after all is believing there is a way to transcend the colour bar.

I hope his experience that day 23 years back now, across a stupid colour bar might somehow have salved the many sorrows and indignities he suffered, provide a little healing for the previous 27 years and more before that, not least the death of his eldest son in a ‘car crash’ while he was in prison.

It’s clear in his Long Walk to Freedom book that the death of his eldest son took a very big toll on him. Truly a remarkable and positive life.