The whistleblower in the East Timor spying case tried to use internal mechanisms to raise concerns, and was ignored. They're now under fire for going public. Well, what were they supposed to do? 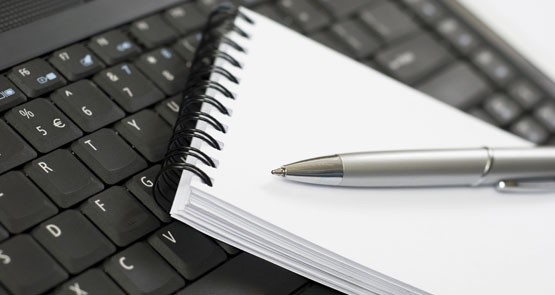 As the United States-style war on whistleblowers and journalists ramps up in Australia, one of the key myths about national security whistleblowers has taken another hammering.

A persistent argument by politicians and friendly national security-aligned journalists is that whistleblowers who go to the media do so unnecessarily, because there are “internal mechanisms” for whistleblowing. In fact, such mechanisms are usually deliberate dead ends. Several former NSA officials have detailed their years-long efforts to raise concerns about criminal conduct, incompetence and misappropriation within that agency — in one case, a failed project by SAIC costing hundreds of millions of dollars — to no avail.

Today Fairfax’s Tom Allard has revealed how the Australian Secret Intelligence Service whistleblower at the centre of the 2004 Timor-Leste spying operation tried to raise their concerns about the matter with the Inspector General of Intelligence and Security, but was rebuffed.

Yesterday Labor and the Coalition combined in the Senate to block a Greens motion that Attorney-General George Brandis explain the raids on the Canberra lawyer representing Timor-Leste (also known as East Timor), Bernard Collaery, and the whistleblower — after which the whistleblower’s passport was seized to prevent them from travelling to The Hague, where Timor-Leste’s case against Australia is being heard. But Brandis took advantage of an intervention by Labor veteran John Faulkner, who suggested that while it was long-standing policy that demands for information about ASIO or ASIS not be answered, it was open for a minister to seek leave to make a statement on national security.

Accordingly, Brandis rose before question time to comment further, although not much further, on the circumstances of the raids, noting that they had been initiated by ASIO, not by him, and criticising Collaery. Signally, however, he said nothing about the circumstances of the raid on the former ASIS official (which was reported to have included listening to their music collection for hidden messages) or the removal of their passport to prevent them from travelling.

The Timor-Leste matter is now sufficiently concerning that some form of inquiry is surely appropriate: it appears that ASIS has been used by the Howard government to bug the cabinet rooms of the Timor-Leste government — under the guise of an aid program — in a way intended to assist both Australia and resources giant Woodside over resources negotiations with that government, while the minister in charge of ASIS at that time, Alexander Downer, is now working for Woodside. Moreover, the head of ASIS at the time is now the head of ASIO, which has undertaken actions seemingly intended to damage the Timor-Leste case relating to that bugging just days before an international tribunal begins hearing the dispute.

There is, however, no mechanism for an inquiry. Labor is refusing to countenance any inquiry into the behaviour of ASIS. And as Crikey noted yesterday, the parliamentary Joint Committee on Intelligence and Security has not been reappointed three months after the election. Labor’s frustration at the government’s foot-dragging on JCIS — which unlike most parliamentary committees is a statutory committee, required under the Intelligence Services Act — that Labor’s Joel Fitzgibbon rose near the end of question time to ask the Prime Minister when it would be re-established. “This week,” Abbott said.

In order to fulfil that self-imposed deadline, the government needs to finalise the committee membership today, because the committee doesn’t exist until Parliament establishes it. The two key questions are whether Independent Andrew Wilkie will remain on the committee as one of the non-government members, and whether Liberal Philip Ruddock — a national security hardliner with a long record of attacking civil liberties when attorney-general — will be re-appointed and thus become chair.

In the meantime some lessons have emerged from the Timor-Leste case. Other countries in the region should now be suspicious of the delivery of the Australian aid program, given we know it has been used by ASIS to spy. And whistleblowers are certainly wasting their time trying to air legitimate concerns via the “internal mechanisms” established by governments.

Is there anything Downer has touched that he hasn’t turned to a turd?

Whistleblower protections are highly inadequate in the APS, serving more to throw the complainant into the lion’s den.

As you say, one thing all these “developing countries” that we “helped out” (while helping ourselves?) should have remembered was “Beware of sneaks bearing grifts”?

Too true, BK. Whistleblowers have a tradition of being royally shafted in Oz.

– Andrew Wilkie was jobless and sidelined after exposing the Office of National Assessments’ lack of evidence of nuclear armament prior to our immoral invasion of Iraq.

Whistleblowers either need to be crazy or extremely brave.