What do George Brandis' amendments to the Racial Vilification Code signal? Shipra Chordia and Andrew Lynch of the University of NSW Gilbert + Tobin Centre of Public Law look at his agenda at Inside Story. 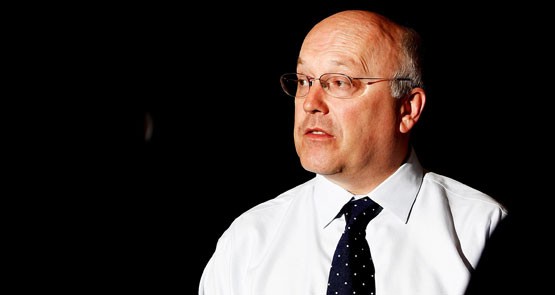 As long as the political conversation is dominated by “stopping the boats”, the future of the Gonski education reforms and the fate of the carbon and mining taxes, there will be some truth in the claim that the Coalition is responding to Labor’s policies rather than communicating a positive plan for the country. As these policy controversies continue, the clear air in which Prime Minister Tony Abbott might have articulated his broader legislative agenda appears to have thickened.

Attorney-General George Brandis, by contrast, has signalled his priorities with relative clarity, mapping out an ambitious agenda in which human rights and constitutional reform take prominence. He has also inherited a major problem that will require almost immediate attention: the restrictive approach the High Court took to the Commonwealth’s spending power in its 2012 decision in the Williams case. In that judgement, the High Court declared invalid the Commonwealth’s funding of the national school chaplains program, a Howard government initiative continued by former PMs Kevin Rudd and Julia Gillard. The court’s decision signalled that hundreds of programs directly funded by the Commonwealth might be without constitutional foundation.

Together, these matters present Brandis with a full slate of complex legal and political issues that will test his resolve and effectiveness in very public ways.

According to The Australian, the new Attorney-General’s first legislative act will be to repeal the prohibition, in section 18C of the Racial Discrimination Act, on behaviour likely to offend or insult a person or group of people on the basis of their race, colour or national or ethnic origin. It may seem an unlikely starting point, but section 18C attracted much critical attention after it was used in a civil action against conservative columnist Andrew Bolt for comments he made about numerous individuals of Aboriginal descent. The claimants won their case, leading Bolt to complain that his freedom of speech had been denied by the law’s prohibition on giving offence.

That view was shared by Brandis, who made no bones about his plan to amend the act should the Coalition win government. “You cannot have a situation in a liberal democracy in which the expression of an opinion is rendered unlawful because somebody else … finds it offensive or insulting,” Brandis said. The Attorney-General isn’t ruling out repealing section 18C altogether, which would remove the prohibition on actions that humiliate or intimidate people on the basis of race or ethnicity.

During hearings in late November, a Senate estimates committee discussed whether section 18C has a useful role, given the existence of related provisions in the Commonwealth Criminal Code. The president of the Australian Human Rights Commission, Gillian Triggs, who was appearing before the committee, believes it does. She drew a distinction between the code, which outlaws the incitement of racial violence, and section 18C, which provides an avenue for civil complaints about conduct that is better described as racial hatred.

The viability of maintaining what would remain of section 18C is something Brandis says he’ll be pondering during consultations about the law. Labor’s shadow attorney-general, Mark Dreyfus, has maintained a strong opposition to the Coalition’s plans for section 18C, pointing to its importance as a civil remedy in multicultural Australia and a tool in combating anti-Semitic speech. He says that Brandis has admitted that “his ‘engaging in community consultations’ would be limited to ‘private conversations’ with ‘community leaders’ to be selected by him”.

Brandis wouldn’t be surprised by Labor’s opposition, but this debate has some way to go yet, and the outcome will depend greatly on the extent to which ethnic community groups become vocal about the options being put forward by the government. In a sign that the issue may run in unpredictable directions, Chris Merritt, The Australian’s legal affairs editor, has concluded that perhaps the best course is for the Commonwealth to amend the code so as to expose individuals to criminal sanction for racial vilification. This would indeed be a surprising outcome of the Coalition’s reaction to the Bolt case.

While section 18C is his immediate focus, the Attorney-General is also galvanised by what he sees as a need for systemic reform of how Australia respects and protects human rights. He first began to articulate this agenda in response not only to the Bolt decision but also to the abortive attempt by his predecessor, Nicola Roxon, to consolidate the various Commonwealth anti-discrimination laws into a single harmonious scheme. That wholly sensible endeavour was undone by Roxon’s overreaching on key provisions, and the idea of behaviour giving rise to “offence” was once again at the heart of criticisms of the bill. The episode drew out Brandis as a champion of free speech and an enemy of its legislative curtailment. The new media rules proposed by Labor’s communications minister, Stephen Conroy, only cemented his attitude towards laws that would intrude on a free press.

Anyone hoping that the Attorney-General’s views from the opposition benches were mere political posturing can think again. In an interview with the Oz published on November 8, he revealed that terms of reference were being drawn up for an Australian Law Reform Commission inquiry into “statutory infringements of traditional rights and freedoms”. Governments of both political shades have steadily underinvested in the commission for many years now — and yet the job Brandis is about to give it must surely be the largest in its history.

A lot obviously depends on how “traditional rights and freedoms” are defined, but it is instructive to note that in 2008, the then-chief justice of New South Wales, James Spigelman, identified no fewer than 18 generous presumptions that he described as “the common law bill of rights”. Of course, at its broadest conception, every legislative enactment is a diminution of freedom of some sort. During the 20th century the common law was effectively brought to heel by the explosion of legislative activity that accompanied the rise of the regulatory state in the Western world. By their nature, with their imposition of duties, obligations and prohibitions, statutes infringe the liberty of individuals.

So it’s a big job. But it is only the start. For where the Attorney-General really wants to effect change is in the work performed by the Australian Human Rights Commission, or AHRC. Not unlike the Law Reform Commission, the AHRC’s relationship with the Commonwealth at any time might be best described as neglect teetering on hostility. But while Brandis has been unhappy about the AHRC’s position on some questions recently, his solution lies in a radical broadening of its mandate so as to protect “all human rights”.

The Attorney-General has lamented the AHRC’s focus on freedom from discrimination on the grounds of race, sex, disability and other attributes. The consequence, he says, has been that “the classic liberal democratic rights that in my view are the fundamental human rights have been almost pushed to the edge of the debate”. The AHRC’s organisational structure, with its designated commissioners under the office of its president, reflects its focus on certain protected attributes, and there are no plans to change that structure fundamentally. But Brandis has announced that he will appoint at least one “freedom commissioner”, whose job it will be to monitor and guard against infringements of the “traditional rights” — including freedom of speech, religion and association — that he believes have been forgotten.

Section 18c was always an outrageous attack on free speech, and the fact that it continues to be defended by Labor shows how muddled its thinking is. Nicola Roxon who authored this clause was also responsible for the tobacco legislation, another dog’s breakfast. most people want controls over tobacco smoking and many also want to protect minorities from hate speech but Roxon was never an appropriate champion for these causes. In attempting to address these problems she introduced, and had passed, legislation that had enormous negative implications.

I’m not a fan of the legislation, but I’m almost tempted to support it merely because it has kept that gibbering idiot Bolt from telling us too much about his real opinions.

Malcolm, Bolt was not charged with breaches of free speech or any of the crap the Murdoch media and conservative pollies pretend it is.

He was guilty of lying and making up garbage about people and passing it off as fact.

And as this is not the US we do not have free speech.

Well said Marilyn – it was just Bolt’s indignation supported by Murdoch Press that made an issue of this.