Nine float taking on water: cutting through the broadcast spin

There's a lot of hype around the sharemarket float of Nine Entertainment Co. You should only believe some of it. The demand for shares just isn't as strong as they want you to believe. 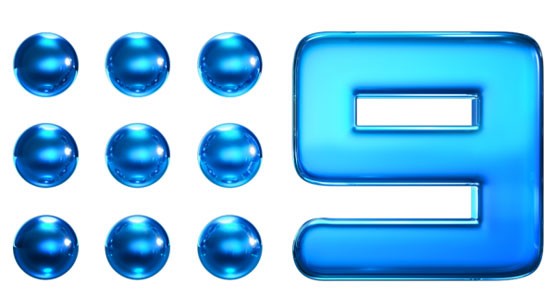 The spin around the Nine Entertainment Co. float is so thick you can cut it with a knife. It’s a credit to the lead manager of the float, UBS, that it’s been able to get such a good run in the media, particularly The Australian Financial Review.

To recap: James Packer’s PBL Media sold Nine to private equity giant CVC Asia Pacific progressively for $5.6 billion in a series of masterful top-of-the-market deals between 2006 and 2008. The $3.8 billion in debt behind the deal almost sunk Nine in the wake of the financial crisis and after a torturous debt-for-equity restructure was negotiated last year — which saw CVC lose $1.8 billion — two key senior lenders, hedge funds Oaktree and Apollo, forgave some of its debt and emerged with 53% of the company.

So the market approaches the Nine float — debuting tomorrow — with a degree of caution, verging on jaundice.

When the float was first unveiled we were told, via the AFR‘s respected Chanticleer column, that “to protect investors and ensure an orderly aftermarket, the hedge funds will be encouraged to vend into the IPO”.

Local fund managers put paid to that. They did NOT want to support another dud float by a private equity vendor, like Myer or the disgraceful Collins Foods.

So the Nine prospectus showed the combined stake of Oaktree and Apollo would fall from 53% to 36% and the holdings would be escrowed until the release of the 2013-14 accounts, in August next year.

Then on Tuesday, ahead of the institutional bookbuild, the AFR was telling us with extraordinary prescience the stock would be priced between $2.10-2.15, and then the next day $2.08-2.10.

Finally, today, although the bookbuild fell short by some $30 million of stock, we are told the offer was “oversubscribed at $2.05” — the bottom of the targeted range — and, while it could have been priced at $2.10, “the company wanted demand to exceed supply to help support the stock in the secondary market”. Chief David Gyngell — who is getting some $10 million worth of free shares, a $2.5 million cash listing bonus, and another $4.5 million in performance shares — was said to be “delighted by the strength of demand received for our IPO”. Puh-lease!

I am not commenting on Nine’s debut, and whether the shares will go up or down. That could depend on whether UBS or any of the other float managers, including Morgan Stanley and Macquarie, wade into the market on their own account. It’s all part of the service for our most powerful investment banks.

Nor am I commenting on whether Nine is a good investment at $2.05. The structural challenges to free-to-air broadcasters have been well canvassed. Nine’s declining profitability over the past three years — net profit after tax has dropped from $172 million, to $149 million, to $137 million — has been lit up for all to see. The forecasts “baked in” to the prospectus are said to be conservative (leaving potential for Gyngell to over-deliver, for which he will be richly rewarded).

But don’t let anyone give you the impression there’s been strong demand for Nine shares. Oaktree and Apollo have been forced, after some arm-twisting, to retain their stake and they will be looking to get out as soon as they can. There is an overhang and that can only mean downward pressure on the share price. Early release provisions under the escrow allow them to get out after the first-half accounts are published, if Nine shares go up by more than 20%.

So much for the orderly aftermarket Nine’s private equity backers originally hoped for.

Virtually all media are facing the same problem, but free to air TV has a very big one. They do not own much content. This is why digital encroachment is such a big issue. Within a few years we will all be taking our TV via on demand streams.
This is one ugly duck.

Yep sorry, wouldn’t touch this one with a bargepole.