The LOLs and reality of education. Oh. My. God. I finished last week’s list of the driftwood that had washed up in the corners of my brain by saying that I had no idea what would end up on the white sands of my next column. What an understatement that turned out to be. If you had told me that I would spend the week in a state of fascinated horror watching Christopher Pyne and Tony Abbott turning them inside out and upside down — not once, not twice, but three times — over education funding, I would have laughed at you. And please remember that my respect for these two gentlemen, especially around this topic, was starting from a pretty low base.

Twitter had a field day, so I have two tweets of the week and, unsurprisingly, both of them relate to the Gonski own goal. I chose this one because I think it cuts straight to the heart of what was really driving the behaviour of our Prime Minister and Minister for Education:

And this one from a fake Julia Gillard account, simply because when I saw it and it made me laugh out loud:

And then there was this exceptionally funny meme: 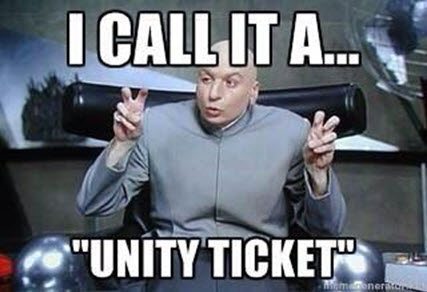 Really, I have to thank the Abbott government — who knew they could be this satirically rich so early?

Today, we have annual data from the 2012 Programme for International Student Assessment with some key points on our education system:

It’d be nice to think that anyone in our federal government could give a Gonski.

Remember income concentration? What else stuck in my grasshopper mind? There was this film promo for Inequality For All from the redoubtable Robert Reich — ex-advisor to Jimmy Carter and Bill Clinton, who is now a crusader for the shrinking American middle class. The promo is worth watching for his graph on the peak years of income concentration alone — 1928 and 2007. Anyone remember what happened in 1929 and 2008? If that isn’t an argument for reducing inequality, then I don’t know what is.

Mind you, given the possible wash-up on Gonski, it seems our current government remains hell-bent on using education funding to increase the gap between the haves and the have-nots.

Feminism, flappers and Clive Palmer. This week also saw some new members of parliament give their maiden speeches. Cathy McGowan from Indi had the biggest fan club, filling the gallery with orange T-shirts, but perhaps the most surprising moment was when Clive Palmer outed himself as a bit of a feminist. And, strange bedfellow or not, it seems women still need all the help they can get if this charmingly exasperated video blogger is any guide:

Speaking of feminism, however, a fascinating article in Bust Magazine on the history of the flapper (weirdly, I’ve just taken us back again to the 1920s, which is a little — if Dame Edna will forgive me — spooky) also got caught in the eddies of my thoughts. The parallels with young women in our own time and the way we both talk about them and to them are startling. I particularly love the defiant little bit of doggerel at the end:

“Let them shed all their tears in a crocodile pour / For the simple simp sister who flourished of yore / But I’ll cast my vote in the way that I feel– / For the girl self-reliant, bright, snappy and REAL.”

Spy tales: the best reading. Amongst all the rather odd nonsense in some of the media about the rights and wrongs of journalists publishing information about Australia tapping the phones of the Indonesian President and his wife, it was an editorial from The Spectator Australia that stood out to me as a beacon of commonsense and fair-mindedness. I also enjoyed the literary sleuthing at Vulture: did a down-and-out Dorothy Parker nick Nabokov’s idea for Lolita, after she’d been told his MS of the same name could never be published? You be the judge …

Abbott’s wild-goose chase for Marxists in the classroom

Confused by Coalition on Gonski? Let Tony and Chris explain …

Our fifteen year old students who didn’t do so well in the recent PISA tests are heirs of the David Kemp and Brendan Nelson so-called “literacy crises”and the policies they mandated for reading instruction after the Nelson’s “National Literacy Inquiry”. The teaching practices mandated in Nelson’s response to the National Inquiry he initiated (“Teaching Reading”) have obviously not been successful. Perhaps it’s time to rethink these methods of teaching?

Pyne is gone. Surely he is a liability even by the LNP standards. Also Ian MacDonald slapped down Abbott today. This government is lurching from crisis to crisis. Abbott is probably praying daily to Pell to say ‘please make it go away the pain the pain why can’t we lead normally as we are the born to rule. Monseigneur what am I doing wrong?’
Idiot and you and Bishop A and B and Pyne and Turnbull and the rest of your lazy incompetent and arrogant rabble.

And Patel was a symptom of the Wooldridge-Nelson-Howard education and health experiment.