How much would you pay for Channel Nine? You get more than a choctop at the movies with Peter Hall. And Collette Dinnigan says for god's sake, brighten up.

Nine lives and then a post-float death? Shares in the company that owns the Nine television network, Nine Entertainment, will hit the sharemarket boards this Friday, putting a value on a conglomerate that also owns ticketing company Ticketek and website ninemsn. Nine, formerly owned by the Packer family, will end up with a market capitalisation of up to $2.2 billion, with shares expected to trade in a range of $2.05 to $2.35.

But anyone interested in a long-term investment in a free-to air-television company should be looking at television viewing trends. Earlier this year, Morgan Stanley analyst Benjamin Swinburne published charts showing that there had been a 50% collapse in US broadcast television audiences since 2002. In Australia, the trend line is in the same direction.

Anyone who shares a house with a teenager would know that they watch very little television — favouring internet-connected screens of various sizes. In 2008, research giant Nielsen Australia reported that, for the first time, Australians were spending more time in front of a computer screen than a TV.

For the television consumers of the future, the decline is even more marked. According to Australian Bureau of Statistics figures, the average 5- to 14-year-old spends about 15 hours a week in front of the TV,  a figure that has declined about 27% in a decade.

Sam Volkering from respected financial newsletter Money Morning has said that the arrival of Netflix will exacerbate this trend. Netflix, an on-demand, online streaming media provider, has 23 million subscribers in the United States, who pay $7.99 a month. Although Australian viewers are currently unable to access the site, Netflix is preparing to launch here as early as next year. According to Volkering:

“When it comes to the Nine IPO the funny thing is that in their prospectus they’ve predicted their own death. With the continued development of alternative forms of media, particularly digital media, Nine Network may face increased competition for advertising revenue …

“Newer technologies, including streaming and downloading capabilities through the Internet, video-on-demand and other technologies, are increasing the number of media and entertainment choices available to audiences.”

A movie with cash from Peter Hall. Investment manager and philanthropist Peter Hall AM threw a party with a difference in Sydney yesterday. He invited representatives from more than 35 Sydney charities to see a movie and then take home cheques totalling about $371,000.

Representatives from conservation and animal welfare groups, along with cancer charities and Medicines Sans Frontieres, were invited to view a documentary on the Antarctic’s Ross Sea called The Last Ocean. Hall has part-financed the film, about the struggle to save the southernmost sea in the world from predatory fishermen. He will also be speaking about a cause very close to his heart — the fate of the Javan and Sumatran rhinos.

Hunter Hall, an ethically focused fund management company, has pledged to donate 5% of its pre-tax profits to charity every year. Since the company began in 1993, more than $9.2 million has been given away.

The science of philanthropy is now being studied in university psychology departments around the world. In his best-selling book Give and Take: A Revolutionary Approach to Success, Wharton Professor Adam Grant says that giving to others may be the most sustainable path to success and a meaningful life. In it, he highlights three different styles of interaction: taking, giving, and matching:

“Whereas takers strive to get as much as possible from others, and matchers aim to trade evenly, givers are the rare breed of people who contribute to others without expecting anything in return. These styles have a dramatic impact on success. Although some givers get exploited and burn out, the rest achieve extraordinary results across a wide range of industries.”

An artful journey to the sea. Photographic artists Narelle Autio and Trent Parke currently have a stunning exhibition at Sydney’s Stills Gallery in Paddington called To the Sea. It documents the journey they took in 2003 when they drove around Australia, a life-changing trip that included the birth of their first child, Jem. 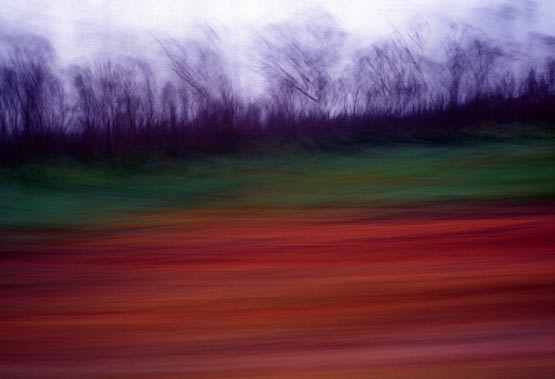 Road to Cape Leveque from To The Sea (image courtesy of of the artist and Stills Gallery, Sydney)

Both artists have won numerous Australian and international awards and are represented in several public and private institutions.. Parke was the first Australian to become a full member of the renowned photographers’ co-operative Magnum Photo Agency.

Colour is the new black, says Dinnigan. Renowned fashion designer Collette Dinnigan has handed out some advice that could revolutionise the wardrobes of working women. Years ago, an Indian fortune teller told her that when attending a meeting in which decisions had to be made, she must wear a strong colour. On important occasions, it is vital to stand out and not fade into the background by wearing black, she said. Wearing a eye-catching colour makes the other participants pay you more attention.

These and other insights were revealed in an interview with Caroline Baum on the designer’s new book Collette Dinnigan, Obsessive Creative, at the Woollahra Village Weekend. The book, which documents her life, is an testament to the passion and dedication she has brought to her career.

Dinnigan, the first local designer to be invited to present her collections in Paris Fashion Week, recently announced that she was closing her main clothing business to spend more time with her family. Previously she had designed 11 collections every year, comprised of the main label, the diffusion (cheaper) Collette range, bridal collections and lingerie.

All is not lost — she will keep designing the Collette and lingerie ranges, create more more glasses for Specsavers, and bring back the Enfant clothes for children.