A leading oceanographer has rubbished a climate change paper co-authored by a leading Financial Review journalist, saying the paper "makes things up". 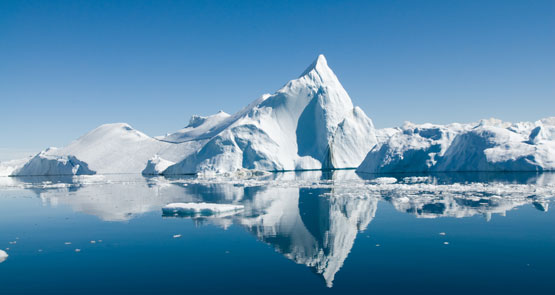 The original paper — “Sea-level trend analysis for coastal management” — was published in the international journal Ocean & Coastal Management in March. AFR letters editor and editorial writer Mark Lawson co-wrote the paper, which used complex mathematical models to argue local councils had overreacted to the threat of rising sea levels. The lead author was a mysterious engine technology expert and former Fiat researcher who goes by the names Albert Parker and Alberto Boretti.

In an eviscerating takedown to be published in a forthcoming edition of the same journal (but already available online), oceanographer John Hunter accuses the authors of making things up and displaying a “remarkable lack of knowledge” of sea level models. “Virtually everything they say about model projections is incorrect,” writes Hunter, an oceanographer at the University of Tasmania’s Antarctic Climate and Ecosystems Co-operative Research Centre. He writes the authors appear to have made up the so-called “exponential growth theory” of sea level rises in order to discredit it. A section of Hunter’s abstract reads:

“The problem with articles like this is that planners and policy makers may take seriously statements such as:

‘Coastal management should consider sea level rises much smaller than those based on modelling activities presently considered in Australia as well as in the other parts of the world at least for the next 30 years. The projections by the relevant state bodies should therefore be revised considering lower bounds to future sea level scenarios the continuation of the trend measured up to the present point.’

“Given the errors noted above, these statements represent quite dangerous and foolhardy advice.”

Hunter told Crikey this morning: “This paper should have been rejected … It’s rubbish.”

Mark Lawson, a veteran AFR journalist and self-described climate sceptic, distanced himself from the journal article today, saying he had contributed only a few lines and might not have even read the final article.

“I don’t think I actually saw the paper, to be honest,” Lawson said. “I think I contributed a paragraph … I was a bit surprised to see me listed as a joint author — my contribution was quite minimal. I’m a journalist, not a scientist.”

Lawson, the author of A Guide To Climate Change Lunacy: bad forecasting, terrible solutions, was previously the AFR‘s science writer and has written regularly on climate issues.

Lawson also says he was surprised to learn the article’s lead author was Albert Parker when he had been corresponding primarily with Alberto Boretti. “Is he the same guy? That’s what I was puzzling over … That’s why Parker was sending me emails — I had no idea who he was.”

Journalist Graham Readfearn has previously tracked the confusing publishing history of Parker/Boretti, who writes prolifically on climate issues although his academic specialty is mechanical engineering. Although named as Parker on the RMIT website, he was also using the name Boretti at least as recently as March. Parker has not responded to Crikey‘s calls and emails. In a reply to Hunter’s comment, he defended his article and said Hunter had tried to misrepresent the paper’s introduction to discredit the rest of his thesis.

The paper’s third author, M Saad Saleem, was previously an electrical engineering lecturer with Parker/Boretti at the University of Ballarat.

The AFR‘s Lawson said he stands by his contribution: “I can’t comment on the details of the scientific analysis, but on a broader level it’s clear the increases to sea levels to date to not justify the responses we have seen from councils.”

I’m an engineer. By and large, we’re smart people – we have to be, as we shape the world.

But we still rarely comment on things outside our sphere. Especially when what we would say is contradicted by people who have specifically studied in the field that we haven’t yet are making comment on.

Extrapolating lines fitted with exponentials can only reflect steadily proceeding contributions to seawater such as the warming of the ocean mixing layer. Respected academics such as Doctor Hunter would be aware of looming breakouts that cannot be predicted in such a conservative manner or reported in such conservative forums as the IPCC.

However we should not be requiring our climate or ocean scientists to defend their advice from adulteration by the wilfully ignorant. After all, they have important work to do.

The journal clearly failed to recognise a denialist tone in the paper, or at least failed to appoint reviewers willing to assess its respectability.

I’m disappointed that Mark Lawson avoided claiming that the dog ate his homework. The man has no courage to match his convictions. But let’s not let him get away with the worst cowardly denial: “I can’t comment on the details of the scientific analysis, but on a broader level it’s clear the increases to sea levels to date to not justify the responses we have seen from councils.” Mark Lawson’s participation in this pathetic travesty shows that he is willing to comment on anything (at all) to do with climate science. He is tickled pink that an actual engineer asked him to contribute to a proper scientific (ha ha) paper – so ego-pumped that he can’t even recall what his contribution was. So, out with it Mark. Which were your actual words? Which parts of this denialist crap did you understand and when will you accept the contradiction about to be published in that learned, but now compromised, journal?

“The journal clearly failed to recognise a denialist tone in the paper, or at least failed to appoint reviewers willing to assess its respectability.”

Alas, profitability can all too often motivate an author to cherry-pick and misquote. That’s when an editor needs to ensure that the reviewers wont just tick a paper that looks well-funded and has impressive Figures.

Sealevel records vary notoriously from place to place, because the land is often rising or sinking as fast as the sea is rising. Similarly localities can have varying sealevels depending on the amount of warm water delivered by an evolution of currents or sustained atmospheric pressure. The fact that this paper extensively uses single point sealevel histories does shout to the editor that the authors might have been cherry picking.

Industries (such as real estate or infrastructure) that do not want their potential customers frightened off by prophecies of rising sea levels and increasingly violent storms might well be happy to fund research that leads to preferable conclusions, so the editor must be wary on that account as well.