Inside the Canberra feedback loop: Abbott and the gallery examined 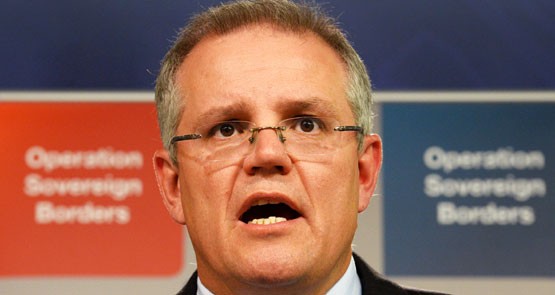 She would call four to five times a day. Maybe more. At times, pleading and begging. At other times, rude and bullying. Then there were the emails — shorn of formal niceties and full of demands and threats.

Sure, it is never easy dealing with press gallery journalists when working in government. But this particular journo took the cake for sheer rudeness and front. Every day was a new demand to be spoon-fed an “exclusive” or “drop” or a rather transparent attempt to flush us out by claiming she had “government sources” on a story.

On one such occasion, in relation to a budget measure, she had her facts completely wrong, but in the early days of the Rudd government in 2008, it was not worth it to deny it and in so doing give her the real story. However, as best he could the media adviser tried to steer her away from writing the story, warning her she would look silly by writing it.

But she was not to be swayed and swore she had a high-level source saying the government had broken an election pledge to introduce the measure. Next morning, she had her “exclusive”, even though it was completely fictional.

When time came to make the announcement a week before the budget, it was decided there was no point giving the journo the story as she had already reported it was not going to happen. As a result, the brown stuff hit the fan — the journo in question rang first thing in the morning and then emailed, making all sorts of dark threats. Soon after her paper started writing stories about government “spin” and “media management”.

I am not going to name the journalist. It serves no purpose. The reason I tell this story is to give some insight into the rather extreme tactics of some journos to get a story out of a new government. It also gives colour to a broader point about various government strategies to handle the media.

This incident was in the early days of the Rudd government when few had any idea that things would end so badly. At that time, the strategy driven from Rudd’s office was very much based on feeding the media beast and trying to control the agenda. In those days — unlike later in the life of the government — control was tight. Stories didn’t get out unless we wanted them to get out. In the first year of the Rudd government there was only one real “leak” — details of cabinet discussions on FuelWatch — and that came from Godwin Grech, not from within Labor ranks.

However, while the media strategy seemed to have worked for former foreign minister Bob Carr and former British PM Tony Blair, journalists had become wise to it. Journos — particularly from News Corporation — who had become fat and lazy from the Howard government culture of exclusive “drops” could be overheard down at Aussies Cafe whingeing about how hard it was to get stories out of ministers’ offices. They quickly rebelled within months of Rudd coming to power.

Quickly, the claim of the spin machine of Kevin Rudd’s office became a widely accepted fact in the media, and it worked against the government. (From my point of view, if Rudd’s media office had been proper spin doctors, they would have been a whole lot better than they actually were.)

Prime Minister Tony Abbott and his senior advisors clearly watched closely Rudd and Gillard’s failed strategy to deal with the press gallery and the mayhem created by the ever-quickening catherine wheel of the 24-hour media cycle. To their credit, they have tried to lower the frenetic white noise of politics, realising that most people are thoroughly sick of politicians on their TV and radio every moment of the day.

“The Abbott government might think that in the end results will speak louder than words, but they take the press gallery for granted at their peril.”

However, it is clear there is more behind the Abbott government strategy. From the recent weeks it is clear it is also driven by deeply ingrained disdain towards the Canberra press gallery.

The Coalition’s disdain for the Canberra press gallery is by no means unique in Australian public life in recent times. However, it becomes dangerous when the barely concealed belief they can ignore the Canberra gallery and talk over their heads starts manifesting itself as belligerent arrogance and conceit at press conferences.

Prime exhibit was Education Minister Christopher Pyne on ABC Radio last week. ”It’s not my fault if some people in the press gallery don’t understand the complicated nature of the school funding model,” he said.

There can be no other explanation for the public performances of ministers like Pyne and Immigration Minister Scott Morrison other than basic arrogance and conceit. Abbott’s ham-fisted initial response to revelations of spying on Indonesia’s President seems similarly driven by a belief that what matters is not the perspective of political journos but those of listeners to talkback radio. In so doing he completely missed the serious diplomatic implications of his actions.

While many voters dislike the Canberra press gallery, I reckon they hate even more the recent displays of belligerence by Pyne and Morrison. Not a great deal that fascinates the press gallery tends to filter through to average voters. But I bet they would have concluded two things this week: the Coalition has broken its promise on school funding, and Pyne is an arrogant pillock. For a government elected on the promise of no surprises and a pledge to keep its election commitments, Pyne’s efforts this week were just breathtaking, especially on an issue of such high importance to so many voters.

And what happens when you starve a pack of hungry wolves? They gorged themselves on the piece of red meat, finding angry school teachers and state education ministers to fill the airwaves and column inches. While its influence is no longer what it used to be, the press gallery still has a large impact on the way many Australians understand and interpret federal politics.

In some cases, like a bad circus mirror, the press gallery reflects back to politicians a distorted version of themselves that soon becomes reality. This feedback loop has a major influence on the way the political actors see themselves and act. In competing versions of reality, it is the press gallery’s narrative that normally — not always — becomes the accepted narrative. By the time it has been picked up by the ABC in the morning, repeated on talkback radio and again in the commercial nightly news, fiction often becomes reality.

The Abbott government might think that in the end results will speak louder than words, but it takes the press gallery for granted at its peril. If a tree falls in the forest and no one is there is to see it happen, did it really happen? In contrast, those ministers who assiduously court gallery journalists and ride the talk show show circuit of Sky News and Q&A will always be the ones feted as the strong performers, despite meagre policy records.

The more important lesson for the Coalition is that it takes Coalition state colleagues for granted at their peril. Pyne committed an A-grade newbie error in expecting Liberal education ministers in NSW and Victoria to meekly fall in behind him on education funding. This faux pas was made even worse by the fact he didn’t even do state counterparts the courtesy of letting them know beforehand before dropping the story out in the media. Again, a sign of disregard of elementary political and diplomatic due process, something that seems to be an emerging hallmark of the Abbott government.

Tony and his sparkling team are taking lying and obfuscation to a whole new level – retribution will surely follow on many fronts….there is a delicious irony to it all, but the damage TA has caused to the political process will take a fair while repair.

All so unnecessary – what is the problem with just being fair?

The press gallery had a role in creating Pyne, Abbott and the rest of this sorry government when they didn’t ask the hard questions before the election; virtually giving them a dream run bordering on idolatry.
For the ALP and Greens no such luxuries; reports verging on persecutuon of the ALP with all the crap about poll results and leadership woes. Very little talk on policies of the parties otherwise they would have seen the LNP was the, soon to be, emporers without clothes; have a look at their direct action environment policy for one, get rid of the carbon tax then?????? (trust us); Revolution Now!

The retribution seems to have been missed by the Herald Sun – no mention of Gonski at all in todays issue and in yesterdays paper we had Samantha Maiden supporting Abbott and Pyne and calling us to look at policy over politics and writing another article supporting Pyne’s push for Phonics (“who’s supporters say is better than the current method” – as if supporters would say snything else!)

How much did the same press gallery do to deliver into the hands of this government, with their two-speed preferential treatment, making Labor look unfit to govern (admittedly with their own help) which they overegged with their megalomaniacal opinions?
Why wouldn’t the drip feeders look down on these self-obsessed prima donnas with contempt and disdain they deserve now? They’ve served Abbott’s purpose.
They think they’re indispensable for democracy – with their speed-bump record?

I, for one, welcome our newly Mogadoned press gallery. If someone would only stop feeding them as well, then real journos. could start doing what reporters used to do, ferret out facts & fatuities – all else is advertising.