How high-speed rail could destroy your suburb

Protecting the corridor of a high-speed rail network that will never be built will inflict significant damage on outer suburbs in Sydney, Melbourne and Brisbane. 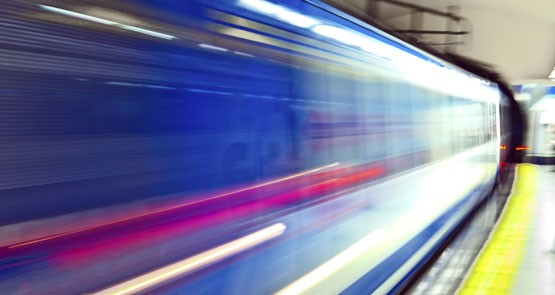 How about Campbelltown or Minto in Sydney? Or Hornsby up north? Or St Lucia, Corinda, or Durack in Brisbane?

Or you live in the Southern Highlands in New South Wales, or near the Hume Highway between Sydney and Canberra? On the north coast of NSW, or the Gold Coast?

If so, you’ll need to get a copy of the high-speed rail scoping study and start wondering what impact a future high-speed rail line, and its construction, will have on your property values.

Having successfully seen off private sector involvement in GrainCorp, the Nationals are now focusing on the thing they do best, wasting taxpayers’ money. On the weekend, Nationals leader Warren Truss announced he would be writing to the governments of Queensland, NSW, Victoria and the ACT to discuss protecting and preserving land for an 1800-kilometre high-speed rail corridor between Melbourne, Canberra, Sydney and Brisbane.

The suburbs listed above are all on the preferred route identified in the Phase 2 Scoping Study report. Unlike suburbs closer in to Melbourne, Brisbane and Sydney, they will be on the surface route for high-speed trains. Closer in, where it becomes too expensive to purchase properties and too disruptive to suburban amenity to put in an entirely new rail network, the study report proposes to put it all underground — one of the reasons the project will cost north of $100 billion.

In regional areas, too, except where the alignment needs to go through major geological features, it will all be surface.

Putting more of the network on the surface in Brisbane, Melbourne and Sydney will save tunnelling costs, as some have proposed, but will also inflict massive disruption on affected suburbs as thousands of properties are demolished to make way for an impermeable, immensely noisy barrier.

The corridor itself will be 30 metres wide, according to the report, but that’s before embankments, culverts and related earthworks. Properties directly affected by the corridor will presumably eventually be bought out; those nearby will simply get the noise (85-90 decibels) and the disruption that multi-year construction will bring, including the road traffic needed to shift hundreds of thousand of tonnes of earth to provide the sort of straight, flat alignments high-speed rail (even the relatively slow one proposed in the scoping study) requires.

Identifying and protecting the corridor — a process under which, by the way, Commonwealth officials are allowed to enter properties without permission — will mean blocking development in affected areas permanently on the basis that, eventually, a government might be silly enough to waste tens of billions building stages of the network. Property values in affected areas would also be reduced given the uncertainty of potentially living near an immensely disruptive piece of infrastructure.

It’s also a fair bet that it will be a waste of time and people’s money, because the network will never be built. Contrary to the claims of advocates that high speed rail is some sort of successful global movement that Australia needs to join, the costs and problems of high speed rail systems are becoming clearer and clearer. A Dutch high speed rail line needed a quarter of a billion pound bailout due to low patronage in 2012. The Portugese government abandoned plans to build a Lisbon-Madrid high speed line last year as well. Spain’s high speed rail operator axed an entire section of its network due to single-figure passenger numbers. Similar ghost trains plague the much-vaunted Chinese high speed rail system, which can’t cover its debt financing costs. In 2009, the Taiwanese government had to take over a two-year old high speed rail line because of its enormous losses. The cost of the proposed HSR route in the UK blew out from £32 billion to over £40 billion earlier this year.

A recurring theme from the overseas high-speed rail experience is that patronage is regularly overstated — often significantly. The scoping study for an east coast high-speed rail network suggests that even with generous patronage estimates — based, for example, on airlines not responding to competition from high-speed rail on inter-capital routes by lowering ticket prices — the network will only cover its operating costs, with the $100 billion-plus capital cost written off and taxpayers left to service the debt it would entail. A more likely scenario based on the overseas experience is that not only will taxpayers have to spend several billion dollars a year paying the interest on the lost capital, but they will have to cover the operating costs of the network as well.

It also doesn’t include the environmental damage a high-speed rail network — normally portrayed as clean and green — and its construction will inflict. Truss mentioned nothing about the environmental assessment process that needs to be undertaken once a route is identified. It is the massive environmental impact of the UK HS2 project that has proved one of its greatest obstacles.

All that is separate from the economic damage entailed in locking down areas of our fastest-growing outer suburbs and inflicting huge and permanent uncertainty on residents of those suburbs with the misfortune to fall outside the “stick it underground” zone closer in.

No vision Bernard. The high speed rail corridor is a fraction the size of a freeway csmorridor and the green house gas contribution is a fraction of the contribution made by air travel. If Europe and China can build high speed rail links through its densely populated areas then it should be pretty easy for us. You should take a trip out for some country air sometime and you will see it is full of empty space. Come back into the city and you will see plenty of roads underground with their smog stack emitting problems and then you might start to appreciate the value of rail.

Well why do anything ever? It costs money, it’s inconvenient and, hey, cheap av-gas will be around FOREVER!

One thing we can guarantee: The Greens, who are now claiming VFTs as their own. will oppose them as soon as the routes are identified. They will be organising NIMBY groups now Bernard, now that you have alerted them… I’ll bet (the value of) my house on it!

This sort of thing is happening already. Come and have a look at what is proposed for inner north Melbourne to build the East West Link (Royal Park Tollway). I don’t recall seeing a similar Crikey article on that topic (but happy to be corrected).

I’m sorry to see Bernard follow the Urbanist’s approach and can anything that might be seen as offering an alternative solution to our car dependency. Cowards and naysayers can be just as, if not more, destructive for alternative visions as those who actively oppose the alternatives. One thing Crikey never seems to address is: what’s the alternative? Do we just carry on with road and air and assume everything will be alright? Wait until it’s too late to build the alternative? Or have a go and try and do it in the least disruptive way possible?