‘No one wants to know you’: unemployment catch-22 for older Aussies

The Productivity Commission has recommended increasing the pension age to 70 to keep Australians working longer. But with employers loath to hire anyone over 50, is this any kind of solution? 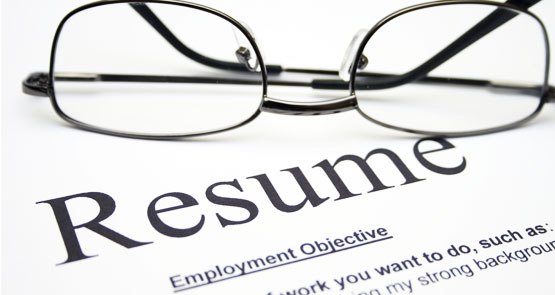 As Australia’s population ages, there’s increasing pressure on politicians to encourage people to work longer. The Productivity Commission has recommended increasing the pension age to 70 from the current age of 65. But if their pension benefits were delayed, would older Australians be able to keep working?

Crikey put out the call, and the response from readers has been unanimous: it is very difficult to find work when you are over the age of 50. And the longer you are without a job, the harder it is to find one. One reader said:

“I’m a 56-year-old from Adelaide who attends my job network office once a week to apply for three jobs, given the stream I’m in. (For three years before this year it was six jobs.) Doesn’t sound too difficult, does it? And it isn’t — just a fairly absurd exercise in futility. I worked for 18 years in the tertiary sector, and have found that this, plus my age and employer’s prejudices/assumptions (not healthy enough, likely to be too opinionated, over-qualified; take your pick) — means I have had plenty of knockbacks and a lot more failures to reply at all. I still have to make the applications …

“I also have to attend generic courses that are hardly age-appropriate — confidence-building in interviews (haven’t had any in nearly four years), or how to dress for interviews or how to build my resume (my assumption is the employers don’t read much beyond the age and previous experience entries). Add to that working with chronically old computers and photocopiers/printers. All in all, the whole job network seems like an ongoing scam, at least for most people my age.”

The statistics bear out his experience. According to research by the Australia Institute, older Australians who find themselves out of work are much more likely to find it difficult to find a new job than their younger counterparts. In Hard to Get a Break, Richard Denniss and Prue Cameron write:

Those who do find work after 50 often have to take what they can get, even if it is at a lower level or for a reduced salary. One reader writes:

“In 1992 I and many others were retrenched from the Australian National Line’s terminal division. Those who left covered the entire spectrum: wharfies, clerks, engineers and supervisors. Most of us were in our late 40s or early 50s, and not many found work again. It took me three months to find a job (I was 50 and over-qualified), and when I did find employment it was at a much reduced salary. My new employer felt he was taking a chance employing someone ‘so old’ and so ‘senior’. I was then, and still am, most appreciative that he did so because I wanted to work, and it was mutually beneficial.”

Another Crikey reader found herself looking for work at age 52 and applied for over 800 jobs in two years in numerous fields, including teaching, lecturing and computer programming. It wasn’t a question of qualifications, as she discovered a training institution had used her CV to develop specifications for a job — which the institution did not interview her for. “After two years out of the workforce you are considered to have lost your skill set, so I just retired and no longer face the daily humiliation of not being good enough for the bright young 30-something headhunter with a degree in marketing,” she said.

Seniors’ advocate Everald Compton — himself out of work at 82 after Treasurer Joe Hockey dismissed the Advisory Panel on Positive Ageing (of which he was chairman) — says legislation is required to make sure older workers are not overlooked. As he wrote for Crikey this week:

“We need laws that require employers to have seniors making up 10% of their staff – reforming the pension and superannuation age is no good if seniors are forced onto Newstart instead.”

John Richardson was one such person who ended up on Newstart after being unable to secure work. He was retrenched three months after his 64th birthday, and although he immediately started looking for employment, he could find nothing:

“I visited Centrelink, making it clear that I was interested in working. I was allocated to a local ’employment agency’ whose function was allegedly to help me find work; however, I was better organised than they were and they were not able to add any value. I think they felt intimidated by my qualifications and experience and that they were really only there to help people who didn’t really have any qualifications or experience. As I had received a redundancy payment on termination, I was not eligible to receive any government assistance for around seven months, becoming eligible for the Newstart Allowance just two months before my 65th birthday.

“On my 65th birthday, Centrelink excitedly informed me that my Newstart Allowance would cease and I would commence receiving the aged pension, and I no longer had to look for work, as I was ‘officially’ retired! At the same time, the employment agency charged with assisting me to find employment advised me that they could no longer provide any assistance (even though they hadn’t actually done anything for me anyway), because I was ‘no longer eligible’, having attained ‘retirement age’.”

Richardson says he had been willing to work in menial jobs he would have been overqualified for, but even they were impossible to find in his mid-60s:

“There is not the slightest interest on the part of Australian companies in employing older workers, irrespective of the quantum or quality of their skills and experience. Moreover, our society has encouraged people to leave the workplace at 65 years or, preferably, if they can afford to, even earlier. But once you hit that magic number, game over: no one wants to know you.”

Why older people should work longer — with some caveats

Why Joe Hockey should not have sacked me

Finally the voice of reason prevails.

Let’s be practical – “Less mouths to look after the more the government saves”?

And surely these “employment agencies” are there primarily to make money from the government for “paper-work generated”- finding those scarce jobs for “the age impaired” are more a happy accident?

The employment agencies (and I include the ‘charities’ here) are one of the biggest scams I have ever encountered, beyond the very basic ‘how to print out a resume’ they are pretty useless. Mind you having been out of work in my early 30s due to illness I did have to accept a job for which I was over-qualified and underpaid, unfortunately that’s the way it is. I would guess that this is the same story for those who left their job to have families as well as older people. I have to say also that having worked with those near retirement age (especially middle management men) they can be a pain in the proverbial sometimes, especially when it comes to trying to get them to use new technology.

Age discrimination is rampant. The only thing more annoying is the pretense by executives and, prepubescent, so called HR professionals who rule out anyone based on age regardless of relevant experience.

At 54 I found it very difficult to get an interview until I changed my photo on LinkedIn and Facebook to a more youthful self at around 35, and doctored my resume to support that apparent age. Suddenly I was called for interviews. No doubt they were then disappointed to see the grey hair and it went no further. Luckily I was in a situation to just retire and not subject myself to more of this insanity or to have to go through the mindless employment agency scam that I has witnessed friends suffer through.
As the pollies don’t have to suffer this rubbish, no doubt nothing will change and they’ll continue to wonder why they can’t save money when retirees are transferred from pension to newstart.

Come on folks, it ain’t that hard. Being a gatekeeper at Bunnings tradie’s entrance is a pretty good gig.