Fairfax is losing more star writers, and brekkie radio hosts call it quits. Plus other media snippets of the day.

More guns to go from Fairfax. More of Fairfax’s most highly respected reporters — including editor-at-large Mark Baker and economics editor Tim Colebatch — are leaving the company. Fairfax’s Canberra bureau will be further hit by the departure of online political editor Tim Lester. Baker and Colebatch are both leaving as part of a voluntary redundancy program under which around 50 journalists are leaving Fairfax.

Baker — a former Canberra Times editor, Age political editor and Beijing correspondent — has long been regarded as one of the company’s top writing and editing talents. Since becoming The Age’s editor-at-large in September 2012 he has had a wide brief to write features, comment and investigative pieces — including on the Julia Gillard/AWU slush fund affair. Colebatch, regarded as one of the country’s sharpest economic commentators, joined The Age in 1971 and has been economics editor for the past 20 years. Fairfax online political editor Tim Lester is leaving the company to take up an on-camera job with Channel Seven. Lester, a former ABC and Channel Nine journalist, will work alongside political editor Mark Riley in Seven’s Canberra bureau.

Peter Cai, a business reporter for The Age and The Sydney Morning Herald, is also leaving Fairfax. He is expected to soon be announced as the editor of China Spectator, a website in Alan Kohler’s stable of News Corp-owned business sites. — Matthew Knott

Quiet on the airwaves. Melbourne breakfast FM radio will sound very different from now on, with long-running shows Hughesy and Kate on Nova and rival The Matt and Jo Show on Fox calling it quits. Dave Hughes, Kate Langbroek  and Dave O’Neil were originally hosts of 3RRR’s Breakfasters and moved to Nova for the station’s launch 12 years ago. O’Neil left for Vega FM (now Classic Rock) in the mid-2000s. Hughes and Langbroek have raised seven children with their respective partners during their time with Nova — Langbroek’s eldest son also battled leukaemia. Matt Tilley and Jo Stanley are moving on after 10 years together. Both brekky teams are staying quiet about future plans, other than catching up on some much-needed sleep. Meshel Laurie and Tommy Little will take over Nova breakfast next year; Dave Thornton and Fifi Box are behind the mics for Fox.

Meanwhile in Sydney, Kyle Sandilands and Jackie Henderson have finished their last breakfast shift for Southern Cross Austereo’s 2DayFM. The Kyle and Jackie O Show has been Sydney’s top-rating breakfast radio program for the better part of a decade, and the pair presented the evening Hot 30 Countdown for a couple of years before that. Although it is yet to be officially announced, a privacy breach by the ad agency working on Mix 106.5 FM’s re-brand has all but confirmed Sandilands and Henderson’s defection to the station. One can only assume Mix is coughing up more than the million-dollar salaries doled out to the pair at Southern Cross Austereo. The official announcement is due today.

And in AM news, Keith Conlon has retired from Adelaide’s FIVEaa breakfast team after a 50-year career in the media. He’ll be replaced by former Adelaide Sunday Mail (and former news.com.au and Daily Telegraph) editor David Penberthy and Network Ten sport reporter Mark Aiston, who’ll join current host June Reilly in 2014. Can we expect Penbo’s wife and local federal MP Kate Ellis to be a regular guest? — Sophie Benjamin

He came in like a wrecking ball. The Sydney Morning Herald may have been listening to too much FM radio itself lately, with Miley Cyrus ear-worm Wrecking Ball clearly in some scribe’s head … 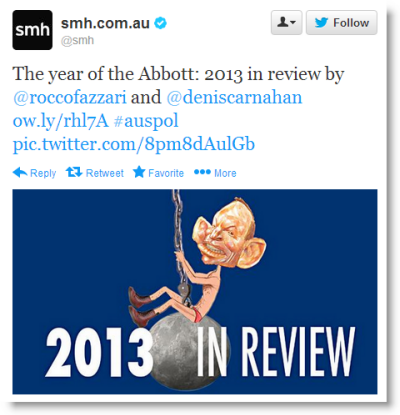 Video of the day. We like this dramatic re-enactment of a fight between two teenage girls in the comments section on a One Direction video. The sombre music and Shakespearean gravitas make it all the better … 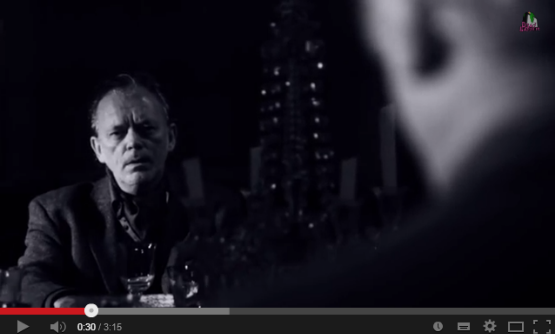 Funny business: what makes the Comedy Festival so popular?

Women pose in bikinis to ‘own’ their bodies. Something’s not right here