The immediate damage from the Graincorp decision is already clear, but what will be the longer-term impact? And a debt guarantee for Qantas isn't as simple as it sounds, Glenn Dyer and Bernard Keane write. 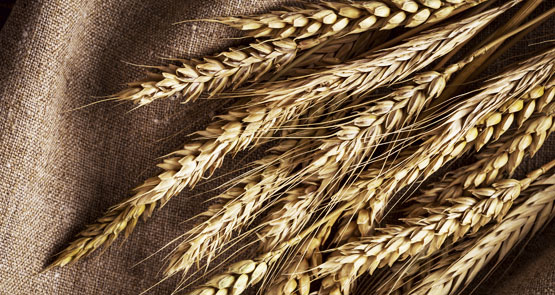 In blocking the $3.4 billion bid by United States agri-giant Archer Daniels Midland for GrainCorp, Treasurer Joe Hockey declared the Foreign Investment Review Board has been split on whether the bid was in the national interest. ADM will instead be limited to 24.9%.

Did GrainCorp have an inkling of the decision? It would seem so, judging by the last-minute PR blitz staged this morning by senior officials of the company. Chairman Don Taylor, an old hand in Australian rural agri-business, gave an “exclusive” story to The Australian Financial Review this morning warning of the damage rejection could do — and criticised grain growers for opposing the ADM offer. And his CEO, the highly regarded Alison Watkins, went on Radio National this morning and made similar comments. GrainCorp must have felt a decision earlier was becoming more likely than the December 17 deadline for Hockey to decide the fate of the bid.

Taylor’s warnings were significant — around $US250 million of planned investment is at risk, plus other spending planned by GrainCorp itself would be reviewed. GrainCorp will find its cost of raising new debt and capital will rise, because allowing ADM to build its stake to 24.9% (it will remain GrainCorp’s biggest shareholder) is a weak second prize to total control. Investors trashed GrainCorp’s share price this morning — down by nearly 30% in pre-trading, slashing the company’s value by around $900 million, based on the ADM takeover price of $13.20 a share.

Trading didn’t start at 10am — it was delayed until 11.40am after the Hockey decision was announced just after 8am. GrainCorp opened down 26.3% at $8.30, which is under the $8.70 level it was trading at before ADM launched its bid 13 months ago. And there will be more weakness as hedge funds quit the stock and take their losses. And the lack of trading in the US because of Thanksgiving holiday meant the local market was vulnerable to unexpected bad news — which the GrainCorp decision certainly was: it was down 16 points in the first hour. The dollar also fell back below 91 US cents on the news, which is probably a sliver of silver lining from the decision.

The GrainCorp share price has been slowing weakening since early September, when it looked certain the Coalition would win the election — which threw the fate of the bid, which would have been approved by Labor, into doubt. The price fell around 10% from early September to $11.20 yesterday, when it fell another 13c.

What’s the broader impact? Let’s looks at history: former treasurer Peter Costello’s controversial rejection of Shell’s $10 billion takeover offer for Woodside Petroleum back in 2001 generated a lot of talk about the adverse impact on foreign investment, but the truth is, it had no impact whatsoever — the $200 billion plus invested in the liquefied natural gas industry in Western Australia and Queensland since 2001 is testimony to that (for one thing, sovereign risk is quickly forgotten when there’s the chance to make a killing — even Shell has invested more than $US20 billion in LNG projects in WA and Queensland since 2001).

But Woodside was atypical of the Howard government’s broader approach to foreign investment. The question is, how much will the GrainCorp decision be an indicator of a future in which the Nationals tail wags the Abbott government dog? How much support did Hockey have from his Prime Minister against the Nationals? Shane Wright and Andrew Probyn of The West Australian suggested a fortnight ago that the answer was not much. And Hockey was left to carry the can on GrainCorp; last week, when announcing the appointment of David Murray to run the inquiry into the financial system, with broad terms of reference — an idea that was entirely Hockey’s own initiative — Tony Abbott made the primary announcement himself. Today, it was Hockey by himself at 8am in Sydney.

Based on the evidence so far, foreign investors won’t be in a rush to pursue opportunities in Australian agriculture — which was exactly the kind of signal the Nationals wanted to send.

Foreign investment is also a key issue in the increasingly parlous position of Qantas, a problem the new government finds itself having to deal with far earlier than it may have anticipated. The government wants a debate on the future of the so-called “national carrier”, including whether the foreign investment restrictions put in place by the Keating government when it sold the airline between 1993 and 1995 (first British Airways bought 25%, then the rest was sold off) should remain. Currently, foreign ownership is limited to 49% of Qantas, with single foreign investors limited to 25%.

Hockey sensibly wants to drop the foreign ownership restrictions, but both Abbott and Labor appear to prefer to keep Qantas locked into its current ownership arrangements and, if necessary, provide government support either by taking an equity stake or providing a GFC-style debt guarantee. In any event, amending the Qantas Sale Act to allow greater foreign investment would take well into 2014.

The banks paid a fee to the Commonwealth for the guarantee during the GFC — it has cost them around $5.4 billion. And the banks are now buying back that guaranteed debt to reduce the fee flow to the government. Because Qantas operates in the European Union, a debt guarantee would run the gauntlet of the EU’s competition authorities because of the dangers of a subsidy. American airlines, such as Delta (a competitor across the Pacific and allied to Virgin) and United, might not like the idea and might also complain to the US government about unfair subsidies.

Imposing a guarantee fee that would, in effect, bring the cost of Qantas’ debt up to market levels would help get the deal across the line with regulators elsewhere.

I have to laugh at the potential anger from the Europeans and Americans being upset by ‘subsidies’ for Qantas. Single handed, both of these regions have bought our agriculture sector to its knees with massive direct subsidies to their agriculture sectors. And they also have massive debt issues. Go figure, as to me this is weird.

One question I haven’t heard asked is that if ADM wants to get involved in the Australian Grain industry why don’t they simply build their own infrastructure and win grwoers away from Grain Corp. I thinkl that;s called compoetition and is a key stone of free enterprise.

One view of the Grain Corp purchase is not that they are investing but simply buying an asset. They could then shut this asset down if it conflicted with other assets. Just look what is happening at Gove.

Why can’t they raise capital domestically. If Australoans won’t put their money aren’t they really saying its a crap investment which means that we are simply looking to rip off foreigners or alternatively the Australian capital markets and their managers lack maturity and skills….Probably the latter is the more likely reason

ADM’s motto is “the competitor is our friend, the customer is our enemy”. Just because foreign investment is required (if we have to accept that this is the best of all possible worlds), doesn’t mean we should always take it. Looks like the right decision.

It is evident that Australia’s investment policies are in chaos. The Grain Corp decision was a NP sponsored lobby which would have split the Coalition as it did the FIRDC. Both the Grain Corp deal and the proposed guarantee for Qantas are both counter productive in the long term. The markets have already responded to The GrainCorp deal and for a company desperate for a much needed capital injection this does not ogre well.
Grain Corp needed international investment to build infrastructure and markets thus the decision was counter productive on both counts and smelt of 1950’s vested interests and protectionist thinking. There are similar options for Qantas. Qantas is a strategy basket case. The NE Asia strategy was ill advised, the company is poorly led as a result its strategic options have made it vulnerable to competitive attack. The stupidity of union confrontation, poor decision making, poor choice of aircraft type, moving servicing functions to low cost lpw quality locations has trashed the Qantas brand repositioning it as a low cost airline – rather than a “niche” full service airline where it built its reputation for safety and service in the first place.
Joyce has introduced a Ryan Air mentality which Virgin has attacked successfully in the domestic market having learned how to compete with low cost carriers in the EU and UK. Locally Virgin has nullified the “cash cow” that Qantas has ” milked” after the demise of Ansett. In short Joyce has single handedly trashed the Qantas brand and all it stood for in the travelling public’s eyes. The level of cannibalisation that was encouraged between Qantas and its subsidiary JetStar was an error in the strategic mix. Economy travel is a commodity where consumers are prepared to switch without loyalty. To be forced on certain routes was unwise thus causing a high ” churn” of passenger preferences which Virgin recognised with its open ” club” arrangements, thus providing an ” exclusive ” services to occasional passengers. Virgin’s marketing and expanded services provided an easy open package for the traveller while Qantas was locked into a single and less attractive package. Money won’t help Qantas – even a subsidy as all it would do is to perpetuate the rot. Qantas needs a new leadership team to decide its market position and to redirect its marketing and to better choose its alliances and the services it needs to offer in order to be competitive. If Qantas were to close tomorrow there would be few tears amongst the travelling public and that is sad for a once Australian icon.