From severing heads to sorting used tampons: your worst jobs

What's Australia's worst job? We asked the question and Crikey readers gave us plenty of contenders. Henry Belot compiles the worst of them. And a warning: some readers may be offended. 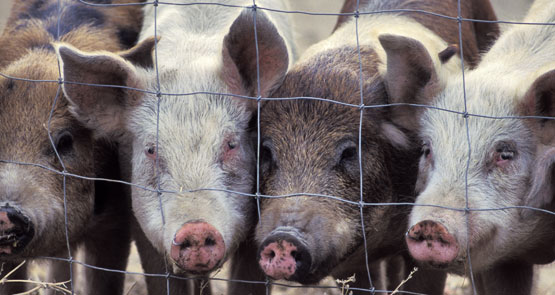 With news that New York start-up ToiletFinder is advertising for professional piss-taking toilet reviewers on Craigslist, we asked you to send through your own experiences. We’re kind of sorry we did. Below is just a sample of your submissions in all their glory …

Removing human heads. “My mum used to have a great one: her summer job was cutting open human heads for the medical school, when she was a student there. She was preparing them for the students and she got $10 a head or something. She had to cut them open so they could be clearly interpreted by the students. She said she quite liked it, although the smell in summer was pretty awful.”

A “special day” in a slaughterhouse. “I was assigned to sluice out the holding pens after a group of cattle there had been driven out for slaughtering. Wearing rubber boots and using a fire hose I spent several hours sloshing through liquid cow poo about five inches deep at times. The boots leaked, the flies were horrific, etc.”

Auditing the rubbish at an open-air landfill in Toowoomba. “You haven’t known glamour until you’ve spent a 43-degree Queensland January day separating cubic metres of public refuse into 128 potential waste categories (highlights being nappies, tampons, animal faeces and, if all else failed, ‘unknown’ (fetid/unfetid).”

Being electrocuted in a juice bar. “They had industrial juicers but not industrial smoothie blenders, and with water everywhere, people would get electric shocks that threw them back against the wall regularly. That, combined with an allergy to pineapple juice I developed while working there, meant I quit after a couple of months.”

Worm harvesting. “My worst job was detailing cars in the ’80s in such a greasy business. But my husband dug for worms (the kind used as fish bait) in mud at low tide on a river just north of Brisbane. These worms were worth more complete (not cut in half) because they lived longer, oddly enough. Can’t remember each worm’s worth, but needless to say it wasn’t much. That was truly a crap job.”

Ringing the dead. “My friend was working as a telemarketer, trying to get donations for a charity. His job was to ring people who had donated before. First day on the job, one of the first phone calls of the morning, he asked for the woman who had previously donated. Her husband said ‘she died’. My friend looked on his computer screen and there was a button for ‘deceased’ so he pushed it, and it said ‘ascertain cause of death’. My friend said he was very sorry to hear that to the grieving husband, hung up the phone and walked out of the office, never to return.”

Spraying the skip. “As a teenager, I cleaned industrial rubbish bins at the back of a 24-hour restaurant in mid-January heat for a small keep. I can tell you, nothing smells better than assorted food wastage left to slow-cook in the sun for days. Spent coffee grinds have a distinct scent when they’ve been left to marinate in the sun. It will haunt me forever.”

Artificially inseminating pigs. “Prior to uni I thought it would be a good idea to travel Australia and fund my trip by taking on menial jobs. One of the jobs I undertook was on a piggery. I don’t know whether the worst part was the smell, the horrible conditions the pigs were kept in or the fact I was injected with a needle that had been used on dozens of piglets (I was told it was a vaccine for pig syphilis). One of my tasks involved the artificial insemination of hundreds of horny sows. You had to push down on their back and pretend to be a boar, otherwise they wouldn’t take the semen and sometimes squeeze it back out all over any part of my body that was exposed. That was a fun job. I lasted three days and became a vegetarian.”

Scanning your insides. “Being a temporary secretary was pretty bad – you get a million phone calls and have no idea who anyone is. But being a work experience kid on the endoscopy ward was similarly not a career highlight — quite full-on for a 15-year-old.”

Cleaning out sewerage pipes. ” In a 1950s holiday resort, sewerage forced down pipe by compressed air. Stuck valve, you strip off, one reserved set of overalls and tools for the job. Work waist deep in shit and fix the blockage, then get hosed off. Reward: 1/2d (half a cent) an hour extra, plus the rest of the day off. Who would want to work with you anyway?”

Picking chickens. “My worst job as a student in Adelaide 1979 was picking chickens. We drove out in a crowded van six evenings a week to Dry Creek north of Adelaide at 7.30 each night. Arrived at the poultry sheds and spent the next four to five hours on my haunches picking up live chickens by their feet, 11 at a time (five on the left hand and six on the right) stuffing them into flat plastic crates (that held 11 birds). We worked by a single low light hurricane lamp so as not to scare the birds. Each handful one got shat on by the birds and after several hours you were pretty much caked in it. I only lasted three weeks.”

Wrangling undead fish. “I was ‘the iceman’ on a trawler fishing around Iceland. Four hours on, four hours off, and sea-sick all the time. Most fish that came down the chute to me were dead even before they had been gutted, as their bladders burst as they were hauled up. But deep-sea catfish, bladders blown and gutted, would come down the chute like aliens. Squirming black bodies, red eyes, transparent teeth, and as big as my arm, they would grip onto anything they could clamp their dribbling jaws around. Having a pack of these undead critters snapping at me was no fun. Their grip was shocking. Sometimes, like a nail gun, they would get a hold of the ice pick handle and not let go. I had to hack them off with a machete. After returning to port I did not reapply for this position.”

Cleaning maggots out of a disused meat freezer. “I had many jobs as a student but this one just pips the septic tank cleaning job by a couple of maggots. Back in 1974 I had a job with three other uni students cleaning the rotting crayfish bait out of a big freezer that had been of out of action for more than three weeks. This was a big freezer, with cardboard boxes full of rotting cow hocks, the lower half of cow legs. The freezer was located in a small crayfishing hamlet north of Perth and as we drove into the town on a hot summer’s morning we could smell the aroma of the ammonia refrigerant combined with the smell of rotting meat. When we arrived it was already about 35 degrees and our supervisor gave us a rag that we were supposed to wet and put over our mouth and nose because he said ‘the smell is going to be pretty bad’. When he opened the door of the freezer the aroma near knocked us out. Accompanying the aroma was a torrent of water, oil, fat globules, animal hair and thousands of maggots. The door had a high sill so that we had to wade knee-deep through this soup to remove the 25-kilogram boxes of bait.  The boxes had two thin wire straps around them; most were too soggy and as we picked them up the binding wire just cut the boxes in three, releasing an explosion of fat, maggots, oil, hove and bones with the odd remaining meaty bits attached. We had to hang onto whatever we could and take this to a large dumpster located just outside the door of the freezer. We were supplied with rubber gloves, plastic aprons and gumboots but they didn’t help all that much, especially because the boots were barely a centimetre above the floating maggots and after a couple of trips we were squishing maggots inside our boots.”

Dismembering a dead calf. “I once helped a vet dismember a (dead) calf that was stuck in the birth canal … that’s what happens when the tractor doesn’t work. Removed piece by piece.”

If you think you can better these stories (surely not?) then let us know …

I think Crikey should offer some of these jobs as part of their bonus package to new subscribers.
(Even if you didn’t get many takers, the clickbait storm would pay the bills for years.)

Australia’s worst job? I should think being either Morrison’s or Pyne’s PA.

Gotta say the maggoty thing takes me back to a 14 year old cleaning out the grease trap at the local butcher shop. Picture a 1/2 sq yard of fatty scum, 6 inches deep, riddled with maggots scooped out with an old pot & into a bin. The stench permeated a hundred square yards when disturbed & still lingers in my nostrils!