Australians are living longer, which presents a significant financial problem for the current pension system. Per Capital research fellow Emily Millane looks at four things the government could do to cope. 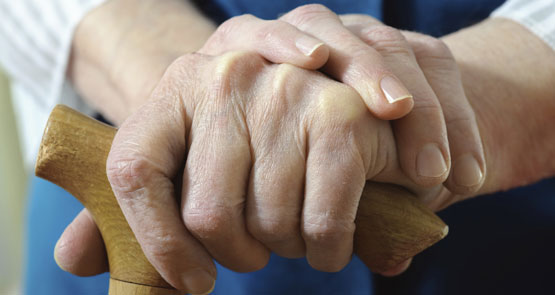 “Work Until You Drop”. That was the headline on the front page of The Daily Telegraph on November 22, in response to the Productivity Commission’s recent report, An Ageing Australia, which recommended raising the pension age to 70. Sensationalism aside, is it a good idea to encourage Australians to work longer?

The Productivity Commission has added its voice to growing chorus of concern about the inability of our social structures to cope with the twin demographic trends of an ageing society and increasing life expectancies. The entrants in this debate come at the issues from different angles, with different agendas and value sets, but they are united in an attempt to grapple with the policy solutions presented by life expectancy rising by more than 25 years since the turn of the 20th century. The Productivity Commission has warned that the demands of an ageing population will add an extra 6% of GDP to government budgets if not dealt with — in today’s terms that represents around $90 billion

Distilled down, there are four options on the table that might enable us to cope with the pressures presented by more of us being older for longer. But we must act soon. As Per Capita has argued in its recent report, Still Kicking.  Longevity and Ageing: The Demographic Climate Change of our Time, delaying intervention could mean that future adjustments to rein in the fiscal impact of ageing would need to be done over a shorter period of time, making the impact of future policy measures more keenly felt.

The first option is for people to continue working further into old age, mandated by a rise in the pension age and/or a rise in the superannuation preservation age. This option has the twin benefits of individuals accumulating further private savings and those same individuals not drawing down as much on the aged pension at the same time. But is this practical — or fair to older Australia?

As some unions and other seniors advocacy groups have pointed out, not everyone can work for longer, especially in jobs that are physically demanding. Furthermore, the ability of older Australians to retain work or re-enter the workforce has its limitations. Nearly three-quarters of people over 65 who are discouraged from seeking work say employers think they are too old.

The second option is to raise the revenue base in order to fund more people on the aged pension for longer. One suggestion in the Grattan Institute’s latest report, Balancing Budgets — Tough Choices We Need, was to extend the GST to food and medical expenses. As the institute itself acknowledges, this is a regressive recommendation: it would hit low-income pensioners disproportionately. Given that the largest area of spending growth among older Australians is on medical expenses, it would also mean that the burden of preserving health and treating disease would fall increasingly fall on older Australians themselves. Other, more progressive, taxation measures could also be considered.

A third option is that the real rate of the aged pension simply goes down, as governments struggle to fund benefits for the aged. This would fit neatly with the Coalition’s approach to ageing and aged care: self-reliance. In a speech last May, entitled The Demographic Challenge, then-shadow treasurer Joe Hockey sketched out the Coalition’s approach to an ageing society. The way to prepare for a mushrooming older demographic was by ” … attacking spending … the winding-back of universal access to payments and entitlements from the state. This will require the redefining of the concept of mutual obligations and the reinvigoration of a culture of self-reliance.”

“Is this what we can come to expect from an Abbott government? A brief response from a staffer and then back to business as usual?”

The first step in this process was to establish a Commission of Audit to look at exactly what payments and entitlements could go first. A related step was to abolish the superannuation payment to people earning under $37,000 per year and to reverse the proposed increase on taxation for those earning more than $100,000 of income from superannuation in the draw-down phase.

In the area of aged care, the government has abolished the aged care Workforce Supplement, which paid a supplement to aged-care facilities with an enterprise bargaining agreement in place. It also scrapped the previous government’s requirements for aged-care providers to follow a prescriptive process in setting prices, and the need to document and certify that process. Aged care providers have broadly welcomed these moves. But aged-care providers are not the same as older people; it remains to be seen whether these changes benefit the people for whom they are designed.

A final approach could be for older Australians to go into debt to finance their retirement years, in the absence of saving significantly more in superannuation — simply unaffordable for most Australians. One example of this is the reverse mortgage, whereby people use the equity in their home as security to access a line of credit on which to live. This is a risky option, and it has the obvious exclusion of older Australians who have never been able to afford to buy a family home. Public debt could also rise if governments seek to keep pensions and other benefits on real terms the same as they are today.

The Abbott government’s only response to the significant policy proposals over the last week this was a statement from an advisor to Treasurer Joe Hockey to say that the government had no plans increase the pension eligibility age (it is already legislated to increase to 67 years in 2023). Previously, during the election campaign, Tony Abbott said he would not touch the GST, at least for this electoral term. There was no statement on any of these proposals from the Minister for Social Services, Kevin Andrews, nor the Assistant Minister, Senator Mitch Fifield.

Is this what we can come to expect from an Abbott government? A brief response from a staffer and then back to business as usual?

It is vital that we have a national discussion about how older Australians want to live. How is the government going to fund more and more pensions as the baby boomers move into retirement and live for 30 years afterwards? If people can’t save enough in superannuation to afford them a comfortable standard of living in retirement, what are we going to do about it? Should the government assist in the further development of an annuities market equipped for the 21st century, so people have the option of purchasing a guaranteed income for each year of their retirement?

These are the big questions, and no one in the government appears to be asking them, let alone trying to come up with innovative policy solutions to answer them.

*Emily Millane is a research fellow at Per Capita and author of Still Kicking. Longevity and Ageing: the Demographic Climate Change of our Time

Yep, that’d be right. Force the not so well off into Reverse Mortgages and continue to let spoiled little Johnnies inherit Daddies wealth without contributing a cent to run the country.
Now more than ever, we need an inheritance tax.

Agree, Peter. But it could be in the form of a reverse mortgage (on assets as well as the home) that is repaid as first call on from the deceased estate, rather than when the home is vacated.

I would also suggest that the national pool of “pension” funds be considered as a single one and it be distributed more equitably: that is, lump together future OAP liabilities, ComSuper, Superannuation providers and all private funds that qualify for special taxation provisions.

Thirdly, identify the reasons why older people cost too much (if they actually do) and be far, far more proactive in preventing the need for this call. I don’t know what the reasons are, but if, for example, obesity was one, then pay for obesity treatment in middle age, not dialysis, amputations, blindness and the consequent intensive care in old age.

Well actually we retirees are often working very hard, as we always have, but mostly not getting paid for it. Grandparents in our culture are socially indispensible, former professionals in many fields are able to pursue duties of citizenship and cultural contributions they hardly had time for. It is as reprehensible to treat the elderly, retired, unemployed or invisible people as being of less value or significance just because they fall in an inconvenient income register. We are not in the era of Hobbes, Adam Smith or Howard, we are in the era of Marcuse, Kierkegaard, Barry Jones and Dick Smith.

There is an unwritten assumption to these learned articles that retirees fall out of society and the economy on retirement. That is apart from any costs that can be cobbled together and attributed to them. The previous comment pointed to the Social value of retirees, I would argue this also has an economic vale to both society and economy. Retirees are also straight out consumers of many services that generate employment and tax revenues. Tourism both internal & external has retirees as a high percentage of ‘bums on seats’ or ‘bodies in beds’. They employ numerous ‘handymen’, gardeners et al for those little and at times not so little jobs around the home. My subjective observation is that the medical expense is over-egged as it is the last 12 to 18 months of most folks lives that are the medically expensive portion. Now whether that arrives in your late 60’s as it used to or in your 80’s as it does now matters not. Retirees also become savers who provide usful and necessary capital to the economy and on death a lump sum for the next generation. There is social and economic value attached to retirees as well as costs and these need to be added into any Balance Sheet before any policy decided becomes bad policy adopted.