Conflicts of interest are turning television regulation into a political football, but will News Corp score an own goal? 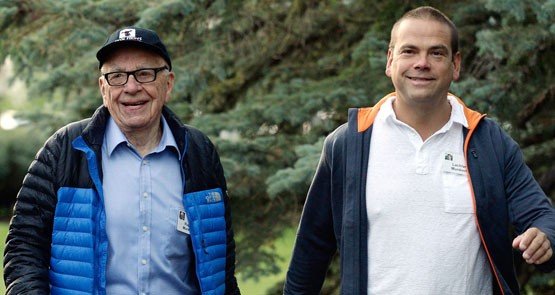 If there is anything that highlights the idiocy of Australian TV regulation at the moment — and the way the Murdoch family plays both ends of the field — it was the call this week  from the head of Foxtel, controlled by the Murdoch family’s News Corp, for a relaxing of the sports anti-siphoning rules and TV ownership rules, and the reply from Free TV Australia issued by its members — Seven, Nine and of course, the Murdoch-dominated Ten Network.

In a widely publicised speech in Sydney, Foxtel CEO Richard Freudenstein (a former News and BSkyB executive) said the federal government should consider establishing a “split system” where free-to-air rights and pay TV rights were separated. He said although it would be “politically difficult” for the government to completely remove anti-siphoning rules, the number of events included on the list should be reduced.

Freudenstein also wants cross-media ownership laws abolished and restrictions on access to the broadcast spectrum removed. All of this would benefit News Corp, which is struggling to find growth anywhere in its worldwide newspaper business.

Foxtel and Fox Sports are finding growth tough because they can’t follow the lead of other pay TV businesses in the Murdoch empire in the US, UK, Italy, Germany and India and bid for exclusive sports programming rights by using future (semi-assured) revenue streams. Foxtel is also borrowed to the hilt at the moment and would find it difficult to mount a huge bid for sports rights in this country.

In reply to Freudenstein, Free TV chairman Harold Mitchell said: “It’s no surprise to see pay TV out there crying foul over television sporting rights. It’s more of the same from an industry that is about one thing — making people pay for stuff they would otherwise get for free.”

Mitchell noted that 70% of Australians rely exclusively on free television for their sport, news and entertainment. “Calls for the current framework to be replaced by a ‘dual rights’ scheme where free-to-air and pay rights for listed sports would be sold separately is nothing more than a pea and thimble trick that will see sports disappear from the television screens of ordinary Australians,” he said.

“It is simply a fantasy to imagine that the same content can be sold to two competing platforms. That scheme is simply the latest strategy devised by pay TV to achieve their ultimate goal — exclusive rights to premium sporting content.”

Of course, Lachlan Murdoch is co-owner of more than 17% of Ten with James Packer and is chairman of the broadcaster, but he is also a director of News Corporation (and for that matter the other clan company, 21st Century Fox), which controls half of Foxtel and all of Fox Sports. And 21st Century Fox is a major program supplier to Ten through Shine and Fox TV in the US. News Corp produces TV programs for Ten.

There is a further irony; next month Ten shows the Big Bash domestic Twenty20 cricket competition. Last season it was on Fox Sports, as it was the year before. This year Cricket Australia rejected money from Foxtel and went with Ten because Cricket Australia wanted a bigger viewing audience. That was not acknowledged by Freudenstein, but the fact that Ten beat Fox Sports has also never been recognised by Lachlan Murdoch or his CEO. Cricket Australia’s Big Bash decision undermines the rationale for pay TV, but don’t tell Murdoch or Ten CEO Hamish McLennan.

And then there’s the question of retransmission fees paid by cable or pay TV operators to free-to- air TV networks for carrying their more popular channels. US TV networks like the Murdoch’s Fox TV charge the cable companies a fee for transmitting their signals. In Australia, Foxtel refuses to pay a fee to Nine, Seven, the ABC, SBS or Ten. But in his statement, Mitchell said that Free TV would make it an issue and argue for it:

“It’s curious that they find the concept so offensive here, when Fox and CBS have led the US charge for retransmission fees. The absence of a retransmission right in Australia is an outdated anomaly and we will be arguing that it should be fixed as part of the government’s general regulation review.”

Now will Lachlan Murdoch argue for retransmission fees with his free-to-air hat on, and oppose them with his News Corp hat on?

A toxic relationship thaws, but Gillard will have News on her mind

Time for Conroy to deliver