The bad news keeps coming for former mining magnate Nathan Tinkler. Crikey can reveal he has lost a key mining asset in Queensland. 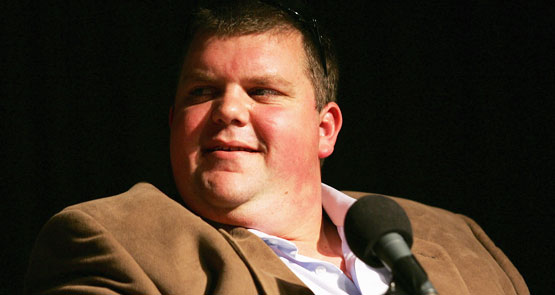 Former billionaire Nathan Tinkler has lost another of his most prized assets, with US investment bank Jefferies taking his 75% share of a lucrative royalty from the Middlemount coal mine in Queensland.

Middlemount, now operated by Peabody Energy and Yancoal, was the project that first made Tinkler’s fortune, and he once valued his share of the royalty, worth $1 per tonne of coal, at roughly $25 million.

The royalty was fully owned by a private Tinkler company, Oceltip Pty Ltd, which is a quarter-owned by his original business partner, Matthew Higgins. A filing with ASIC, lodged by Brisbane-based accountant Pilot Partners Monday, shows Jefferies has taken the three shares held by Tinkler’s own Oceltip Investments.

A spokesman for Tinkler Group said the Oceltip shares had been sold to Jefferies at a profit. Jefferies was “seeking a passive income asset,” he said and, while he would not confirm what consideration was paid for the royalty share, he said Tinkler Group was “happy with the transaction”.

It is all part of a fire sale of assets underway across Tinkler’s empire, with his only other substantial mining asset, Aston Metals, now under administration. Aston Metals owns a range of exploration assets, including the remote, low-grade Walford Creek copper/zinc project near Mt Isa. Receiver Quentin Olde of FTI Consulting is selling the company, with an announcement expected next month. Up to $50 million could be generated by the Aston sale, according to industry sources, although the company owes some $38 million including $27 million to secured creditor OCP and substantial intercompany loans.

“It is all part of a fire sale of assets underway across Tinkler’s empire, with his only other substantial mining asset, Aston Metals, now under administration.”

The home and adjoining vacant block have reportedly been on the market all year, along with another of Tinkler’s trophy homes, at Pullenvale in Brisbane. All have failed to sell. There has been speculation his $12 million spread, Noorinya, at Coffs Harbour’s exclusive Sapphire Beach, was also listed for sale. Tinkler owns another mansion, in Maui, bought for $US15 million in late 2011.  All four properties are encumbered.

Tinkler is believed to owe his main lender, Farallon, as much as $100 million even after the US hedge fund took his main asset — a 19% stake in listed Whitehaven Coal — in June, at a notional agreed price of $2.96 a share.

That transaction repaid some $565 million of debt to Farallon, which lent Tinkler $US634 million for one-year at the end of April 2012. With interest accumulating at rates of up to 15%, the total debt was estimated at more than $700 million.

Tinkler is trying to clear the outstanding Farallon loan balance by selling off assets, including the Patinack Farm horse study he founded in late 2007 and in which he invested as much as $200 million to 300 million.

Tinkler told a court in March that Patinack was worth some $100 million after debt, but he has failed to find a buyer.

According to the BRW Rich List Tinkler became Australia’s youngest billionaire in 2011, at the age of 35, with a fortune estimated at $1.01 billion, after pulling off two remarkable coal deals.

The former mine electrician and his partner Higgins famously put down a $1 million deposit in late 2006 to buy the neglected Middlemount deposit for $30 million, and on-sold it to the late Ken Talbot’s Macarthur Coal a year later for $265 million. Tinkler doubled up his bet by taking Macarthur shares worth some $200-odd million out of that deal. Within six months those shares had doubled and he sold out for $442 million in May 2008.

A year and a half later — after a spending spree on horses, cars, jets and property — Tinkler pulled off a second remarkable coal deal, buying the undeveloped Maules Creek project in NSW’s Gunnedah Basin from Rio Tinto for $480 million, and floating it on the stock exchange nine months later for some $1.2 billion, in the listing of his private company Aston Resources.

But Tinkler over-reached when he took on too much debt to fund a three-way merger between Aston and his Boardwalk Resources with Whitehaven, a deal which was approved in April 2012 as coal markets started to turn south.

The falling value of his Whitehaven stake, combined with a cash-flow crunch across his over-geared empire, put him under extreme financial pressure. None of his businesses  — by now spanning mining, racing, property, infrastructure and sports including ownership of the Newcastle Knights and Newcastle Jets — were profitable, and the asset sales began.

In late 2012 Tinkler was sued by Higgins for his share of the Middlemount royalty stream, but the litigation was settled on confidential terms earlier this year.

* Crikey business editor Paddy Manning’s unauthorised biography Boganaire: the rise and fall of Nathan Tinkler is published by Black Inc. and is on bookshelves now