Not all Australian politicians are ex-lawyers and union hacks. Freelance journalist Henry Belot takes a look at some of the more interesting characters in local government. 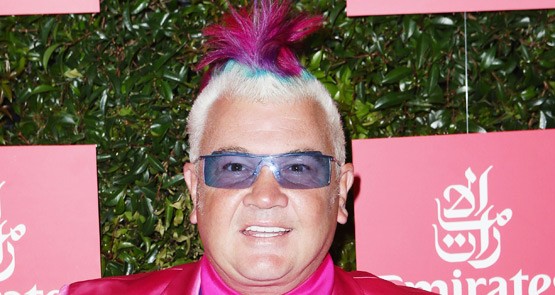 Australian politics is often bemoaned for lacking colourful characters from outside the ranks of legal professionals, union organisers, or former journalists. But not this week.  On a sunny and otherwise quiet Monday afternoon in Geelong, the celebrity paparazzo and former Big Brother contestant Darryn Lyons (pictured above) was crowned the new Mayor of Geelong.

Lyons’ victory comes a week after the larger-than-life Toronto Mayor Rob Ford admitted to smoking crack-cocaine — a man who coincidentally now has a higher approval rating than President Obama. While Bill De Blasio replaced Michael Bloomberg as the mayor of New York earlier this year, residents of the Big Apple will remember billionaire Bloomberg’s swagger about town and crusade against soft-drink. And of course there’s London mayor Boris Johnson, who slide-tackles Germans in celebrity football matches and performs bicycle stunts with no helmet.

But let’s not forget our own colourful mayors across the country. We’ve found a few candidates, but if you’ve got a favourite Australian Mayor who deserves to be on the list, send an email to [email protected].

The mayor of Glamorgan Spring Bay Council was born and raised in the Somme region of France and attended an acting school in Paris for two years after finishing secondary school. Before becoming mayor in 2008, the moustachioed politician sold shock absorbers, starred as a motorcycle rider in the film Mad Max, worked as a broadcaster with the ABC and opened a frog-themed souvenir store in the Tasmanian town of Bicheno. Cadart also starred in a gonzo film entitled Le French Mayor that documented his official duties about town. Mr Cadart also owns a Mayoral scooter and a 28kg English bulldog. Just last week, Cadart was awarded the National Order of Merit from France.

Briffa served as the mayor of Hobsons Bay in Melbourne during 2011-12 and is Australia’s first and only openly intersex mayor.  Briffa was was born Antoinette and raised as a girl, and Briffa’s personal website states that Briffa studied at Mount Saint Joseph’s Girls College in Altona and “lived as a woman until I learned the truth about my condition and sought to found out who I would have been had the media profession not sought to ‘normalise’ me”. Briffa has also served two terms as deputy mayor of Hobsons Bay, chaired multiple advisory committees and was a president of the Genetic Support Network of Victoria. Gina Wilson, a Board Member of the LGBTI Health Alliance has said that Briffa is “an inspiration and a role model for a whole generation of intersex people, both those who have suffered interventions and those who have come to differences late in life.”

Baluch served for 29 years as the mayor of Port Augusta in South Australia and is believed to be Australia’s longest serving Mayor. An obituary published in Adelaide’s The Advertiser described her as a “larger than life” character that “had a love affair worthy of a movie”. Baluch once hosted the local ABC 7.30 Report and made a habit of taking cadet journalists into her office to show them a jar of pickled onions. She reportedly told them they were the balls of journalists who misquoted her. She left school at 14, worked on the railways in her teens, and once rode a camel for charity. Baluch passed away in May this year with her funeral attended by thousands.

Bertrand Cadart has put up his hand (and his moustache) for the Libs at the Tasmanian election, due in March. See http://news.ninemsn.com.au/national/2013/11/20/15/09/french-mad-max-star-to-run-for-tassie-libs.

I’d enjoy seeing Boris Johnson, copy Lyon’s hairdo – he certainly has sufficient thatch with which to work. Remarkably, it wouldn’t detract one iota from anything he uttered.

I’d enjoy seeing Boris Johnson copy Lyon’s hairdo – he certainly has sufficient thatch with which to work. Remarkably, it wouldn’t detract one iota from anything he uttered.