Abbott, that ‘coarse’ diplomat, is in an Indonesian pickle

It is becoming increasingly clear is that Australia's close relationship to Indonesia, developed especially since Yudhoyono has been in office and at its strongest just a couple of months ago, may remain in reverse for a lot longer to come. 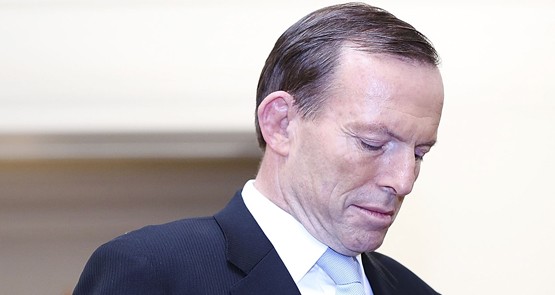 It may be that the letter sent by Prime Minister Tony Abbott to Indonesia’s President Susilo Bambang Yudhoyono will start to calm diplomatic tensions between the two countries. Given political sensitivities in Jakarta, it also may be that tensions will continue in any case, particularly if the letter is deemed inadequate.

But what is becoming increasingly clear is that Australia’s close relationship to Indonesia, developed especially since Yudhoyono has been in office and at its strongest just a couple of months ago, may remain in reverse for a lot longer to come. This is likely to be the case even if the immediate diplomatic row is resolved.

There are three key drivers to the dispute, at least one of which will continue to affect the relationship regardless of the impact of Abbott’s letter. The first driver of the dispute is that Yudhoyono is both angry and dismayed that he, his wife and senior officials had been directly spied on. As a former army general, he was well aware of the vulnerability of mobile phones to intercepts, and he is unlikely to have conveyed particularly sensitive information using it.

But Yudhoyono has gone out of his way to befriend Australia, often to domestic criticism, and now feels personally betrayed. To fix this, a letter and perhaps even a phone call to Yudhoyono are now probably too little, too late. According to senior Indonesian political academic Professor Bahtiar Effendy, Abbott needs to get on a plane and talk this through face-to-face. He will probably also need to propose an intelligence code of conduct.

“The bilateral relationship over the next 10 months ahead of Indonesia’s elections will be, at best, cool.”

This then raises the second driver; Abbott’s diplomatic skills. His comments in Parliament were seen to diminish the importance of the matter and thus entrenched a pre-existing antipathy from Yudhoyono. Abbott had already alienated Indonesia’s political leadership while in opposition, with his “turn back the boats” policy playing very poorly in Jakarta.

This was made worse during his September visit to Bali, when he showed up late for two functions and excluded the Indonesia media from a press conference. Yudhoyono was said to have made sure he did not sit next to Abbott at the APEC summit dinner.

Indonesia’s media, insulted by their exclusion, now regard Abbott as fair game.

The third and now most important driver in the bilateral relationship is that Yudhoyono and his Democratic Party have been tracking poorly in polls and he is seen as a weak leader. Although he cannot stand for re-election in the presidential elections next year, he wants to anoint a successor. To do so, he needs to be seen to be strong. Standing up to Australia is, now, not just an easy option but a necessary one.

It’s also necessary for the rest of the field of likely candidates in the elections. None are as well-disposed towards Australia as Yudhoyono has been and all have jumped on the nationalist, anti-Australia band-wagon.

Regardless of Abbott’s letter to Yudhoyono, the negative perception of Australia will now not come off Indonesia’s nationalist agenda. The bilateral relationship over the next 10 months ahead of Indonesia’s elections will be, at best, cool.

Depending on the outcome of those elections, Australia’s relationship with the growing regional economic and strategic power could turn even colder.

* Professor Damien Kingsbury is Director of the Centre for Citizenship, Development and Human Rights at Deakin University

Beijing's well-documented abuse of Uyghurs and other ethnic minorities has one goal: to destroy entire cultures.

A shift towards supporting Taiwan is sound foreign policy for an Australian government scrambling to rein in China.

When the anti-Australia writings of a once-disregarded columnist are in lockstep with the Chinese government, Australia should be worried.

Best analysis Ive read of this issue so far. The problem with the relationship is Abbott, which won’t improve for as long as he’s there. Abbott couldn’t even muster a sensitive apology.

And where are Abbott’s media supporters in all of this – yes, that’s right, just straight up and down and low key reporting over this debacle, instead of the personal vicious attacks by them levelled at Gillard and Rudd. So much for their professed, genuine concerns about boat people policy prior to the election. Their support was for Abbott all along and what he could do about implementing redisbributive polices skewed to the wealthy. As we are now going to see with the tinkering of the Gonski funding model. Typical. Wake up voters.

Thanks Damien, great article. It looks as if we will be looking back on pre-spying Yudohoyono relations as the ‘good old days’ for some time to come, no matter what the outcome of the election.

Abbott couldn’t get over to Jakarta fast enough to apologise for the all too brief suspension of the ghastly live export trade. You can kill all our cows, fully conscious, nice Indonesians. But don’t dare arc up about spying. Jean Claude Van Abbott won’t stand for that.

Why did Abbott get the letter delivered by a military person rather than a diplomat; is he getting his diplomatic advice from the military?

Why would anyone think Abbott is capable of diplomacy on any level. Just look at his multiple insensitive remarks about people dieing/being killed over the last few years. All that exercise seems to ensure he is flexible enough to keep both feet wedged between his teeth. He is an outright embarrassment.