Why older people should work longer — with some caveats

There are calls to raise the pension age from 65 to 70 as older Australians place pressure on government budgets. What this older Australian (and founding director of National Seniors Australia) Everald Compton -- thinks about such a plan may surprise you ... 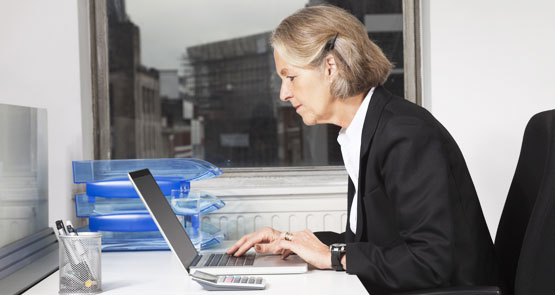 When then-prime minister Andrew Fisher and opposition leader Alfred Deakin worked together to pass the Invalid and Old Age Pensions Act through Parliament in 1908, they asked an actuary for advice on what age most workers could be expected to die, as the government could not afford a huge pension payout.

The actuary replied that the vast majority would not make it to 65, and Fisher and Deakin chose 65 for the pension age. Before that, all Australians had no option but to work until they died.

But as Australians are living longer, a recent report from the Productivity Commission suggests we raise the pension age to 70 (it’s currently 65 and slowly rising to 67), and reform access to superannuation.

The life expectancy of Australians has increased by 25 years over the past century. Millions of Australians will live to a very old age, with many suffering from dementia and Alzheimer’s disease. With more and more people kept alive by costly medical intervention, hospital bills and burgeoning pensions will financially cripple the nation.

Superannuation is also a crucial issue. Unless there’s a huge increase in personal and employer contributions, most Australians will have inadequate superannuation, with its poor returns petering out by the time the recipient turns 80.

To address these problems, employers must start hiring seniors into the workforce. Too many of them have a policy of not hiring anyone over 50 and the worst offenders of all are governments, whose public service regulations force employees to retire early and make it almost impossible for anyone of mature years to apply for a position. We need laws that require employers to have seniors making up 10% of their staff — reforming the pension and superannuation age is no good if seniors are forced onto Newstart instead.

This nation needs a positive plan to turn ageing into an asset.

We won’t get far with it if we follow the coverage in the mainstream media, whose use of headlines such as “Work ’til you drop” trivialise the matter. A more accurate headline would have been: “Australia is the most overpaid, under-worked and uncompetitive nation in the world”.

Side by side, there must be a huge program of preventative health and tele-health to get the nation’s medical bills down, in tandem with an expansion of recreation and tourism industries where seniors can contribute significantly to economic growth. In addition, we will need a huge attitude change to growing old, as it is a time of life where we can contribute wisdom and experience more than ever before.

Essential to it all will be to diminish our sense of entitlement and acknowledge that  Australia owes us nothing. We owe a lot to Australia for the greatest lifestyle in the world.

If we can become a nation of givers rather than getters, the ageing tsunami will lose its sting, and we will lead the world in ensuring that we are a land of opportunity for the vision that comes with greying hair.

*Everald Compton  was a founding director of National Seniors Australia in 1976 and was its chairman from 1986 to 2011. Compton, who is 82, was sacked this month by Treasurer Joe Hockey from his role as chairman of the Advisory Panel on Positive Ageing (Hockey scrapped the panel). Compton has agreed to share his views via Crikey instead.

“Australia is the most overpaid, under-worked and uncompetitive nation in the world”…..big call that…any info to back that up?

We don’t owe a lot to Australia. We owe a lot to the people of Australia (including old people) and now we are going to enforce old people work longer into what was previously retirement years.

The biggest sense of entitlement come from those in the corporate world who refuse to pay their share in income taxes preferring offshore havens; and mining companies who see it as an affront to share super profits from Australia’s mineral wealth, with Australian citizens. And as we have seen of late our elected representatives who spout ‘era of entitlement is over’ rhetoric are only too happy to use the public purse and parliamentary payments for their own private uses.

Now Australians are going to feel guilty for getting old and for being less physically fit than their co-workers. It is one thing to tell the public service or private sector to hire older people, but they just won’t. Enforcing a 10% rate will be cast as nanny-stateish. How can a mining company hire a 10% senior workforce in physically challenging roles? Or where there are other health and medical check requirements.

It is a difficult topic. There is so much more waste within governments that could be cut at the management end and on outsourced programs where rorts continue to eat into revenue, that could be reviewed, instead of targeting older people.

Many older people want to work longer but prefer part-time as it suits their capabilities and other needs, but will employers be willing to work with older employees to negotiate something achievable?

It is no good arguing that ‘in the olden days’ we worked everyone until their death. Do we want to hark back to a more barbaric time and pretend this should be the norm.

I said in a comment on the same issue last week – don’t conflate retirement age and pension age. The govt can set the pension age but we can retire at any age. Even when 65 was fixed as the maximum working age for most people there was nothing to stop people retiring earlier than that and many did. Indeed back in the “good old days” many women were forced to give up work on marriage or having children and never came back. Were they retirees?
It is very difficult now for many over 50s to find alternative work if they become unemployed. So are we just going to keep people on Newstart or the Disability pension until they turn 70?

The author is 100% correct. A nominated retirement age of 65 is totally obsolete given a 25-year increase in lifespan.
All this age antidiscrimation rhetoric is merely that until older people are normalised in legislation. That means the legal right to work, never mind mealy-mouthed feel-good platitudes which are having zero effect on attitudes.
Get over it and get on with it!

The problem is not just the set age – it is also the lack of flexibility.

My father (a university professor) could have happily worked into his 80s. He had to retire at 70. He didn’t want to.

I have had a chronic illness for thirty years and recently had a life threatening condition which I have recovered from but which left me unable to work. I worked in well paid jobs for twenty-five years but then needed some flexibility such as reduced hours – at the very time my peers were getting promoted to the most senior positions. Flexibility was simply unheard of for people of my seniority. I am now on the DSP and cant access my full superannuation for a few years.

My closest friend is 61 and would love to work as long as possible. However his wife has been very ill and is unlikely to live more than five years. He asked his employment for a couple of years off so he could have a few years of ‘retirement’ now to enjoy with his wife. He was forced to retire now – yet he is a world leader in his field of research.

I can think of nine people who have died in one extended family I know. The average age was in the low 60s. For them 60 would seem correct.

Of my uncles and aunts and grandparents who have died the average age is close to 86. For them 70 would be appropriate.

There is no one size fits all solution.